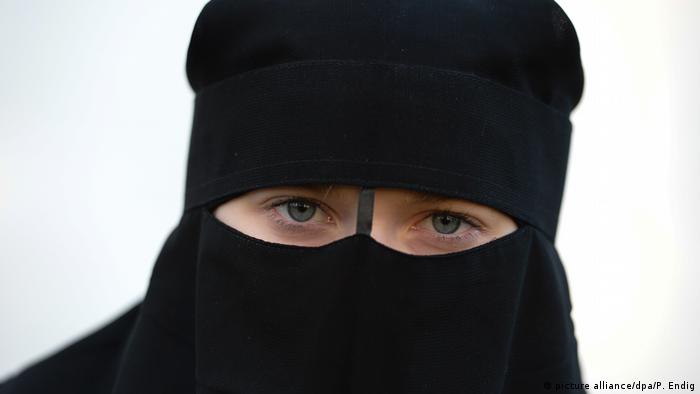 The Hamburg Administrative Court in Germany ruled Monday against an attempt to forbid a 16-year-old student from wearing a niqab during classtime.

Hamburg education officials had earlier ordered the girl's mother to ensure that her daughter did not wear the veil at school.

State law does not currently permit authorities to impose such a ban, the court said in a statement. The girl, who is studying retail sales, has a "right to unconditional protection of her freedom of religion," said the statement.

The ruling, which cannot be appealed, is being met with some controversy. Hamburg's social-democratic education senator Ties Rabe said that to implement the ban, he would seek to change state law.

"No matter what culture or religion prescribes, everyone shows their faces openly at school," he said, according to public broadcaster NDR.

According to Rabe, the school authority believes it's important that children and young people from all cultures and religions can participate in lessons in an equal way. When the face is completely veiled, a line is being crossed that makes a successful learning process impossible, he said.

German education laws are made at the state, not federal, level, but the case harkens to a wider debate around the country about the role of full-face veils in the classroom.

Politicians with Germany's conservative Christian Democratic Union (CDU), the Free Democratic Party (FDP), and the far-right Alternative for Germany (AfD) have all voiced support for a niqab and burqa ban in the past. In a recent case, the state parliament in neighboring Schleswig-Holstein failed to pass a ban on full-face veils in universities and colleges on Monday, following a Green party vote against it. The Green party, however, is divided on the issue, with some also favoring a ban on garments that completely cover a woman's face.

In 2018, the state of North Rhine-Westphalia came under fire for its plan to ban girls under the age of 14 from wearing headscarves or hijabs in school.

The University of Hamburg has become Germany's first institute of higher education to set forth guidelines for religious practice on campus. A 10-member interdisciplinary commission drafted the guidelines. (22.10.2017)