New Year's Eve festivities have been banned by Hamas, the de-facto rulers of the Gaza Strip. The Islamist group says the celebrations were "incompatible" with Islam. 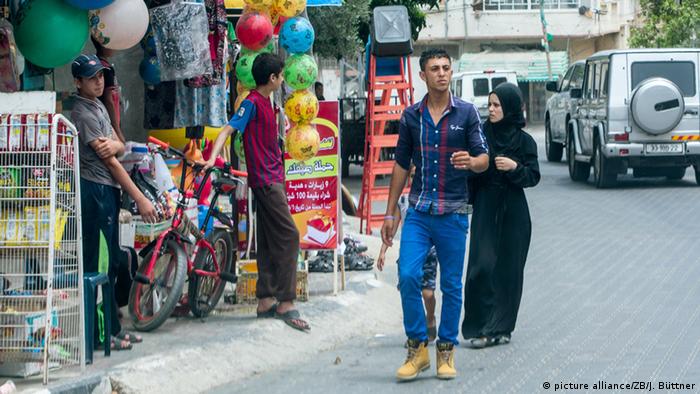 He said the celebrations were "incompatible" with Islam and "a Western tradition in the first place, and we will never accept it in Gaza."

Under the Islamic calendar, the new year began in October, but the new year under the Gregorian - or Western - calendar is widely celebrated across the Arab world.

Restaurants, hotels or halls were denied permits for hosting such events after several venues had requested them.

Parties had also been curtailed in "solidarity with the families of the martyrs of the Jerusalem Intifada," Batinji said, referring to the recent violence in Gaza and the West Bank.

In previous years, venues were allowed to host closed events and, according to Gaza residents, the announcement marks the first time the de-facto rulers of the Gaza Strip have formally banned celebrations in advance.

Since October 1, 136 Palestinians and 20 Israelis have died in attacks and clashes across Israel and the Palestinian territories. The majority of the Palestinians were killed while carrying out attacks, leading some to call the unrest a third Palestinian "intifada", or uprising.

In mid-2014, Hamas and Palestinian President Mahmoud Abbas's moderate Fatah party, which is in charge of the West Bank, formed a consensus government to end the rift between the two enclaves. On the ground, however, many say Hamas still rules Gaza.

Israeli troops have killed a man in Gaza. Troops fired tear gas and live rounds as hundreds of Palestinians, some of whom threw stones, approached a crossing into Israel from the Gaza Strip. (16.10.2015)

The UN Security Council is to hold an emergency meeting on the violence in Jerusalem. A Friday rally has been planned in support of the Palestinians in Berlin, while in Palestine there have been calls for protests. (16.10.2015)