Haiti has abandoned plans to hold a presidential run-off election following street clashes, leaving the Caribbean nation in political limbo. The US had encouraged the country to go forward with the vote. 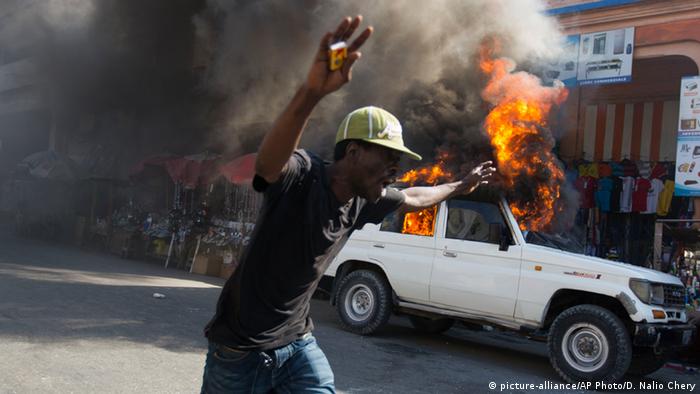 Haitian officials have canceled a presidential run-off election just days ahead of the vote, citing violent unrest in the capital.

Pierre Louis Opont, president of Haiti's electoral council, said the vote scheduled for Sunday was being postponed for security reasons. He did not name a new date.

Thousands of opposition supporters had taken to the streets Friday to call for President Michel Martelly to resign, with demonstrations escalating into riots in recent days.

Fraud allegations had overshadowed the election campaign for weeks, with the opposition accusing authorities of manipulating the first round of elections held in October 2015 in favor of government candidate Jovenel Moise.

As recently as Thursday, the United States had urged voting to go ahead. White House spokesman Mark Toner said the US supported "efforts to dialogue among Haitian actors to enhance the credibility and transparency of the electoral process." 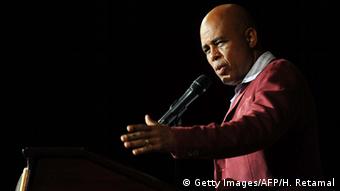 President Michel Martelly is constitutionally barred from seeking re-election and has vowed to hand over to a successor on February 7.

But President Martelly remained defiant, accusing the opposition of dirty tricks of their own. "They want to take power their way, because they can't take it through the ballot," Martelly said Thursday.

This isn't the first time elections have been postponed with polls pushed back last month.

Martelly's term expires next month after heading the country for five years. But a long-standing dispute between the government and the opposition on how to proceed has paralyzed the Caribbean country, considered the poorest in Latin America, with more than 58 percent of its population living under the poverty line.

The political crisis is not Haiti's biggest problem, either. The country remains heavily dependent on international development aid since an earthquake in January 2010, which killed more than 200,000 people.