Prime Minister Ariel Henry has sacked the prosecutor investigating the murder of President Jovenel Moise, just a few hours after the prosecutor called for charges against Henry. 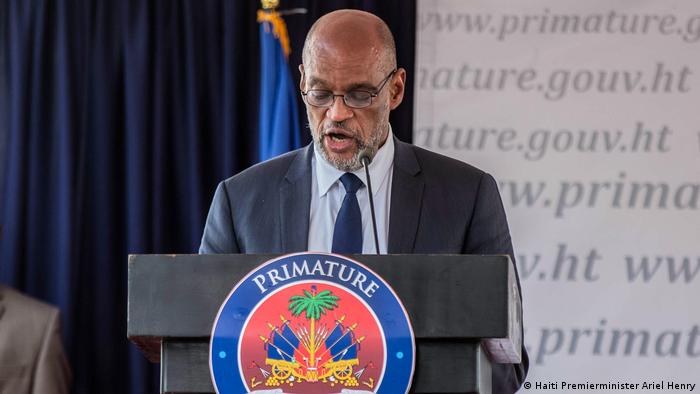 Haiti's chief prosecutor on Tuesday asked a judge to charge Prime Minister Ariel Henry in connection with the assassination of President Jovenel Moise, who was killed on July 7.

Henry subsequently dismissed Port-au-Prince prosecutor Bed-Ford Claude from his position in a publicly disseminated letter. "I have the pleasure of informing you that it was decided to terminate your post," the prime minister wrote.

What did the prosecutor say?

Claude had asked officials to bar the PM from leaving the country earlier on Tuesday. "There are enough compromising elements ... to prosecute Henry and ask for his outright indictment,'' the public prosecutor wrote in a letter to Judge Garry Orelien.

The judge is required to investigate Claude's request and has three months to decide if the facts in the case justify legal action.

Under normal circumstances, the Haitian prime minister can only legally be questioned with the president's authorization. However, Haiti currently has no president. 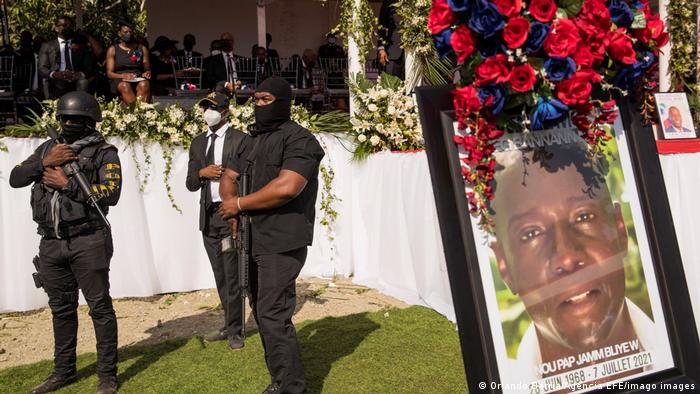 The killing of Jovenel Moise has plunged Haiti into political turmoil

Henry was designated by Moise to take the position of prime minister shortly before being assassinated. He replaced the interim-PM Claude Joseph on July 20.

What is the PM accused of?

The prosecutor said in a two-page report that phone records showed Henry had communicated with a key suspect in Moise's killing on the night the assassination occurred.

Claude said phone calls were made at 4:03 and 4:20 a.m. on July 7, adding that evidence showed the chief suspect, Joseph Badio, was in the vicinity of Moise's residence at that time.

That suspect, a former justice ministry official whom Henry has publicly defended, is currently on the run.

On Monday, Justice Minister Rockfeller Vincent ordered the chief of Haiti's National Police to boost security for the country's top prosecutor because he had received "important and disturbing" threats over the past five days.

Authorities have arrested 44 people in connection with the killing so far, including 18 Colombians and two US citizens.

Moise was shot dead after assailants stormed his private residence in the hills above the Haitian capital, plunging the impoverished nation deeper into turmoil.

At least 1,941 people died and 9,915 were injured in the disaster. The country is coming under even more pressure as a tropical storm batters its quake-hit region.

Haiti grows desperate as aid fails to reach the needy

Frustrated Haitians have attacked supply trucks from aid agencies as food and water dwindled after the Caribbean quake. More than 2,000 died and 12,000 were injured in the natural disaster.