'Hacking for Health' prize awarded to Kenyan team in Berlin

Almost half of all Kenyans can't afford to consult a doctor when they fall sick. A team of young Kenyan IT specialists came up with a prize-winning plan to change that. 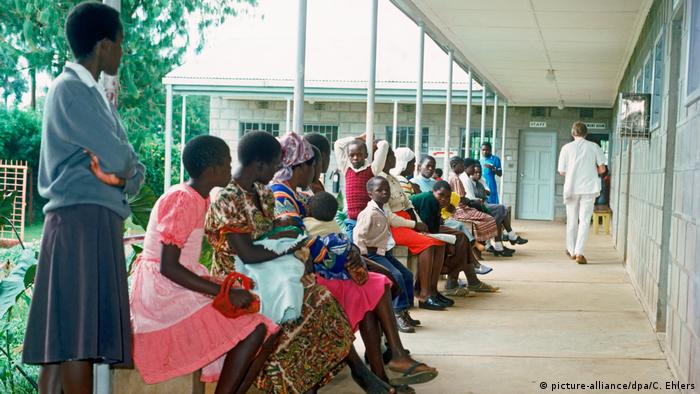 Ethredah Chao had just 72 hours to find a solution to one of Kenya's biggest problems.

"Almost half of the Kenyan population lives below the poverty line. That means that they cannot afford basic healthcare services," Chao told DW.

"They struggle to buy or they have children to take to school, so they end up not thinking of financing their health care. They only think of health care when they get sick and most of the time they do not have the money needed at that moment."

22-year-old Chao and three other Kenyan IT students took up the challenge. They took part in the "Hacking for Health" competition organized by Germany's ministry of international cooperation and development in Nairobi last year. 50 young IT specialists, medical doctors and other specialists were given 72 hours to develop ideas for Kenya's ailing health sector.

Chao's team came up with the best idea, according to a Kenyan-German jury of healthcare professionals, IT experts, company representatives and ministry staff. The award was presented at a conference in Berlin, the "Internationales Deutschlandforum." The conference brought together experts from around the globe to develop ideas for improving global health. 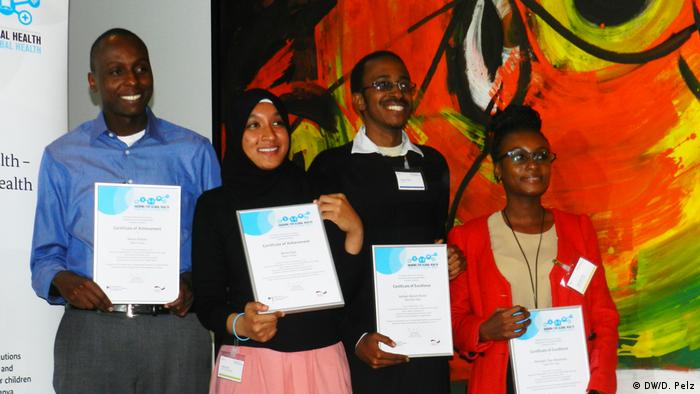 The winning idea is called 'Afya-Plan.' It is modelled along the lines of Kenya's traditional microsaving groups known as 'Chamas'.

"One of our team members and my mother are members of a Chama," team member Jackson Kiarie told DW. There are an estimated 300.000 Chamas in Kenya. Each group traditionally consists of a few members, for instance the residents of a certain neighborhood. Each member has to pay a fixed amount into a common fund, usually at weekly meetings.

The savings of all Chamas combined amounts to some 3.4 billion US dollars (3.2 billion euros).

"The Chamas are using the money for other things at the moment, such as personal development or setting up small businesses," says Chao.

"We thought 'Why not use the same group-saving idea to focus on health care?"

If their Afya-Plan scheme becomes reality, parents could form savings groups and send weekly contributions to an online plattform via SMS, using Kenya's popular mobile payment system Mpesa. If one of their children is sick, they can receive a loan from the group's savings, provided other group members agree. The medical fees are then directly transferred to the hospital or the doctor treating the child.

The borrowers have to repay the loans together with a small fee which would be split between their savings group and the team of Ethredah Chao and Jackson Kiarie. This way they can earn some money for taking care of the online plattform. 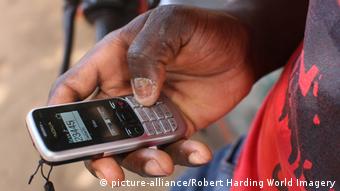 Getting ready for the reality test

"Virtually every woman in Kenya belongs to a group where they usually do merry go rounds of contributing money. Based on the structures that are already there, I think it is a good initative that can actually contribute so that the out-of-pocket payments will be decreased," says Kenyan public health specialist Salome Ngata, one of the jury members.

But there are plenty of challenges waiting for Ethredah Chao and her team.

They still have to find a solution for the event that too many members of their scheme fail to repay their loans. And it is yet to be proven that their plan can also work in other African countries where traditional saving schemes do not exist.

They will get the chance to work on these issues in the next few months. Part of the award they received in Berlin includes getting working space, software and assistance from experienced mentors to develop Afya-Plan further.

The Kenyan Court of Appeal has ordered the release of seven officials of the national doctors' union so that they can continue negotiations with the government. (15.02.2017)

In Malawi, colonial-era laws on homosexuality may have been suspended, but LBGT face ridicule and religious bigotry when trying to access something as necessary and prosaic as medical treatment. (26.01.2017)