Gunmen have stormed the seat of Libya's General National Congress in Tripoli. The attack came as parliamentarians were preparing to elect a new prime minister. 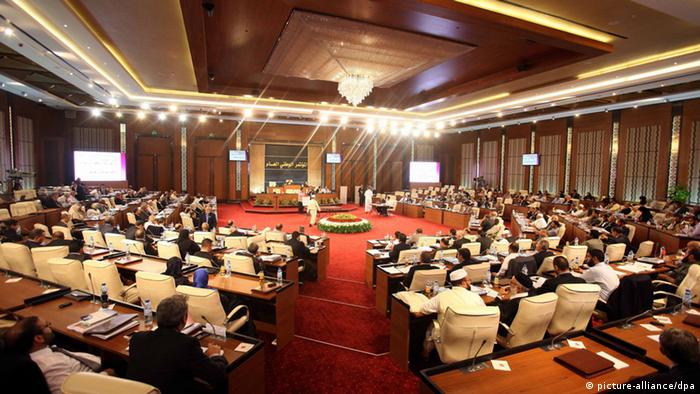 On Tuesday, gunmen stormed Libya's parliament and started shooting, forcing lawmakers to abandon a vote on the country's next prime minister, a spokesman for the legislature said. Omar Hmeidan told the news agency Reuters that the shooting had wounded several people and linked the attack to one of the defeated candidates for prime minister, though he did not give a name.

In Tuesday's first ballot, the businessman Ahmed Maiteeq came out on top among seven candidates. The gunmen arrived before a second round between him and the runner-up, Omar al-Hasi, could take place. A member of parliament told the news agency AFP that the legislature had postponed the prime minister vote until next week.

Reining in militias has proved one of many challenges for Libya's government - no matter who has led it - since the 2011 overthrow of the dictator Moammar Gadhafi, ironically thanks in large part to groups affiliated with the well-armed groups leading attacks on the current administration. The parliament was last stormed by gunmen in early March.