According to unconfirmed reports, gunmen have kidnapped a German woman in the Afghan capital, Kabul. Sources claim the abducted person is an aid worker with the German organization GIZ. 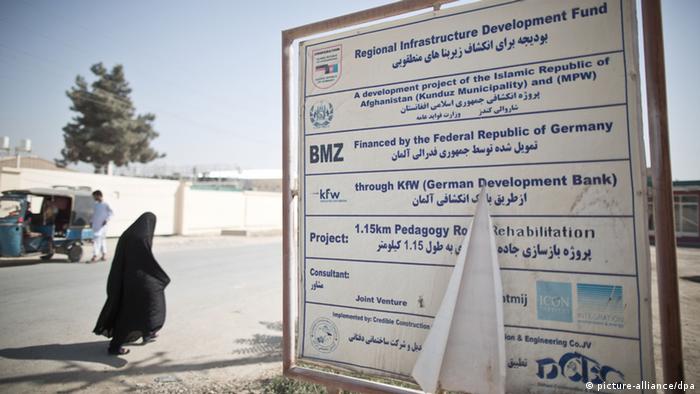 Witnesses said the woman was kidnapped by unknown gunmen early Monday. According to the DPA news agency, the authorities didn't divulge more information about the identity of the abducted person.

As DW continues attempts to verify the reports, a GIZ official and the German Foreign Ministry refused to confirm them.

An Afghan police official told DW's Pashtu-Dari service on condition of anonymity that a "highly secretive operation was under way to find the kidnappers." He added that the security officials were in the area to assess the situation.

No group has claimed responsibility for the abduction.

Faraidon Obaid, head of the criminal investigations department in Kabul, told DW that a foreigner was abducted Monday morning but did not confirm if it was a German national.

"What we can confirm at this point is that at around 9 a.m. Afghan local time (4:30 a.m. UTC), a foreign national was abducted. At this point we cannot share more information as it could harm our investigations of the incident," he said.

In May, a German aid worker kidnapped by the Taliban in Afghanistan succesfully fled his captors, according to his own account of events, after spending more than 40 days in captivity.

The security situation in Afghanistan has worsened since the start of the month. Earlier this month, the Taliban targeted government buildings close to Kabul airport and a police academy, hours after a truck bomb tore through the center of the city. The blasts killed at least 35 people and left more than 250 wounded.

The bombings were the first major assaults in the Afghan capital since the death of Taliban leader Mullah Omar was announced.