A shooter has killed several people at a Shiite meeting hall in Saudi Arabia before dying in a gun battle with police. The "Islamic State" (IS) group is reported to have claimed responsibility for the attack. 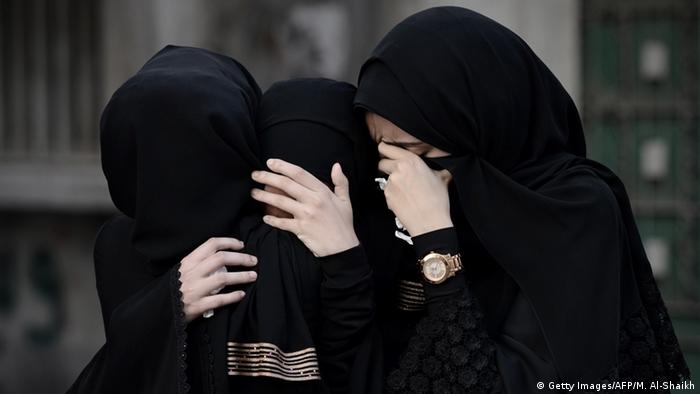 The gunman "started to shoot randomly" at a Shiite hussainiya, a building used for commemorations, a spokesman for Saudi Arabia's interior ministry said Friday. The attack took place in the city of Saihat, in the dominantly Shiite region of the Sunni kingdom.

"As result of his shooting, five citizens... were killed, including a woman. Nine others were wounded," according to a Saudi interior ministry statement.

The Sunni terror group "Islamic State" claimed responsibility for the deadly attack in an online statement: "With the approval of God Almighty, the soldier of the caliphate Shuja al-Dawsari, may God accept him, set his Kalashnikov upon one of the apostate polytheists' temples."

The incident comes two days into the Ashura holiday, when Shiite Muslims mark the killing of Imam Hussein in 680 AD. His death is central to the present divide between Shiite and Sunni directions of Islam.

Shiite security volunteers stopped the gunman before he could enter the hall, according to one witness. The police then arrived at the scene and killed the young gunman in the subsequent skirmish.

The local volunteers are providing additional security during Ashura, after a series of apparently religiously motivated attacks on the Saudi Shiite community.

The Shiite minority in Saudi Arabia have accused the Sunni-dominated regime of not doing enough to protect them. The government in Riyadh has denied the accusation.

"The reality is that they are shedding Muslim blood and destroying Islam. There is no good in them," he said during weekly prayers at a Riyadh mosque.

"They are neither an Islamic state nor mujahedeen or Islamic mercenaries. Their faith is falsehood... their reality is bloodshed and looting," the Grand Mufti added.