Gucci Acropolis rental bid strikes sensitive nerve in Greece | News and current affairs from Germany and around the world | DW | 24.02.2017

A request by luxury brand Gucci to rent the Acropolis has caused Greeks to consider relinquishing management of their national archaeological treasures. Some say it's time for cash-strapped Athens to wise up. 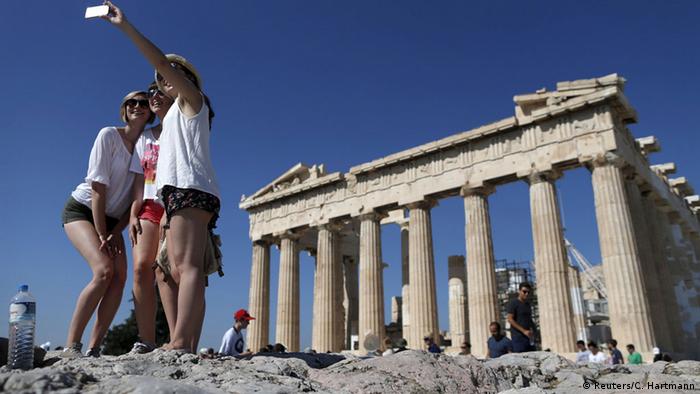 Even to the big, bold and progressive minds here, Greece's decision to slap down a request by Italy's luxury fashion house Gucci to hold a runway show on the Acropolis was largely anticipated.

What wasn't, though, was the public's response, leaving a country divided over whether Greeks should simply stick to conserving their iconic landmark as a beacon of western civilization, or start making a mint out of it, also.

Bureaucrats pick the former. In fact, they insist on it, using every opportunity - including the latest high-profile Gucci gig - to drive the message home.

So, on February 14 and no sooner than Greece's council of esteemed antiquities and heritage management experts were called in the inner sanctums of the culture ministry to meet and review the Italian brand's bid, a rejection had been issued.

The vote was unanimous. The ruling had been rendered rapidly. And what's more, the culture minister rubberstamped the decision instantly, pulling the plug on any compromise deal that could have been reached with Gucci and its promise to inject state coffers with 2 million euros in much-needed cash to assist in the restoration of Greek antiquities.

"We are always open to financial support," the culture ministry said in terse statement. "But the country's dire financial situation does not constitute grounds on which the monument should be ceded."

Debate over the decision took the country by storm. Social media sites clogged up with comments and posts. And mainstream media like "Kathimerini," an Athens daily, lambasted Gucci for "humiliating" Greece with its request.

Greeks have long linked the Acropolis to their national identity. The ministry of culture, also, retains strict control over how the narrative of Greece being the cradle of western civilization is told. The mere notion, therefore, of seeing Greece's prized possession - the Acropolis - put up for rent seven years into a devastating debt crisis, touched a sore and sensitive chord.

"A small nation's insecurity was exacerbated," said renowned writer Apostolos Doxiadis. "But that," he told DW, "is all too often the Greek reaction: dear on symbols, cheap on substance. Culture policy regarding the preservation of our antiquities is totally infuriating.

"There's no shop to show for at the country's foremost museum - the Archeological Museum of Athens," he remarked, citing an example of the culture ministry's failure to manage Greece's cultural legacy. "And yet, Gucci is suddenly the issue?"

With national budgets dwindling and governments across Europe struggling to balance their books, many countries have started to make commercial use of national treasures. Others have unloaded management into private hands. 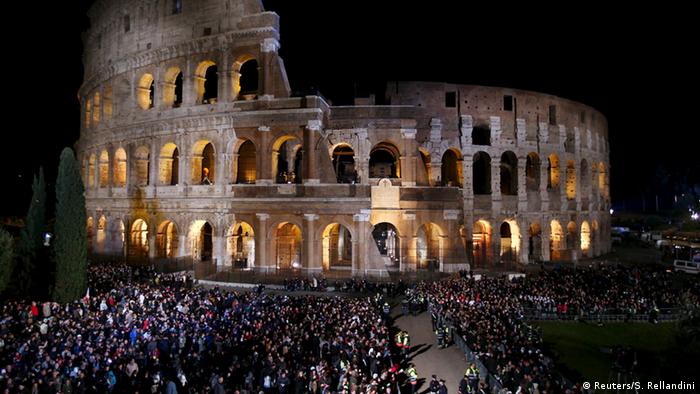 In recent years,Italy allowed a fashion house to sponsor the Colosseum. Britain, also, has been leasing stately estates like Chatsworth House for decades, even selling a large chunk of its fabled Sherwood Forest to plug a gaping hole in the public purse in 2011.

Now, leading academics and archaeologists are increasingly urging the Greek culture ministry to follow suit - if not for the prized Acropolis site, than scores of smaller and less significant ones, scattered across the country.

Who's fit to manage national treasures?

"The culture ministry was right to strike down the Gucci request," Panos Valavanis, a leading Greek classical archaeologist, said. "But you'd think that the financial crisis would have fanned the appetite for private ventures in the field."

Not too long ago, Stephen Miller, an American archaeologist who has spent over four decades unearthing antiquities in Nemea, about 113 kilometers (70 miles) southwest of Athens, went to Greek officials with a promising plan: to allow private companies to buy up unguarded and under-exploited ruins, cutting a share of the tourist-generated profit to the state and the rest divested to the site's maintenance.

"Everyone at the culture ministry thought I was crazy," Miller said in a telephone interview. "And of course they would because the plan's guaranteed success would have exposed the long-running insecurity and incompetence of bureaucrats doing nothing for decades to manage Greece's treasures."


At the time leading archaeologists, academics and scholars supported Miller and his ambitious designs to loosen the state's vice-grip on the management of its treasures. Many still agree.

"But fighting a sclerotic mindset molded in a nation for ages isn't easy," the retired archeology professor conceded. "I never scrapped the plan; just shelved it to take out when the time is right."

That could take a while, a long while.

Greeks are far from ready yet to relinquish guardianship of their antiquities, critics say. It makes them and the culture ministry wary of losing their grip on history and national identity. What's more, credible management is seriously lacking, spooking already skittish Greeks of any privatization scheme for fear of it leading to fresh pillaging and plundering.

"For any such scheme to work," Valavanis, the archaeologist said, "there must be strict safeguards and an effective monitoring mechanism in place. There aren't yet and it is bound to take some time.

"If Greece's financial crisis has revealed anything," he quipped, "it is that the Greek state has proven to be a lousy manager of its assets across the board."

Forced auctions of properties are seen as essential to restore Greece's banking system. But protests have stalled the process. Online auctions could solve the problem, as Pavlos Zafiropoulos reports from Athens. (15.02.2017)