Germany's best-known socialist is again in the spotlight because of his contacts with the Stasi, the East German secret service. So far, none of the allegations have stuck - but new reports appear especially serious. 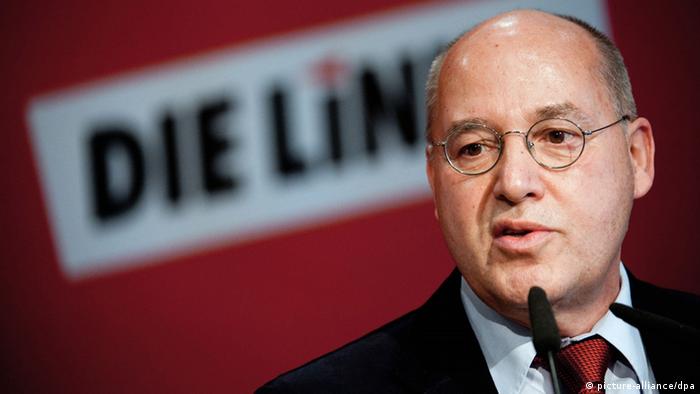 "Mr. Gysi - it's enough" is the title of an appeal signed by 30 members of the Bundestag and former East German civil rights activists. It states, among other things, that as long as Gregor Gysi distorts his role, "we will always remind him of his distortions."

What's meant are Gysi's dealings with the Ministry for State Security (Stasi). Among the signatories of the text, written in 1994, was current Chancellor Angela Merkel, then German Minister for Women and Youth in Helmut Kohl's cabinet.

The East German secret police has long cast a shadow over the parliamentary leader of the Left Party, now 65. Again and again, he has been accused of having been an informal employee of the Stasi and of betraying his clients in his capacity as attorney, among them late regime critics Robert Havemann and Bärbel Bohley. Gysi has always taken legal action against the allegations - and to date, he has been successful.

But, as reported in several major German newspapers over the weekend, newly discovered documents have revealed much closer links to the Stasi than Gysi has previously admitted.

According to Welt am Sonntag, Gysi allegedly met with two Stasi members in 1989, Lieutenant Uwe Berger and a member of the Berlin regional administration for national security.

And the latest edition of the news magazine Der Spiegel reports that the informal employee known as Notary received a certificate and a commemorative coin to mark the 35th anniversary of the founding of the Stasi from the ministry, also known as the MfS, in 1985. Notary was an alias allegedly used by the Stasi for Gysi - a claim the minister has to date disputed.

Gysi has also rejected the latest reports, saying he has "never received any gifts, awards, certificates, medals or money from the MfS," according to Spiegel. 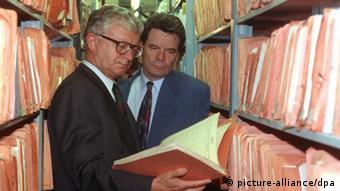 Last week, it was reported that a public prosecutor in Hamburg is investigating Gysi on suspicion of perjury, a case triggered by a suit from a retired judge. He doubts Gysi's claim that he had "at no time knowingly and willingly reported on clients or anyone to the state security." This statement, sworn under oath, came from a legal action that Gysi brought against public broadcaster NDR in 2011. NDR subsequently published a cease-and-desist declaration that it would no longer accuse Gysi of having knowingly worked for the Stasi in the documentary "The Gysi File."

The first accusations were made against Gysi shortly after German reunification in 1990. Files were found in the Stasi Records Authority that suggested Gysi had engaged in spying.

The first head of this institution to be elected by parliament was pastor Joachim Gauck - today Germany's president. In a 1995 report he concluded that "long-standing contacts existed between Dr. Gysi and Department XX". This Stasi unit had control of "preventive circumvention, detection and combating of underground political activity."

According to the report, the Stasi also gave Gysi the code names Gregor and Sputnik. The uncovered documents suggested that "Gysi, as legal representative of opposition citizens, helped promote the interests of the Stasi and passed on client-related information to it."

The fact that, despite this assessment, Gysi has for about two decades successfully defended himself against charges of collaboration with the Stasi is mainly due to lack of evidence. The Gauck report states that according to the documents it was not possible to prove a "formal commitment of Dr. Gysi as an informal employee."

No document with Gysi's signature, in which he can be linked to Stasi activities, has been found. This circumstance makes it easier for Gysi to argue that he was probably used by the Stasi without his knowledge. The majority of the parliamentary immunity committee came to a different conclusion in 1998. With the votes of Christian Democrats (CDU/CSU), Social Democrats (SPD) and Greens, the panel concluded Gysi's Stasi activities had been proved. 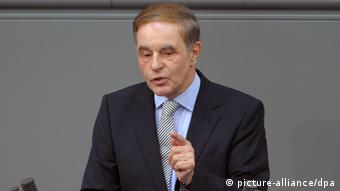 The Party of Democratic Socialism (PDS), the successor to the East German communist party, SED, and predecessor to today's Left Party did not, of course, vote with the majority. But the pro-business Free Democrats (FDP) saw no proof of Gysi's alleged spying activities. The parliamentary secretary of the FDP, Jörg van Essen, discovered "a series of exculpatory pieces of evidence" and statements by Gysi "that cannot be refuted in most cases."

But van Essen also spoke of substantial evidence that indicated Gysi's collaboration with the Stasi. But, following the legal principle of innocent until proven guilty beyond a shadow of a doubt, he stood up for the accused. His conclusion: the actual operation of the Stasi could "no longer be reconstructed."

Gysi's few supporters outside the party include SPD politician Richard Schröder. Like Gysi, he comes from the former East Germany, and is Chairman of the Advisory Board of the Stasi Records Authority. With regard to the Stasi allegations, Schröder told the Berliner Zeitung newspaper that in his view, Gysi "did not violate his sworn statement." And with a view to the investigation of the Hamburg public prosecutor, Schroeder added: "Not every suspicion that is expressed today has substance."

In a statement, the Left parliamentary group wrote that "[c]ampaigns against Gysi and the Left are held regularly before a general election." A fairly accurate perception - parliamentary elections were held in 1994 and 1998. In the years afterward, Gysi successfully defended himself several times against media reports. These often came from newspapers owned by either the conservative Springer group, the left-liberal Der Spiegel and political magazines broadcast on German public television.

Parliament most recently addressed Gysi's alleged Stasi involvement in a special session in 2008 - a year before the last election. At the time, he accused his colleagues of trying "to damage me and to hit my party" for years. In the 2009 parliamentary election, the Left Party under Gysi garnered 11.9 percent of the popular vote. It was by far the party's best result.

Members of Germany's Left party, the descendant of East German socialism, have long known their government has been spying on them. What is unclear, experts say, is the depth of the spying - and its legality. (24.01.2012)

With a new, inexperienced leadership duo, the socialist Left party in Germany wants to follow up on old successes, but that's not going to work, says DW's Marcel Fürstenau. (03.06.2012)

Left party politicians in Germany have caused a political storm - even within their own ranks - by hailing ex-Cuban leader Fidel Castro in a birthday letter. (21.08.2011)