When it comes to pulling together globally in battling climate change, some small island nations have to fight to get their voices heard. Many of them have been wrestling with the effects of climate change for years. 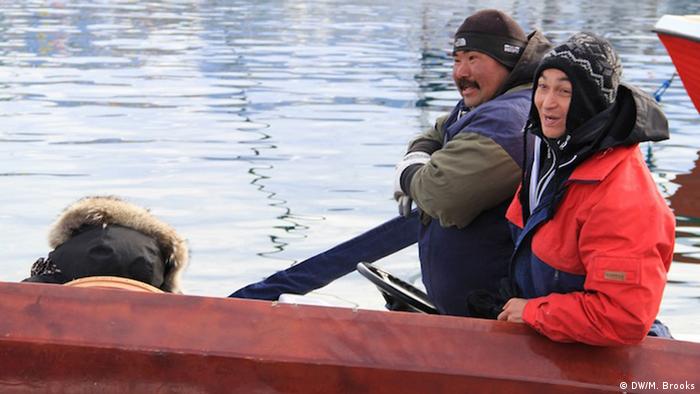 In the small Inuit community of Uummannaq on the northwest coast of Greenland, a 1,200-meter (3,937-foot), heart-shaped mountain forms a dramatic backdrop to a town of colorful houses that dot the rocky landscape. The climate can be unforgiving here with winter temperatures commonly reaching minus 30 degrees Celsius (-22 Fahrenheit). Fishing and hunting have been a way of life in Uummannaq since the town was established 250 years ago. But nowadays, as local fishermen prepare to set out for their daily catch, they have more than just the wind and weather conditions on their minds.

"In wintertime, the ice is a lot thinner than it used to be and a lot of the fishermen who fish in the ice water are unable to catch as much as we have in the past," said Maligiak, a 41-year-old Inuit fisherman. In recent years, he's noticed significant environmental changes that aren't just hindering the fishing industry, but they can be dangerous too. "When the warm wind comes through, it melts everything very quickly and creates larger waves," he said. "Our small fishing vessels are not designed for these big waves, which can damage our boats and equipment." 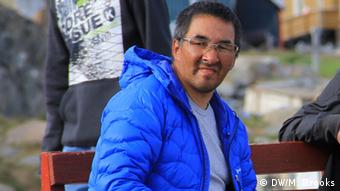 Located on a small island off the Greenland coast, 600 km (372 miles) north of the Arctic Circle, Uummannaq is one of many Inuit communities in the North that are already experiencing the impacts of climate change. Not only is the massive Greenlandic ice sheet melting, sea ice is starting to disappear too.

"The sea ice in Uummannaq now melts two months earlier than it did only a few years ago and the whole year the ice is thinner than it used to be, so it's really dangerous to go out," Maligiak added.

Local residents gathered this year outside of Uummannaq city hall to celebrate the 250th anniversary of the town's founding. The whole community of 1,300 people joined in.

One of the locals was Rene Christensen, who has been living in Uummannaq for 13 years. Originally from Denmark, Rene works as an educator and therapist at a children's home in town. He said he is seeing more and more families facing difficulties in the fishing industry. "Most of the economy in Uummannaq is based on fishing and to be able to go out fishing, they need stable weather and in the winter, they need solid ice cover." 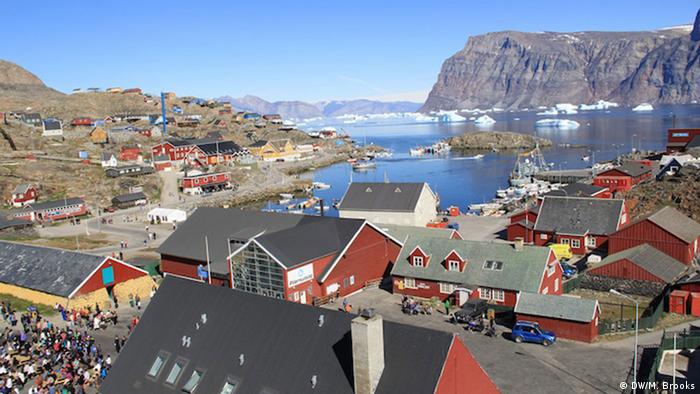 But as the climate has changed over the past 10 to 15 years, there are sometimes periods when ice conditions are very poor and it's too difficult for fishing. A lot of families whose incomes come from fishing have no or very little money, and then have to go on social welfare. "We've seen problems in the last 10 years where families are actually starving," said Christensen, describing the tense situation.

Traditionally, fishers here worked on a dog sled on the sea ice in winter and by boat when the ice melted in the summer. But now, as the ice is melting earlier and becoming less stable, there is a period of several months in the spring when the ice is not strong enough to hold dog sleds but can also not be penetrated by small fishing boats. So fishermen like Maligiak simply can't go out to work.

Local politicians are also concerned about the impact on the people here. Ellen Christophersen grew up in Uummannaq and until recently, was one of Greenland's three representatives to the Danish Parliament. She said that climate change is no longer just an abstract issue for Greenlanders, yet there are few programs to help communities adapt.

Some small projects have been launched, but Christophersen said the world needs to pay more attention to what's happening here. "It would help people here to get financial support in order to develop other areas - especially if the fishermen and hunter would like to choose another way of life." 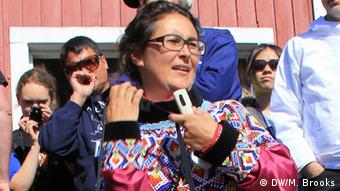 In 2009, the European Parliament banned the trading of seal products produced in or imported to the EU. Christophersen said that the ban has directly impacted communities like Uummannaq - preventing it from being able to supplement its income through the sale of seal products. Christensen is seeing the impacts first hand. "We've seen a huge increase in the number of suicides. And some of the suicides I know are related to people not having any money and being ashamed of not being able to take care of their family," she said.

A recent study by the United States National Oceanic and Atmospheric Administration found that by September of last year, sea-ice cover had retreated to its lowest levels since the beginning of satellite records.

As Maligiak gets into his fishing boat and prepares to set out for the day, he wonders how his community will be able to deal with this latest threat.

Years after whale songs became popular worldwide, scientists still know little about how the mammals communicate with each other. One team of scientists is working to solve the mystery by studying bowhead whales. (10.09.2013)