The question of how to vote in Greece's eurozone referendum has split Nobel economists. Joseph Stiglitz and Christopher Pissarides jointly called for debt relief earlier, but now come out on different sides of the issue. 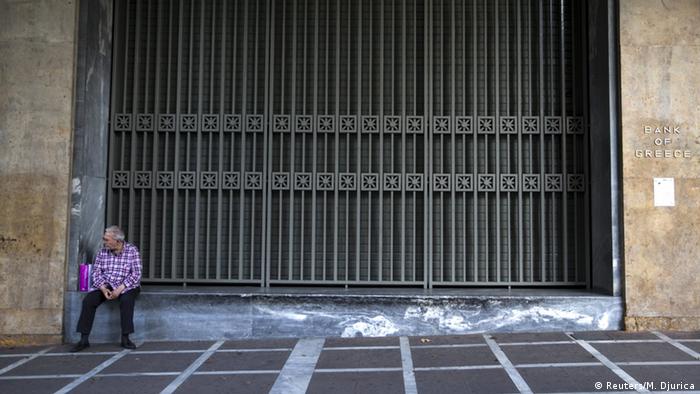 The escalating Greek debt crisis has top economists take opposing views on how they would vote in the upcoming referendum called by Athens for next Sunday. Three Nobel economic laureates took to the media in the past two days to explain their views on what has been called the 'Greferendum.'

Joseph Stiglitz, in a piece for The Guardian, analyzed the economic circumstances surrounding the call for a national vote before weighing both options. "It is hard to advise Greeks how to vote on July 5. Neither alternative – approval or rejection of the troika's terms – will be easy, and both carry huge risks," he wrote.

But a yes-vote, Stiglitz added, "would mean depression almost without end." While it might finally enable Greece to get debt relief and assistance from the World Bank in the next decades, citizens would have to pay a heavy price, Stiglitz noted.

The result could be a "depleted country – one that has sold off all of its assets, and whose bright young people have emigrated."

Voting 'no' meanwhile, "would at least open the possibility that Greece, with its strong democratic tradition, might grasp its destiny in its own hands," Stiglitz argued. While Greece's future may not be as prosperous as its past, he noted, it is to be preferred over the "unconscionable torture of the present."

"I know how I would vote," Stiglitz closed, leaving the reader without a doubt to what its author meant.

Meanwhile, Christopher Pissarides, a Nobel Prize-winning economist, who earlier this year together with Stiglitz penned an open letter in the Financial Times calling for Greek debt relief, came out on the opposite side of the argument. 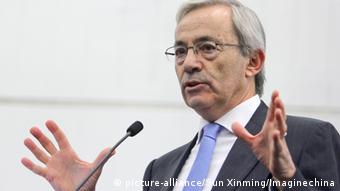 In an extensive interview with DW, he called upon Greeks to vote 'yes' in the upcoming referendum. "I would vote yes and I would encourage everyone that I can to vote yes, because a no-vote would be a complete dead end which would lead eventually to a Grexit."

Pissarides argued that with a no-vote he could not see how Athens could remain in the euro and get liquidity from the European Central Bank to get the economy moving again. "Greece would be going backwards and backwards into more recession."

He also voiced deep frustration with the Syriza-controlled Greek government's handling of economic affairs. "And I have to confess now that I see the whole development of Greek economic policy since the election of Syriza in January, it's really one long story of economic mismanagement."

"I would vote no, for two reasons," Krugman offered. "First, much as the prospect of euro exit frightens everyone — me included — the troika is now effectively demanding that the policy regime of the past five years be continued indefinitely. Where is the hope in that?"

The second reason why Krugman would vote 'no' is because he finds the political consequences of an affirmative vote "deeply troubling." "The troika clearly did a reverse Corleone — they made Tsipras an offer he can't accept and presumably did this knowingly. So the ultimatum was, in effect, a move to replace the Greek government. And even if you don't like Syriza, that has to be disturbing for anyone who believes in European ideals."

A mismanaged bailout is worse than a Grexit

With Greece on the brink and accusations and counter-accusations making the round, one could do worse than look to Argentina to see how a recovery could work, writes Sebastian Dullien. (30.06.2015)