A marathon meeting of Greece's political leaders has ended without agreement crucial for a bailout. The premier was meeting with EU and International Monetary Fund officials in the hopes of ironing out one last detail. 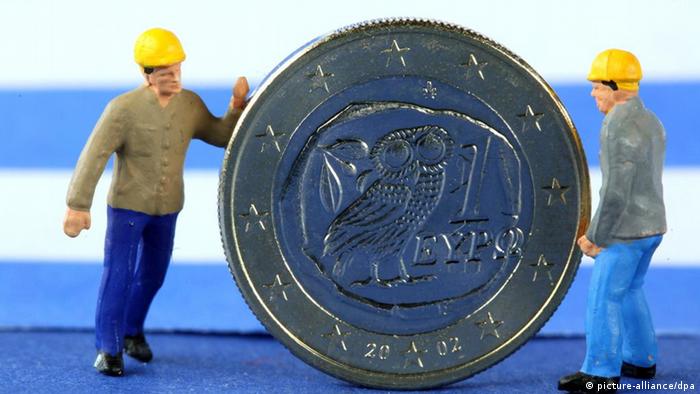 The leaders of Greece's coalition government failed to agree on new austerity measures in a meeting lasting over seven hours Wednesday night.

The steps are necessary to satisfy the requirements of the European Union, the European Central Bank and the International Monetary Fund, known collectively as the troika, who are prepared to support Greece with a second bailout package, worth 130 billion euros ($173 billion).

Prime Minister Lucas Papademos and the heads of the socialist, conservative and far-right parties must approve the contents of a 50-page agreement with the troika for the country to receive the next infusion of cash that it desperately needs to avoid state bankruptcy in March.

The party leaders had "agreed on all points of the program with one exception which requires further inspection and discussion with the troika," he said.

It became clear in the early hours of Thursday morning, however, that the one point of disagreement concerned troika demands for 300 million euros in cuts to state and private pensions - a measure that is unlikely to go down well with most ordinary Greeks.

"This discussion will take place immediately in order to complete the deal before the Eurogroup meeting."

Papademos was referring to a meeting of eurozone finance ministers set by Eurogroup President Jean-Claude Juncker for Thursday to discuss Greece's bailout.

The troika has demanded cuts to private sector wages and pensions, as well as public sector layoffs and cuts to the country's defense, pension and health budgets.

Press leaks have said the plan would include a cut of around 20 percent in the minimum wage and the elimination of about 15,000 public sector jobs.