A journalist who published a list of Greeks with Swiss bank accounts has been arrested and is expected to appear in court on Monday. Costas Vaxevanis faces charges related to breaking privacy laws. 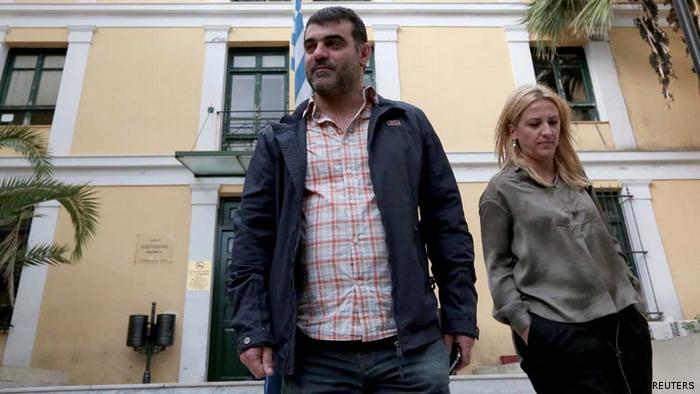 Vaxevanis, the editor of Hot Doc magazine (pictured above), was arrested on Sunday in Athens after a prosecutor ordered his arrest a day before. His magazine had published a list of Greeks who have Swiss bank accounts at HSBC, which had previously been given to the Greek government by France.

Greece is struggling to combat tax evasion and corruption. Last summer, the tax debts reached a record level of 45 billion euros. But so far, the state has recovered just 19 million euros of this debt. (25.10.2012)

The list of just over 2,000 names was handed to the Greek authorities by former French finance minister Christine Lagarde in 2010, earning it the nickname 'Lagarde list.' Lagarde is now the head of the International Monetary Fund, one of three international lenders in a troika charged with managing Greece's international bailout.

According to police, Vaxevanis was arrested for violating laws regarding personal data. He faces a misdemeanor charge.

After learning he was being sought by police on Saturday evening, Vaxevanis said on Twitter, "instead of arresting thieves and ministers breaking the law they want to arrest the truth."

A police official quoted by Reuters added that there is no proof anyone on the list broke the law or participates in tax evasion by having a bank account in Switzerland.

The list has angered some Greeks who are struggling to get by after several waves of austerity measures implemented by the government to secure international bailout funds. They believe the government hasn't done enough to investigate potential tax evaders. Since the delivery of the list in 2010, some Greek officials seem to be unsure if they even still have it.