The Greek opposition and Athens' local mayors have accused the government of allowing an oil spill to spread unchecked. But the government says everything is under control and all will be "forgotten in a few days." 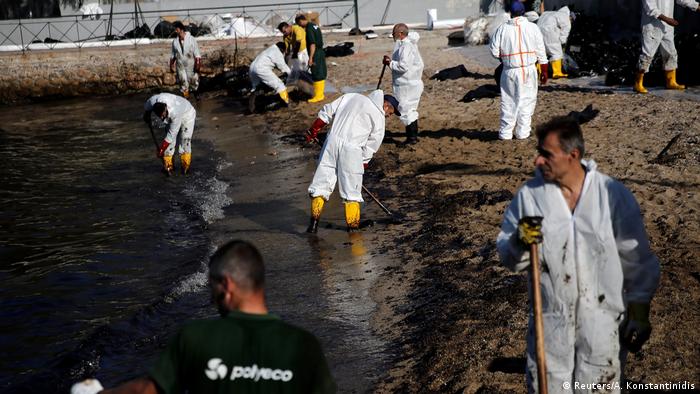 Greece's main opposition party called on Thursday for the nation's merchant marine minister, Panagiotis Kouroumplis, to step down, stating that the official had botched the cleanup of a weekend oil tanker spill that has caused a stinky, black slick to reach the Athens coast.

"The prime minister [Alexis Tsipras] should accept his [Kouroumplis] resignation," the head of the New Democracy party, Kyriakos Mitsotakis, said. He reiterated his call on Twitter, accompanied by photos showing the ongoing cleanup efforts along the capital's coast.

Reuters reported that as the tanker sunk on Sunday, Kouroumplis was in London for a shipping conference and did not return to Greece for several days.

Why the Agia Zoni II tanker sank remains mysterious. The vessel was anchored near the island of Salamis, and the ship's owners said the tanker was in seaworthy condition. The vessel spilled around 2,500 tons of fuel into the Saronic Gulf's waters.

"How can a ship sink in the harbor in mild conditions?" Mitsotakis asked.

Read more: The legacy of Deepwater Horizon: What researchers learned about oil spills 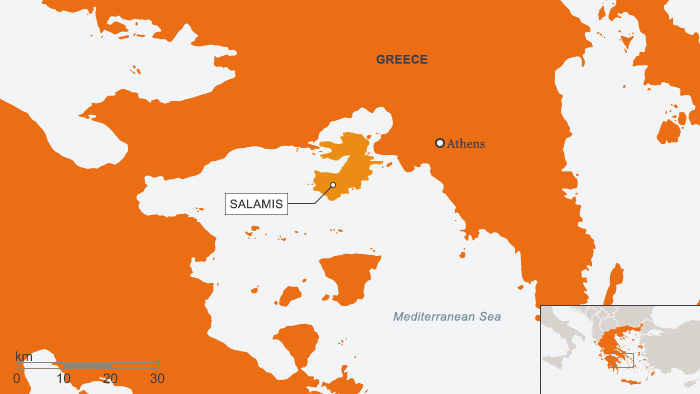 'Forgotten in a few days'

Despite the government's promises of a quick cleanup, by Thursday the oil had spread from the Salamis' beaches to the popular and wealthy coastline near Athens.

The government has denied all accusations of incompetence and insisted it is doing everything in its power to deal with the oil spill as quickly as possible. The European Union has also contributed a cleanup vessel to assist in eliminating the oil.

"A giant operation is under way," Kouroumplis told Greek state news agency ANA. "Everything will be clean in 20-25 days."

"The entire affair will be forgotten in a few days," he added. 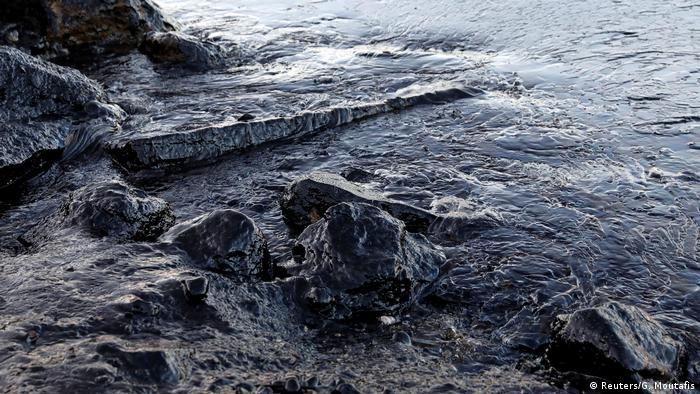 Oil coats rocks off the coast of the island of Salamis

However, local politicians in the affected Athens coast expressed concern and anger about how the oil spill cleanup had been handled. Many mayors also told beachgoers and fishermen to avoid the areas contaminated by the oil.

The mayor of Glyfada, an Athens suburb whose shores the floating fuel has reached, told the Greek television network Skai TV that no one thought the oil would reach them.

"If someone had warned us even on Tuesday, we would have taken precautions," Mayor Giorgos Papanikolaou said. "We must act quickly to prevent long-term damage."

He announced on Facebook that he planned to sue those responsible for the environmental damage, though he did not identify who that would be. The tanker's captain and chief engineer, the only people on board the ship at the time it went down, have been charged with negligence and released until trial.

Worries for the environment

Environmental groups also expressed concern about the potential ecological effects of the oil spill and laid blame on the government.

Dimitris Ibrahim, Greece's campaign director for the environmental organization Greenpeace, was incredulous that a "relatively small" amount of oil could spread unchecked over such a distance. He, too, faulted the government for its handling of the accident and its aftermath.

The oil-polluted waters of the Saronic Gulf are home to a variety of marine life including dolphins, turtles, fish and sea birds. It also hosts numerous refineries and Greece's primary port, Piraeus.

A ferry carrying 140 passengers has crashed into a pier on the main island of Gran Canaria, prompting an oil spill. But local authorities said emergency response teams tackled the spill "in record time." (22.04.2017)