Despite being held in pre-trial custody, a parliamentarian and member of Greece's far-right Golden Dawn party wants to take part in official debates and votes. Most Greeks call the party a criminal organization. 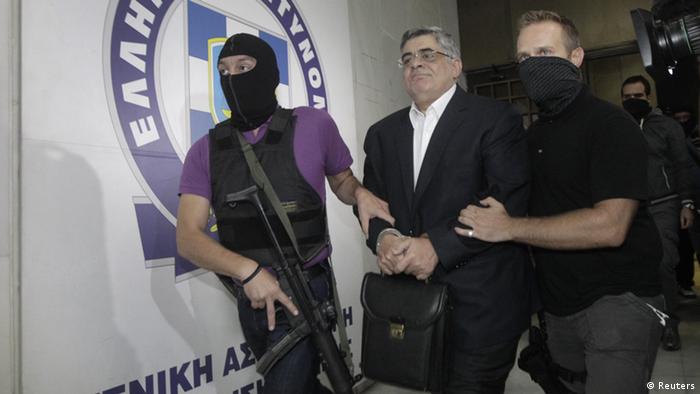 The head of the far-right Golden Dawn party, Nikos Michaloliakos, will remain in pre-trial custody, Greek judges decided Thursday morning (03.10.2013) after a long night of reviewing the remand in custody. Michaloliakos is accused of having turned the party into a "criminal organization." Christos Pappas, the head of the party's parliamentary group, and Yiannis Lagos, in charge of unions will also remain in custody.

On Tuesday, a judge surprised the public with a decision to release three other members of the party's leadership until the beginning of their trial. Ilias Kassidiaris was among them, who, according to prosecution, is a spokesman and leader of Golden Dawn.

Observers spoke of a blow to Prime Minister Antonis Samaras. On Monday, Samaras had announced that he would "squash" the right-wing extremist party. Other observers questioned whether prosecution lawyers had prepared their accusations properly.

Ilias Anagnostopoulos, a professor of criminal law at Athens University, said the judge had to decide on a case-by-case basis whether the defendants had to remain in custody. He added that the decision was based on the evidence on the table, the defendant's personal character and on whether there was a flight risk or a risk of recurrence. "Expectations are high, and the media only intensifies them," the legal expert said. "That's why there are calls for quick punishment."

How to deal with Golden Dawn in the future? 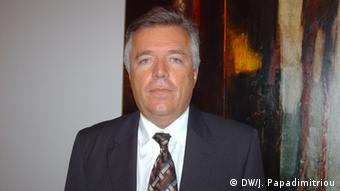 The government also intensified the public's expectations by suggesting that "quick action could compensate for all the shortcomings in the past," said Kostis Papaioannou, the chairman of a Greek commission for human and civil rights. He said the government ought to show some self-criticism. After all, public institutions remained silent and passive towards the right-wing extremist party for a long time, Papaioannou said.

A poll by VPRC for the rizopoulospost.com website showed that 68 percent of Greeks regard Golden Dawn as a criminal organization.

Since democracy was restored in Greece after the end of the military dictatorship in 1974, there have not been criminal proceedings against any incumbent members of parliament. That's why authorities are unsure about how to deal with Golden Dawn from now on. The party currently has a total of 18 seats in the parliament. Six of the MPs have now been accused of setting up a "criminal organization." It's not possible to ban Golden Dawn altogether because the Greek constitution doesn't allow for a political party to be declared illegal.

Some members of the Greek public even believe the defendants should be allowed to participate in parliamentary debates and in votes from their detention cells. The politicians asked the parliament's president, Evangelos Meimarakis, in a letter to "make all necessary arrangements" for party leader Michaloliakos, who's currently in custody, to take part in a plenary session. That would mean that the right-wing extremist politician would step up to the lectern, accompanied by police, and would be taken back to prison after his speech. The parliament's president denied his responsibility in this matter and told Michaloliakos to raise the issue with the public prosecutor's office. 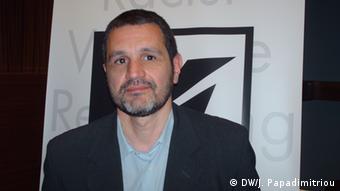 Papaioannou said Golden Dawn needed to be broken up

"Participation in parliamentary sessions requires physical presence," said Anagnostopoulos. He argued that members of parliament, who are in prison, are not allowed to participate in parliamentary debates or votes. But nobody was keeping Golden Dawn members from pursuing other activities, such as issuing political statements and giving interviews, he added. Members of parliament who are out of custody were not subject to any constraints whatsoever, Anagnostopoulos added.

Revoking the mandate of a member of parliament, he added, was only possible on the basis of a final judgment in the case. Bringing in a charge against somebody was not enough, he added.

Human rights activist Kostis Papaioannou has been of the most severe critics of the right-wing extremist party for a long time. But he said he believes now was not the time for aimless activism or feelings of revenge.

"Breaking up Golden Dawn is a question of survival for Greek democracy," Papaioannou said. "We do believe indeed that our democracy has the right to defend itself."

He also stressed that Greek democracy could only defend itself within the realms of law and order.

The fatal stabbing of a rapper has prompted mounting calls in Greece for the banning of the far-right party Golden Dawn. Civil servants remain on strike for a second day over planned job cuts wanted by creditors. (19.09.2013)

An Athens court has remanded the leader of Greece's Golden Dawn neo-Nazi party Nikolaos Michaloliakos and another party parliamentarian in pre-trial custody. They deny charges of running a criminal organization. (03.10.2013)