Greece has filed criminal charges against "persons unknown" in a suspected plot to overthrow the government and assassinate the former prime minister in 2008 over his pro-Russian policies. 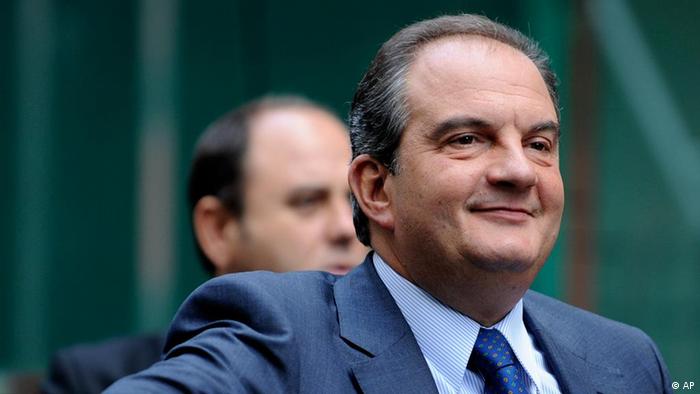 Judicial officials said prosecutor Nikos Ornerakis opened the official probe into "a plot to commit high treason" after interviewing intelligence officials and members of the former prime minister's security team as part of a preliminary investigation.

The plot was reportedly meant to spoil Karamianlis' plans to improve energy ties with Russia, which included negotiations over the South Stream gas pipeline from Russia to central and southern Europe.

It is still unclear who was behind the plot, which was first reported in Greek media last summer, citing a Russian secret service document.

Ioannis Corantis, who led the Greek National Intelligence Service at the time, told the AP news agency that he was among those interviewed, and confirmed reports that the Russian Federal Security Service (FSB) had passed on intelligence about the alleged plan.

"The information was given to us by an official of the FSB," said Corantis, who is now a member of parliament with the far-right LAOS party. "This concerns events that supposedly happened in April 2008. We at the NIS were informed in January or February of 2009. I am not in a position to say what could be investigated further by the special prosecutor."

Corantis added that the criminal charges made "clear that this is serious and that it requires further investigation from the special prosecutor who will take over the case."

Karamanlis was prime minister from 2004 to 2009, and has been widely blamed for failing to prevent Greece's sovereign debt crisis that has shaken the entire eurozone. He has kept a low political profile since losing a crushing defeat to the Socialists in 2009, but his New Democracy party has regained some ground under a new leader and now leads opinion polls ahead of parliamentary elections expected in April or May.