The blast took place close to the ancient Temple of Olympian Zeus. The cause of the explosion is not yet known, although pictures from the scene show significant damage to several buildings. 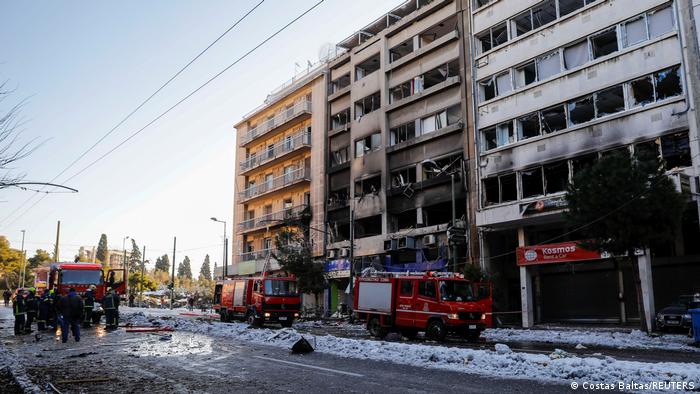 A loud explosion caused serious damage to a multi-story building in the Greek capital Athens on Wednesday morning.

Three people were injured in the blast, according to fire department officials. One of the people injured was a 77-year-old man who was taken to the hospital with burns. The other two were treated for smoke inhalation.

The explosion happened some 200 meters (656 feet) from the ancient Temple of Olympian Zeus. The blast was reportedly heard throughout the city.

Videos from local media showed that windows and facades of buildings on the other side of the street — Syngrou Avenue — had also been destroyed in the explosion.

"At the time of the explosion I was exactly across from the building, it was strong, really strong, (you see) the buildings around it," taxi driver Christos Chalkias told Reuters news agency. "The explosion sent us two lanes to the right," he said.

The cause of the blast is under investigation. Greek media cited the fire department saying that it could have been caused by a gas leak, but crime investigation teams were also called to the scene.

As such, police have cordoned off the area and kept people at a distance of 150 meters.

Rescue workers were searching through the building, which had caught fire, to look for people trapped inside. News channel Skai reported that according to locals the building had been empty and was being renovated.

Some 18 firefighters and seven vehicles were at the scene to battle the blaze.

The incident happened days after an unusually heavy snowstorm first hit the city and brought traffic and several services to a halt. 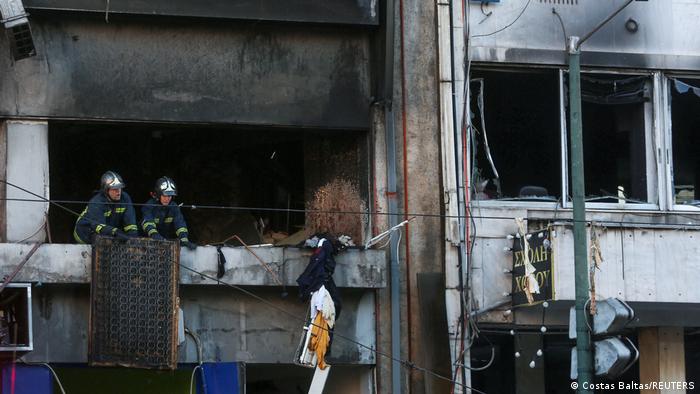