South Sudan's conflict, now entering its third year, is having a deadly effect on press freedom. Journalists have been murdered and detained. Now that a peace deal has been signed, many hope for change. 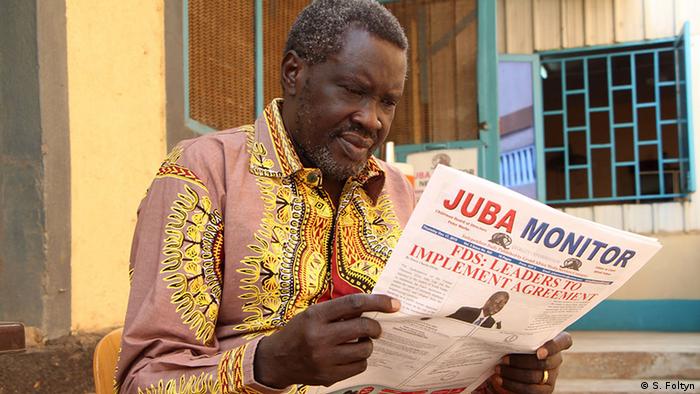 When Alfred Taban worked as the editor-in-chief of a daily newspaper in Khartoum, he became accustomed to regular harassment. He was frequently detained and even tortured by security agents.

"I got into the bad books of the government because my newspaper was championing the cause of separation of South Sudan," he said.

But when the cause he had backed finally materialised and South Sudan became independent in 2011, he didn't expect the oppressive legacy of Sudan's regime to live on in his own nation.

"I thought in Juba, things would be different," said Taban, who is now editor-in-chief of a daily called Juba Monitor. "But the same tactics that were used in Khartoum are also being used in Juba."

As with everything else in the world's newest country, the media sector had to be built from scratch. Laws had to be written, journalists trained and authorities made aware of the value of a free press. Modest progress was made in the first two years of independence. But when the country descended into a brutal conflict in 2013, much of it was reversed.

Since December 2013, at least eight journalists have been killed in South Sudan. The Committee to Protect Journalists (CPJ) ranked South Sudan as the second worst country in Africa (surpassed only by Somalia) and fifth globally in the impunity index, highlighting the failure to bring persons who kill or attack journalists to justice.

Moreover, journalists report frequent obstruction and harassment by authorities, with at least one journalist currently behind bars. Newspapers are regularly confiscated and several media outlets, including the Citizen newspaper and Free Voice radio, have been indefinitely shut down. According to UNESCO and the Union of Journalists of South Sudan, at least five to ten cases of media freedom violations are reported every month.

Taban recalls the last time his paper was silenced in September this year, after he wrote a column denouncing the army's heavy-handed approach in dealing with tensions in Wonduruba, a town in Central Equatoria state that has recently witnessed a surge of violence. When he received a call from the National Security Services (NSS) ordering him to stop publishing his paper, Taban, known for his outspokenness, asked for the request to be put in writing. 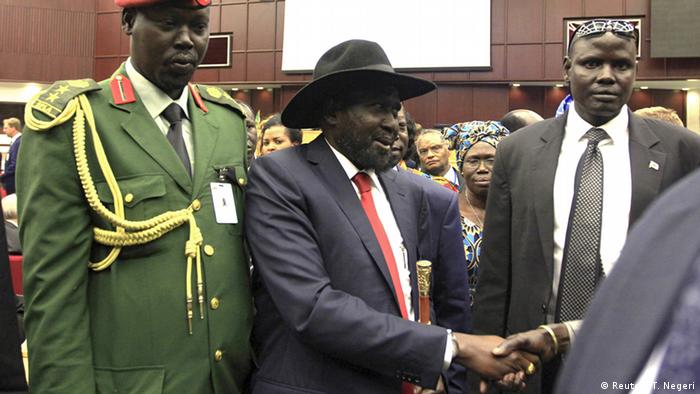 "The NSS had no right to stop newspapers from publication. I was going to take them to court, but I needed a document. They refused, saying they are not in a habit of issuing letters," Taban told DW. South Sudan has passed several media laws to protect journalists, yet few of the provisions have been implemented.

With the onset of the conflict, journalism grew increasingly politicized. The government regularly accuses both local and foreign journalists of supporting rebels when criticizing the government or giving a voice to Riek Machar's opposition. In February, Minister of Information and Broadcasting Michael Makuei threatened to shut down media who published interviews with rebels.

But there's a flipside to the story, said Edward Terso, the secretary general of the Union of Journalists of South Sudan.

"There are people who enter the media with their own motives, they are not really journalists," said Terso in an interview with DW. "As much as we try to help journalists to secure their freedom, we also discover they have a lot of gaps to be filled."

Several media organisations, including DW Akademie, have been training journalists on professional standards, media laws and code of ethics in order to minimize grounds for confrontations with authorities. The Union of Journalists has also begun training authorities on the rights of journalists spelled out in the country's media laws. But fundamentally, the climate is unlikely to change unless a recently signed peace deal starts to take hold.

"If the peace agreement is implemented in letter and spirit, also the media will have more space," said Terso.

The crackdown on the freedom of the press has had a ripple effect through society and government institutions. Many journalists shy away from pursuing sensitive stories, which has had a detrimental effect on the transparency and accountability of those in power.

"The most unfortunate part is that sometimes certain politicians fear to be interviewed," said Anthony Mogga, who used to be a journalist for Free Voice radio, a Dutch media development organisation and radio station shut down in August this year. Mogga had tried to investigate the use of public funds, but was unable to access information.

"Members of parliament would tell me I'm wasting my time. If even your sources are scared, that means the intimidation doesn't only concern the press," said Mogga.

The Arab Spring happened five years ago but this is not an anniversary to celebrate as Tunisia remains the one success story. But that hope for freedom has inspired some African countries. (17.12.2015)

Four years after gaining independence, South Sudan should be a country of hope but its people are on the edge of starvation. Analysts blame warring parties for the lack of political will to end a two-year civil war. (14.12.2015)

The UN has appealed for $20.1 billion (18.6 billion euros) in aid next year to respond to a staggering number of conflicts and disasters. Last year donor governments only provided 49 percent of the UN appeal. (07.12.2015)