Two newspapers in war-torn South Sudan say the government has shut them down in an apparent crackdown on independent media. The move comes as the warring factions face an August 17 deadline to end their civil war. 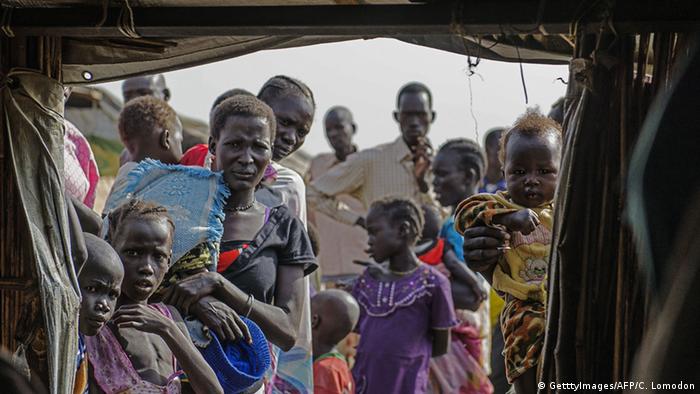 One of the South Sudanese newspapers that has been closed down is The Citizen. DW has been talking to editor-in-chief Nhial Bol Aken.

It happened on Tuesday afternoon. A security officer called me and said that they had been given an instruction to close us down. So I went and asked them what was the problem and they told me that the problem was that I have written an article complaining about the peace agreement, to be signed by the government, on July 28th and also that we have run an article about the opposition political parties, who are also complaining about the peace talks. So these are the things they told me and until now there is nothing new.

Do you have a copy of the letter authorizing them to close you down?

No, there is no letter.

What reasons are the authorities giving for this media clampdown?

I get the impression that it is difficult for the media to operate at the moment. What opportunities do people have in South Sudan to get objective news?

There is no opportunity any more.

Your newspaper is still online. Are you free to report online or is the situation the same?

What about other media institutions. How free are they to operate?

The problems are the same and are also faced by another newspaper Al Rai. They were closed down on the same basis - that they are not observing government policies on the peace talks.

This is not the first time your newspaper has been closed down. Do you think this is a temporary move?

It is a move intended to silence the media. They just want everybody to say we don't want the peace talks with rebels.

And how are the rest of the media coping?

They are not writing anything. They are running stories that have been run by other media houses outside the country - three or four days late.

South Sudan is in a deep crisis. Where is the country going and what needs to be done in your opinion?

This country has already collapsed. The rule of law is no longer there. If there is a crime we have committed why don't they take the case to court rather than shutting us down. We have about 78 people - with families - working for us. How are they going to live?

Are there any media institutions that are still operational?

There are about seven newspapers that are still operating, but they are under the influence of fear. They are afraid to run their institutions and at some point journalists abandon their profession because they are being intimidated all the time.

Nhial Bol Aken is editor-in-chief of The Citizen newspaper in Juba.

The US President has appealed to East African regional leaders to strive to end the South Sudan conflict. He also praised host country Ethiopia's fight against militants in Somalia, but challenged it over democracy. (28.07.2015)

South Sudan's government has denied it committed atrocities against civilians as alleged by Human Rights Watch. (22.07.2015)

South Sudan is marking its fourth anniversary of independence, but the civil war is threatening to reverse progress made since the birth of the young nation. Lofty speeches would be out of place, writes Daniel Pelz. (09.07.2015)