Google turns 20: In search of next multibillion-dollar company | Business | Economy and finance news from a German perspective | DW | 04.09.2018

Google turns 20: In search of next multibillion-dollar company

From a humble beginning in Stanford dorm rooms, Google has emerged as one of the biggest internet successes. But growing competition, overreliance on ad revenues and privacy concerns pose new challenges for the company. 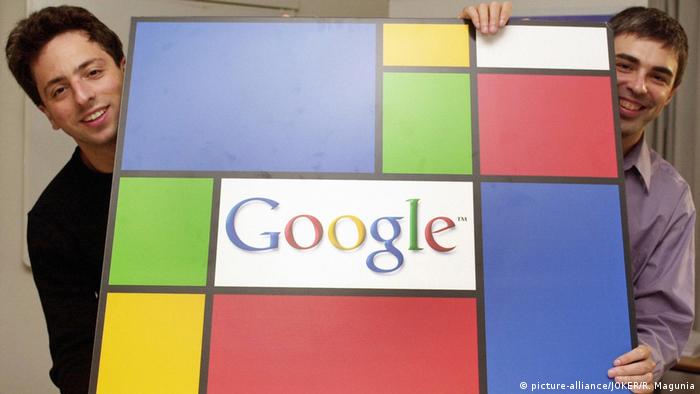 It all started with a chance encounter.

Larry Page, an engineering major from the University of Michigan, was visiting Stanford University to figure out if he would seek admission to the prestigious institute. Taking him around the campus was a certain Sergey Brin, a student in the computer science department.

The two hardly clicked, debating and disagreeing about nearly everything.

But a year later, working out of their dorm rooms, the two came together to build a search engine, BackRub, that showed results by ranking the trove of documents on the World Wide Web based on relevance.

The search engine was soon renamed Google, after googol, the term for the numeral 1 followed by 100 zeros.

Google soon caught the attention of Silicon Valley investors, including German co-founder of Sun Microsystems, Andy Bechtolsheim, who invested $100,000 (€86,000) in the search engine in August 1998.

It marked the birth of Google Inc. With fresh funding under their belts, Page and Brin moved their base to a garage — Google's first office. The garage was owned by Susan Wojcicki, the current chief executive of YouTube, a Google unit.

Billions of searches later, Google, now a unit of Alphabet — the holding company that isolates the core search and advertising business from other businesses — remains one of the most remarkable internet successes.

The single biggest achievement of Google over the past 20 years has been "monetizing search," GlobalData analyst Avi Greengart told DW.

"Someone would have stumbled upon Google's algorithm, but Google managed to turn it into an advertising business that — despite huge investments in cloud services, Android, and moonshots — still generates the vast majority of the company's profits," he said.

Google is a market leader in search advertising, accounting for over 70 percent of the global revenue. Its advertising business is the company's financial engine, contributing about 90 percent of revenue. 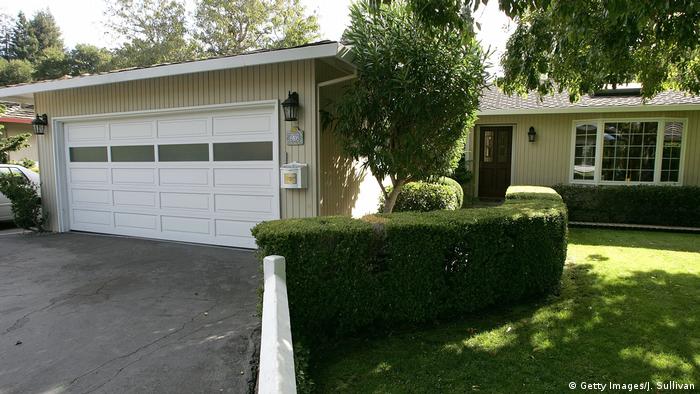 Many analysts doubt the sustainability of the company's heavy reliance on its ads business.

"Google's biggest challenge is growth beyond its ads business," Patrick Moorhead, an analyst with Moor Insights and Strategy, told DW.

Earlier this year, research company eMarketer forecast that Google and Facebook, market leaders in the US digital ad market, will see their combined market share fall for the first time this year as smaller rivals such as Amazon and Snapchat seek a larger share of the pie.

"The largest ad revenue-based net business has now averaged 23 percent growth for 34 straight quarters and shows no signs of slowing," Mahaney wrote in a note to investors. "The company's investments in Cloud, Internet- connected homes, and autonomous vehicles potentially set the company up for more years of premium growth & profits."

Google, as is the case with other major technology companies, has been in the spotlight over how it handles user privacy and data, especially after the Cambridge Analytica scandal that hit rival Facebook hard.

In July, The Wall Street Journal reported that third-party app developers were scanning the inboxes of Gmail users who had signed up for email-based services. The revelation came more than a year after Google said it would stop sifting through emails to personalize ads.

"What will define Google over the next 10 years will be its ability to keep its ad business humming while at the same time protecting consumer privacy in a way they are aware of," said Moorhead. "Trust is the bottom line. Should we and can we trust Google?"

Google will be tested as countries introduce new laws calling for stronger data protection. The European Union in May passed the General Data Protection Regulation (GDPR), giving users more control over their data.

The company has also faced regulatory troubles over antitrust violations related to its open-source Android mobile platform, which is now on over 24,000 smartphone models from over 1,300 brands.

In July, Google, which is valued in excess of $870 billion, was fined €4.3 billion by the EU for unfairly marginalizing rivals by requiring phone makers to preinstall Android apps.

Google's parent, Alphabet, with nearly 90,000 employees, is involved in everything, from improving urban mobility to trying to extend the human lifespan, as it seeks new growth opportunities.

While most of those businesses are not likely to add to Alphabet's revenue stream anytime soon, some are already giving investors a reason to cheer.

One of them is the company's self-driving unit, Waymo, which graduated from Google's secretive X lab in 2016. Waymo, which analysts at Morgan Stanley say could be worth $175 billion, is way ahead of its rivals such as Uber. Its fleet has driven over 8 million miles (13 million kilometers) on city streets during testing.

"We believe it is important for Google to continue investing in these projects, as one of them could be the next multibillion-dollar business in the years to come," Mahaney said.