In a rapidly changing digital world, media companies are facing unprecedented challenges. In a bid to secure funding in an unpredictable environment, some are exploring innovative solutions to sustain them in the future. 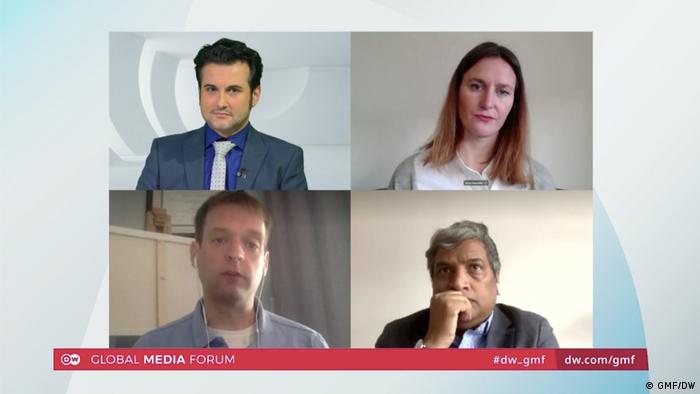 Media organizations have never had to adapt so radically, so fast. Some are turning their business models on their heads – experimenting with paywalls, subscription models and targeted advertising – all the while delivering what their audiences actually want to watch, hear and read.

The tenth digital session of the Global Media Forum was joined by three media professionals at the forefront in navigating these challenges: Samir Patil, the founder and CEO of ScrollStack, an open marketplace for creators; Nicholas Johnston, the editor-in-chief of Axios, a digital-only newsroom based in the US; and Imme Baumüller, Director of Data Technology & Business Intelligence at Germany’s Handelsblatt Media Group. The session’s host was DW presenter and journalist, Sertan Sanderson.

There has been a huge impact on media business models as a result of the move to digital delivery of information to our smartphones. Our handheld devices give us access to everything, said Johnston, which means that the competitors are no longer just other media organizations: Now they also include Amazon, Tinder and Netflix, as the intellectual currency involved is no longer news but people's attention spans.

"You’re competing against an infinite number of Apps," Johnston said. "All a person has to do is move their thumb a quarter of an inch" on their smartphone screens. To keep those thumbs from straying, the Axios editor in chief said that his team has focused on the single most important thing that the analytics behind their content were telling them all along: the fact that the reader has limited time.

"The readers were screaming at us, saying they didn’t want to read all this stuff," Johnston explained during the event. "So we tried to shorten the stories, packing as much information as possible into the first 150 words, which is what fits on the first screen of a smartphone." 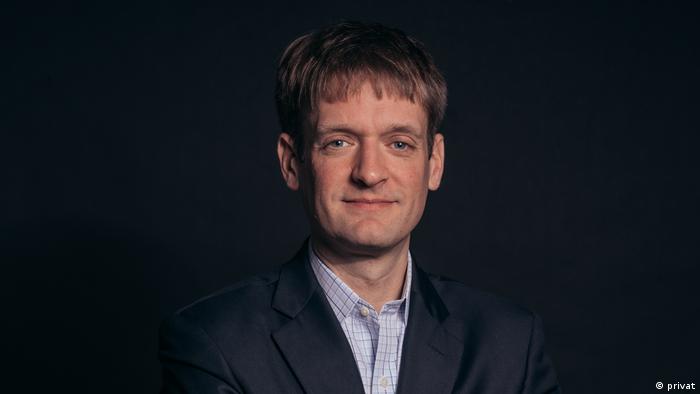 Nicholas Johnston from Axios appears to believe that brevity is not only the soul of wit, but also of good content

The scope of the competition has become much broader, Dr. Imme Baumüller from Handelsblatt agreed. Added to that, the media industry is having to keep in step with outsiders who are now the drivers of change, she highlighted:

"You need to be a technology company rather than a traditional media company," she explained. "Journalists really have to be at the leading edge with technology. Content has to be very fast, and you have to have great usability to engage people."

Like most traditional media brands, Handelsblatt used to earn most of its money from the ad section. It now uses a subscription-first model, digital newsletters and a paywall – the “hardest” in Germany, according to Baumüller, which is charged at €50 a month. 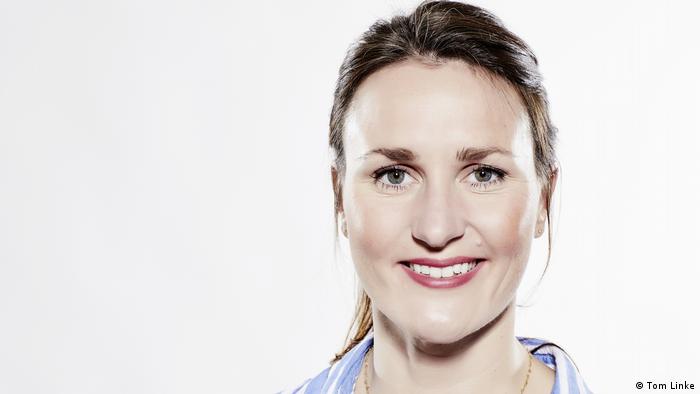 Dr. Imme Baumüller believes that there still is a future for print - as long as the revenue model is diversified

The news website scroll.in also has a partial paywall, but otherwise uses an entirely different model from Handelsblatt. A digital-only format, it transformed itself into what Patil calls a platform for creators and payments knows as the "passion economy."

He is convinced the model can succeed, as long as media companies do not make the mistake of giving up their platforms - as they did in the ad-supported world. He added that it was already clear that audiences were prepared to pay for high quality niche content online, and that media organizations should focus on this lesson:

"I think we are at the beginning of the end of the pessimism about whether people will pay for trusted media. Everything in the last 8 - 10 years points to the fact that, once you have innovations in format or form, once you have deep reporting coverage that readers care about, people are willing to pay."

Read more: What you need to know about funding a digital media startup 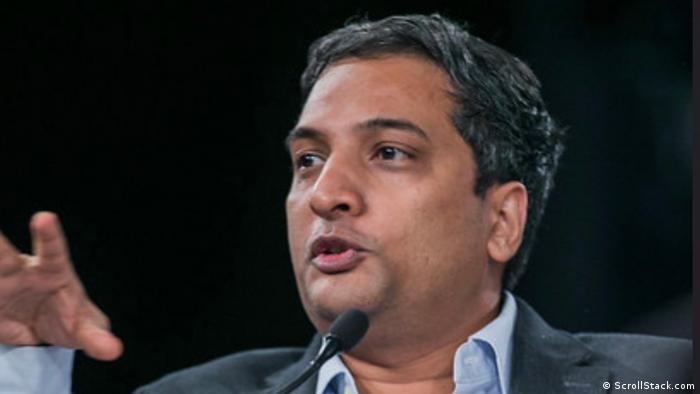 According to Patil, the shift to digital-first and mobile-first news has sounded the death knell for internet advertising as a revenue model, even for big media companies. However, this very model is working for Axios. The key here is that its advertising is carefully targeted, as opposed to chasing scale, Johnston explained:

"There’s no way of competing with Facebook and Google for advertising. But if you’re not competing with the same market, you can build a valuable ad-based model," he said.

Tech giants like Facebook and Google remain a thorn in the side of many media companies, including Handelsblatt. At the same time, there may be a positive effect, according to Baumüller:

"These giants are driving everything that’s happening right now, so maybe they are good for the business because they change the way we think and act."

Meanwhile, calls to regulate the tech giants over the way they use news for free on their feeds or in their search results are misdirected, Patil suggested: "We have to be able to figure out a business model - and trying to whack Big Tech is not going to be part of the answer."

"If you are relying on a Facebook algorithm to reach your readers, you are going to be in trouble, because one day Facebook will turn a knob on that algorithm and all your readers will disappear," he said.

The end of print?

As many people agree that the future of the media will be digital, is it too early to announce the death of print media? Maybe a little; Handelsblatt still makes "nice money" from selling hard copies, according to Baumüller.

Johnston, who runs a digital-only newsroom, said the daily printed newspaper makes little sense when information can be delivered so easily and much faster to a phone. At the same time, he pointed out, book sales in the US are currently at a record high: "Print is a supreme mechanism for consuming information, if it’s not immediate, in-the-moment information."

For Patil, it is just a matter of time before digital platforms are able to sort out certain design issues that give print media an edge. At that point “print will recede into a luxury sub-segment, like people who listen to LP records on their vacuum tube amplifiers ten years from now,“ he said.

What does all this mean for journalists who are starting a career in a world dominated by new media? According to Johnston, one of the most important things is to try to understand the business models involved, instead of seeing them as less important than the journalism side, as has been the case in the past.

In Baumüller’s view, journalists who are starting out should learn as many tech and data skills as possible. "Learn to program in Python or something like it," she said. "Great technology is the key to great journalism in the future."

At the same time, don’t dismiss the past, warned Patil: "I see many people who actually have the technical skills but a disdain for the old model, so I would say show some respect for the old models that actually had some very good things which we have lost."

Much of Germany's economic life has ground to a halt. Now, many small and medium-sized companies are developing creative new ways to generate revenue.