Global Religions for Peace conference brings global youth together | World | Breaking news and perspectives from around the globe | DW | 05.10.2021 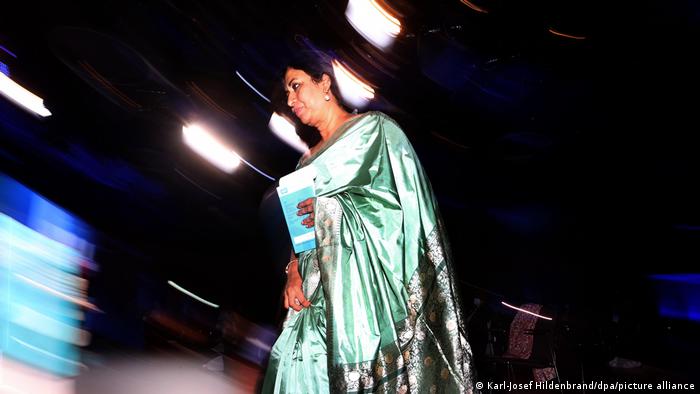 "There are no atrocities that are not preceded by hate speech," says Alice Wairimu Nderitu. So, she adds, to combat violent conflict, firstly "let us work together against hate speech." The Kenyan peace-building expert is familiar with the causes and effects of conflict: She serves as the UN's special adviser on the prevention of genocide and was speaking at the opening event of the four-day Religions for Peace (RfP) global conference in Lindau, Germany, which kicked off on October 4.

The New York-based movement, which turns 60 this year, describes itself as the world's largest interreligious nongovernmental organization, and has a network in about 70 countries. The RfP aims to consciously advance peace work through interreligious dialogue.

To that end, with the German government's funding, the association has since 2019 organized a large annual conference in Lindau, a city on southern Germany's Lake Constance that has for decades enjoyed a reputation for high-level dialogues between Nobel Prize winners. 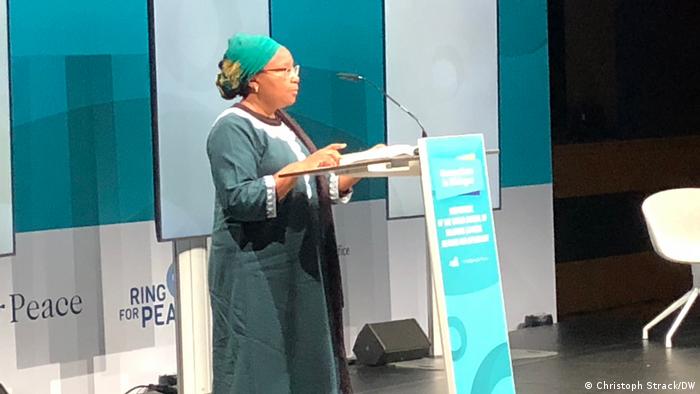 About 900 delegates from around the world, representing 60 countries and many religions, took part in the 2019 meeting, on the subject of "Religion and Diplomacy," at which German President Frank-Walter Steinmeier spoke. A second conference, on the subject of "Women, Faith, and Diplomacy," ran only virtually from Lindau in autumn 2020 because of the coronavirus pandemic. Chancellor Angela Merkel was one of the speakers.

This year's hybrid conference runs until Thursday, with about 150 participants on-site, and up to 900 from 90 countries expected to connect virtually. For the opening event some speakers, including Wairimu Nderitu and public health advocate Vinu Aram of India, were in the congress hall, while others were presented via live stream.

One point became abundantly clear in the initial greetings: Though many in Germany and Central Europe may have the impression that the pandemic is losing momentum,many countries around the globe are still struggling with it. "We are in the middle of the pandemic," said Vinu Aram, who leads a number of public health initiatives in India and the USA. This sentiment was echoed by several delegates from Asia and Africa.

The secretary-general of Religions for Peace, Egyptian-born professor of religion and development Azza Karam, who has held a number of UN advisory positions over the past two decades, summed up the current situation of the pandemic: "Nobody is safe before everyone is safe." 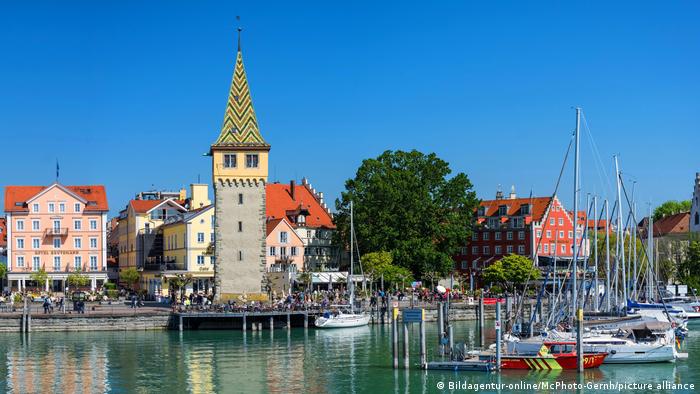 Dialogue and trust-building work are usually strong components of the efforts that Religions for Peace make on a national and international level. But that, too, has changed due to the coronavirus pandemic and the lack of medical supplies in many parts of the world. Renz Argao, a Catholic delegate from the Philippines, is the coordinator of the RfP International Youth Committee. Soon after the outbreak of the pandemic, RfP youth groups in his country tried to alleviate the worst misery with material aids such as sanitary products, medicine, and food.

If such help was provided on an interreligious basis, as RfP intended, groups were offered financial assistance from the organization. In the end, payments were made to 21 countries.

At this year's conference, some aspects are also dealt with behind closed doors, in a protected space: At the end of the 2019 conference, for example, about 15 representatives of several religions from Myanmar were on the stage of the Lindau congress hall and spoke of good, though difficult, dialogue and jointly planned projects. Nobody suspected at the time that the country would then go dramatically in a different direction — a cautionary tale highlighting how quickly conflicts can escalate and the need to establish strong bases for dialogue.

Karam's appointment as secretary-general in 2019 marked a turning point of rejuvenation for the 60-year-old organization. Already in 2019, the RfP strove to ensure that a third of participants in its first Lindau conference were under 30. It did not achieve that goal until this year's conference, which focuses on youth within its annual theme — "Generations in Dialogue." Conference sessions are planned on themes including "Peace and Security," "Environmental Protection" and "Humanitarian Work."

A focus of these Lindau days is also the commitment against climate change. The Ugandan Fridays for Future activist Vanessa Nakate, a contemporary of and collaborator with Swedish climate activist Greta Thunberg, is set to take part in the conference. As a practicing Christian, Nakate advocates environmental protection out of respect for divine creation. The 24-year-old is even younger than the President of the Synod of the Evangelical Church in Germany, 25-year-old Anna-Nicole Heinrich, who spoke at the start and also mentioned current challenges to peace, including climate change. The role of these young women, with their strong commitments to enacting change in society, is striking — and all the more noticeable given the usual image of religion in Europe.

Further information about the 2021 Religions for Peace conference is available at: