Glenn Frey, founder and guitarist of US rock band 'The Eagles,' dies at 67

The founding member of The Eagles, Glenn Frey, has passed away in New York after battling multiple illnesses, his bandmates said. Frey was a world-renowned songwriter. 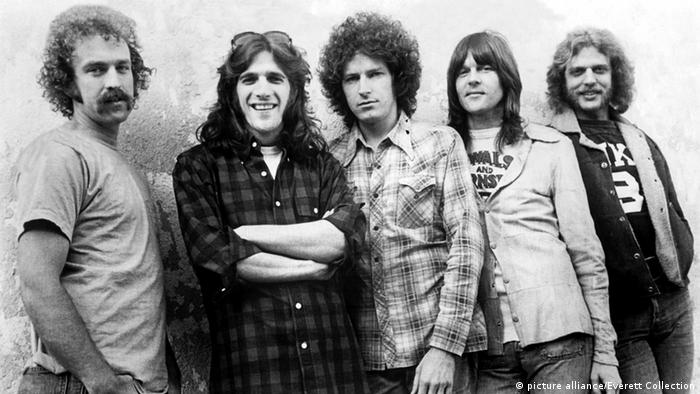 Frey, second from the left, standing right of Don Henley in The Eagles photo.

"It is with the heaviest of hearts that we announce the passing of our comrade," the band said in a statement on its website.

The 67-year old Frey had "fought a courageous battle for the past several weeks" before dying of complications from pneumonia, rheumatoid arthritis and acute ulcerative colitis, according to the statement.

Frey founded the famous rock band The Eagles in the early 1970s, alongside singer Don Henley, guitarist Bernie Leadon and bass player Randy Meisner. The band became one of the most popular acts of the decade, publishing hits such as "Hotel California," "Peaceful Easy Feeling," "Already Gone" and "Take It Easy."

Most of the songs were written by Henley and Frey. Frey's solo hits include "The Heat Is On" and "Smuggler's Blues."

The Eagles split up in 1980 but reunited in 1994 and continued to perform. Don Henley, Joe Walsh and Timothy B Schmit are the band's surviving members. The Eagles were inducted into the Rock and Roll Hall of Fame in 1998.

"He was like a brother to me; we were family, and like most families, there was some dysfunction," Henley said in a statement. "But, the bond we forged 45 years ago was never broken," he added.

Glenn Frey is the fourth in line of world-famous celebrities to pass away in 2016, following Motörhead frontman Lemmy Kilmister, the pop icon David Bowie and the renown British actor Alan Rickman.