GlaxoSmithKline and Pfizer plan to demerge into two operations | Business| Economy and finance news from a German perspective | DW | 19.12.2018

GlaxoSmithKline and Pfizer plan to demerge into two operations

UK drugmaker Glaxo wants to split in two businesses, after agreeing with its US rival Pfizer to form a consumer health joint venture that will become the world's biggest provider of non-prescription drugs. 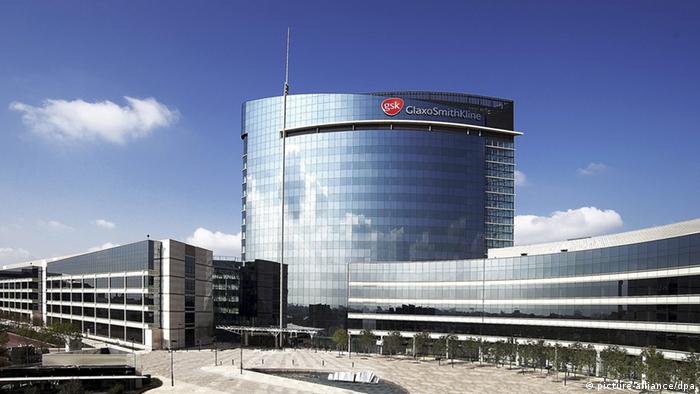 UK drugmaker GlaxoSmithKline (GSK) announced on Wednesday that it had agreed with its US rival Pfizer to combine the two companies' consumer health businesses in a joint venture worth about $12.7 billion (€11.1 billion) in combined sales. GSK would lead the new entity with a 68-percent majority, the pharmaceutical firm said in a statement.

The GSK business breakup is the plan of the company's new CEO Emma Walmsley, who took over last year. In a conference call with journalists she said the deal would help support "our number-one priority, which is strengthening the pharma business."

"Ultimately, our goal is to create two exceptional, UK-based global companies, with appropriate capital structures, that are each well positioned to deliver improving returns to shareholders and significant benefits to patients and consumers," she said.

The joint venture will create a consumer health giant with a market share of 7.3 percent — well ahead of its nearest rivals Johnson & Johnson, Bayer and Sanofi, which all have about equal market share of around 4 percent.

It also marks a shift from GSK's strategy of keeping the steadily performing consumer and vaccine businesses under the same roof as the more volatile pharma operations.

Glaxo, Pfizer and others are grappling with surging research costs to develop new medicines as insurers and governments demand lower prices for the finished products.

Read more: Open source pharma: How to stop the rot in drug discovery

Pfizer's decision to enter a joint venture with the UK drugmaker comes four years after the company's chief executive Ian Read failed in an attempt to take over AstraZeneca, an Anglo-Swedish company. Read now says that Pfizer and GSK have an "excellent track record of creating successful collaborations."

"We look forward to working together again to unlock the potential of our combined consumer health care businesses," he added in a statement.

The transaction also follows an attempt by Pfizer earlier this year to sell its consumer health division, which includes Advil painkillers and Centrum vitamins. GSK had withdrawn from the auction process, but Walmsley said the opportunity to strike an all-equity deal had now cleared the way for a new agreement.

"What this deal is all about is the opportunity to strengthen two businesses — a world-leading consumer health care business and a new GSK that is focused on pharma and vaccines."

Walmsley also said there would be an inevitable impact on jobs as the company aimed for cost savings in procurement and across the supply chain.

According to GSK figures, the UK drugmaker hopes to generate total annual cost savings of £500 million (€555 million, $632 million) by 2022. Moreover, GSK said it planned divestments of some £1 billion.

The agreement caps a successful year of dealmaking by Emma Walmsley, who took over as chief executive 18 months ago and has moved rapidly to remake the company.

In March, GSK bought out Swiss drugmaker Novartis from its minority stake in the combined consumer health business for $13 billion.

Earlier this month, she agreed to buy cancer drug specialist Tesaro for $5.1 billion to try to revitalize its pharmaceuticals business, a high-priced acquisition that was poorly received by the market.

Walmsley's spending spree could be a harbinger of things to come for the consumer health market as rivals weigh how to react to the creation of a leader in the field. Moreover, intense price competition online from the likes of Amazon as well as own-brand store products have dented consumer health margins in the United States and parts of Europe, prompting consolidation.

Glaxo and Pfizer's new joint venture will operate under the name GSK Consumer Healthcare. The Glaxo unit's current CEO, Brian McNamara, and its CFO, Tobias Hestler, will assume those roles in the joint venture. The transaction is expected to close in the second half of 2019.