Borussia Mönchengladbach have signed defender Jannik Vestergaard on a transfer from Werder Bremen. The hulking Dane will anchor a revised Foals' back four next season. 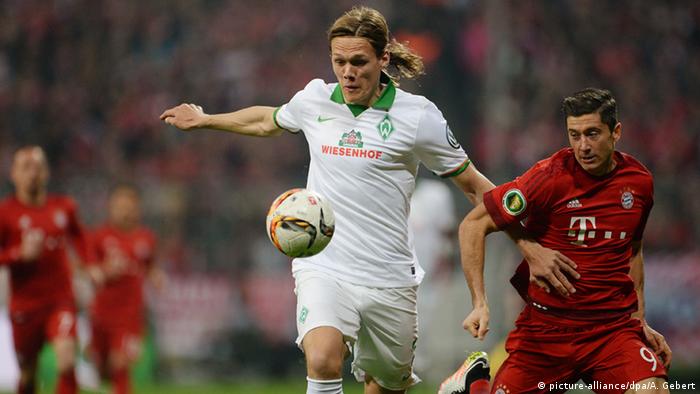 There was no official news about the fee Mönchengladbach paid for Vestergaard, but it was rumoured to be in the vicinity of 14 million euros. The Dane's old club said it was sad to see him go.

"Of course we would have loved to keep Jannik, and we tried to stress to him in our dicusssions how much he meant to us," Bremen sports director Frank Baumann said in a statement."But Jannik has sporting goals that we can't offer him in the near future, so we also said that we would listen if an offer was made that was sensible for everyone concerned.

Kramer spent two seasons on loan at Borussia Park before returning to Bayer Leverkusen last summer. The World Cup winner has returned to Mönchengladbach, who will compete in the Champions League next season. (08.06.2016)

The Premier League club has confirmed that the long-rumored deal has been completed. This comes just a month after Xhaka denied having any intentions to leave the Rhineland for England. (25.05.2016)

David Ibbotson expressed concerns about the plane before the crash in the English Channel. The day before flying, he told a fellow pilot that he would definitely be wearing a life jacket, as opposed to having it nearby.