The most demanding of cycling's top races begins on Friday, with the 21-stage Giro d'Italia. The event is one of three Grand Tours set to take place in the coming months and DW takes a look at the leading contenders. 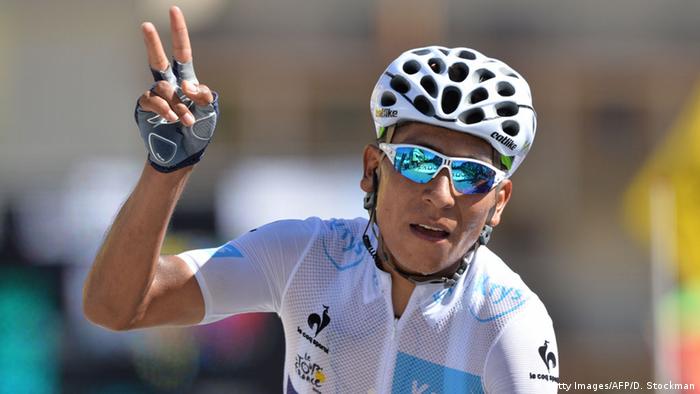 Colombia's star rider is making an ambitious shot at the Giro/Tour de France double and starts as the favorite ahead of two-time champion Vincenzo Nibali. The climbing specialist packs a punch in the mountainous stages and may reserve some of his power until the final week when the race goes into high altitude.

Quintana won the 2014 Giro d'Italia to add to three prizes from the Tour de France - the best climber in 2012 and the best young rider in 2013 and 2015. "In terms of racing, the Giro is harder than the Tour de France. It is the way the riders race the Tour that makes it difficult," the Colombian said. "I've never attempted to win the Giro and the Tour in the same year, so I don't really know what it will be like." 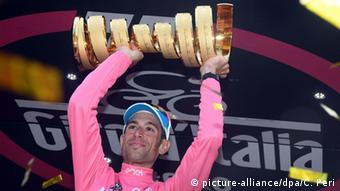 The 32-year-old, who won the 2015 Tour de France, has tasted glory twice in this event and is his country's leading sprinter. His triumphs in 2013 and 2016 came either side of his 2014 Tour de France victory. The Italian is striving to become the seventh rider from the Peninsula to win three or more overall Giro titles.

However, Nibali said he is still coming to terms with the death of former teammate Michele Scarponi, who was killed in a road accident on April 22. "It's difficult to talk about. But certainly, our thoughts are all with the family of Michele and we will try to stay as close to them as possible," the Italian said. The number 21 shirt will be retired in Scarponi's honor. 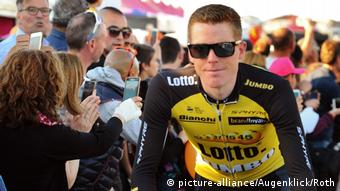 The Dutch rider was on course to win his first Giro d'Italia title in 2016 before a crash on the race's highest pass, the Colle dell'Agnello. The 29-year-old failed to finish the Giro in 2014, but racked up seventh and fourth place finishes at the next two Tours. It's been 37 years since a Dutch rider triumphed at one of the Grand Tour races.

"I don’t have to prove anything. I just want to get the big result that I’m capable of. I know many people are expecting [something of] me, otherwise they will call that one year a fluke," he told reporters. Van Kruijswick sat out the Tour of Yorkshire, but raced at Paris-Nice and on the Volta a Catalunya, where he finished in a respectable seventh. Last year's performance at the Giro, though, will give the Dutchman hope of success at this year's event. 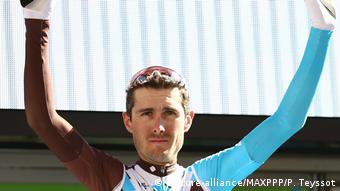 The 30-year-old has a chance to prove his worth as a leader after years of grinding behind Chris Froome and Bradley Wiggins. "It's one of the biggest challenges of my career," he said. The Welshman's form is strong - he became the first Briton ever to win the grueling Tour of the Alps this year. Thomas finished fifth at Tirreno-Adriatico and impressed at the Olympic Games as a sprinter.

But this year, the Team Sky rider gets his chance to prove his worth on one of the most demanding platforms. Thomas will share the leadership with Spaniard Mikel Landa, who finished third when riding for Team Astana. Thomas has a chance to turn around a dismal run for the team at the Giro with none of the Tour de France champions succeeding in Italy. "Geraint is going to the Giro because we think he can win," said Tim Kerrison, coach at Team Sky. 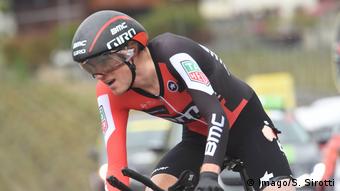 The American rides at the Giro for the first time at the age of 28. Van Garderen has turned his attention away from the Tour de France, where he was a former best young rider, and an able domestique. The BMC Racing rider won a stage of the Tour de France in 2015 and impressed at the Vuelta a Espana, the two other Grand Tour races.

"I'm not going to put a number on it. Of course the goal is GC [General Classification], I'm not going there to hunt stages or take in the Italian scenery. I want to go for GC," he told Cyclingnews. This year has been a mixed bag for van Garderen with a fifth-place finish in Catalonia and sixth at the Tour of Romandie preparing him for the first tilt at the Italian mountains.