Two alleged accomplices of former Nissan boss Carlos Ghosn have pleaded guilty to charges that they illegally helped him escape Japan. The father-son duo now face up to three years in jail. 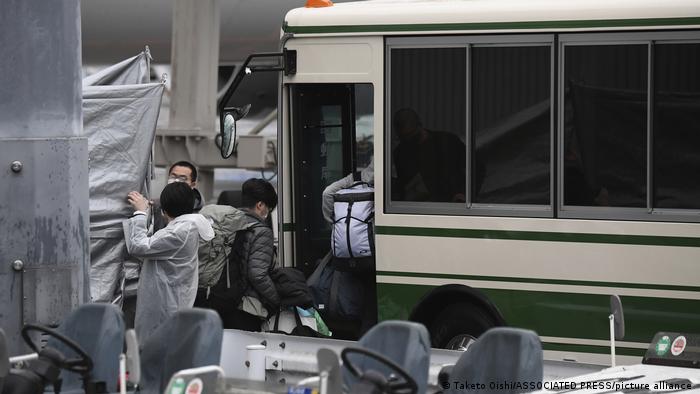 The Americans are said to have received $1.3 million for helping Carlos Ghosn escape

Two Americans — a father and son — on Monday admitted in a Tokyo court to helping former Nissan chairman Carlos Ghosn flee Japan at the end of 2019 while he was out on bail.

Army Special Forces veteran Michael Taylor and his 28-year-old son Peter are facing trial for carrying out a Houdini-like operation. During the escape, Ghosn hid in a box for music equipment that was loaded onto a private jet that flew him to Lebanon, via Turkey in December 2019.

The two men did not contest the details of the indictment against them laid out by prosecutors in their first court appearance.

The Taylors, extradited to Japan from the United States in March, are currently being held in the same prison in Tokyo where Ghosn was detained. If convicted, they face up to three years behind bars.

They fought a monthslong battle in the US in an attempt to prevent their extradition, with their lawyers arguing that they could not be prosecuted for helping someone "jump bail."

They also said they could face interrogation and torture-like conditions in Japan. Suspects in the Asian country are interrogated without their lawyers present.

Meanwhile, Ghosn — currently an international fugitive — is living in Lebanon, which has no extradition treaty with Japan.

How did Ghosn escape?

The former Nissan chief was out on bail in December 2019 while awaiting trial on four counts of financial misconduct — which he denies — when he orchestrated his getaway.

The multimillionaire walked out of his luxury residence on December 29, 2019, and met two US citizens in a nearby hotel, according to Japanese media.

They took a shinkansen bullet train from Shinagawa, a major Tokyo hub, to Osaka in western Japan. The trip took around three hours.

"On the shinkansen journey, there were dozens of people in the carriage, but I was wearing a cap, a facemask and sunglasses. You'd have had to be a real expert to recognize me under all that," Ghosn wrote in a book published last year. 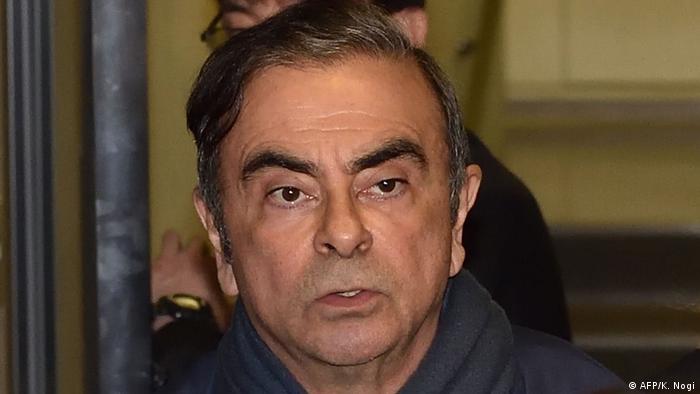 Carlos Ghosn is living in Lebanon, which has no extradition treaty with Japan

The three of them entered a hotel near Kansai International Airport, with two "big boxes," but according to security footage, only the two Americans were seen leaving. Apparently, Ghosn was hidden in one of the boxes, which had holes drilled so that he could breathe.

The boxes were not scanned through X-ray before being loaded onto the private jet because they were too big for the machine at the airport.

The private plane, with Ghosn on board, first went to Istanbul. There he boarded a second flight to Beirut.

Michael Taylor, 60, has been described by the Wall Street Journal as an "expert in the art of clandestine getaways."

According to prosecutors, the man and his son received $1.3 million (€1.07 million) for helping the former auto tycoon escape.

Japanese authorities, embarrassed by their failure to keep Ghosn from slipping away, called it "one of the most brazen and well-orchestrated escape acts in recent history."

Two Turkish pilots and a Turkish airline employee were eventually sentenced to four years and two months in prison for their role in helping Ghosn. Two other pilots were acquitted in the case.

Ghosn's former aide at Nissan, Greg Kelly, is also on trial in Tokyo for his alleged role in underreporting the tycoon's income.