Ghetto workers to get pensions at last

Many workers from the ghettos in Nazi-occupied Europe have fought for their entitlement to full pension payments for years. The German government has now promised a quick and uncomplicated solution. 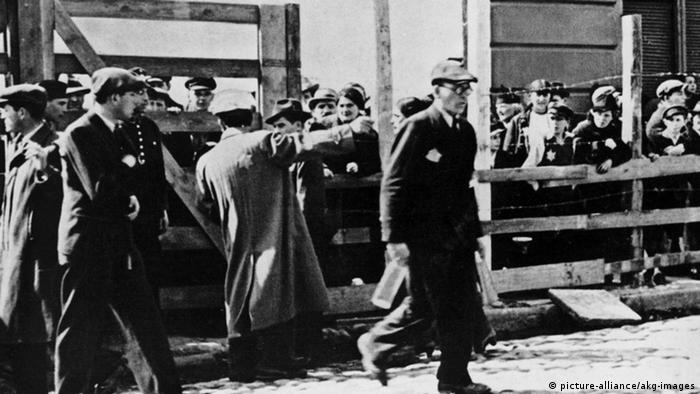 Conditions in Poland's capital Warsaw were gruesome in 1940, where the Nazi German occupiers had herded over 300,000 Jews into a tiny suburb. "The streets were so over-populated, it was difficult to push one's way through," remembered Ludwik Hirszfeld, a Jewish doctor who lived in the ghetto. "Everyone was ragged, in tatters. Often they no longer even possessed a shirt. Everywhere there was noise and uproar. The thin piteous voices of children could be heard above the din."

Like those in the hundreds of other ghettos the Nazis set up across Europe, many Warsaw ghetto residents tried to improve their living conditions by working, earning either money or food as payment. 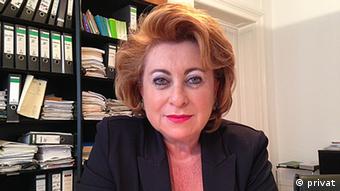 As small as the sums were, they entitled these ghetto workers to pension payments from the German state. "It's a pension for people who worked in the ghetto," explained Berlin-based lawyer Simona Reppenhagen, who represents some 3,000 former ghetto workers. "It took as long as the 1990s to establish that ghetto work was eligible for social security contributions and that indeed the authorities at the time did make such contributions for the workers."

But that didn't mean that the former ghetto workers received their pensions from the German state straight away. The ghetto pension law was only passed in 2002, by the Social Democrat/Green coalition of Chancellor Gerhard Schröder, which made former ghetto workers entitled to pension payments from 1997 onwards. The law followed a ruling by Germany's Federal Social Court about the Lodz ghetto. 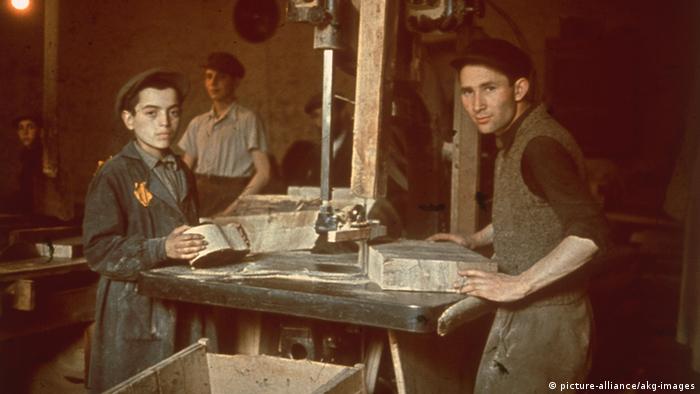 Lodz Ghetto residents working in a workshop around 1942

This claim is supported by the figures: close to 95 percent of pension applications by former ghetto workers were turned down. Many took their cases to social courts, and lost. They were faced with high bureaucratic hurdles. The courts would often turn down the applications on the grounds that ‘voluntary' ghetto work was the same as forced labor.

"What ghetto workers did was regular work under irregular circumstances," said Reppenhagen. "Irregular because they were forced to live in a ghetto, for example. But it is not the same as forced labor, as happened later in concentration camps or labor camps."

The Federal Social Court eventually adjusted its ruling in 2009, a revision meant that many former ghetto workers managed to get their pension payments at last, but their claims were only valid from 2005, not 1997, as originally foreseen. According to German daily Die Welt, that means some 38,000 of the total 50,000 ghetto pension recipients aren't receiving enough money. 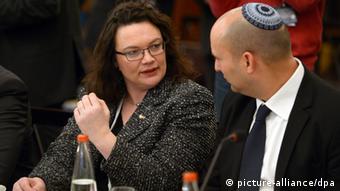 Now Chancellor Angela Merkel's third government is making moves to change that. "With her draft law, Social Affairs Minister Andrea Nahles is attempting to remove the hurdles she deems unacceptable: the problematic four-year-rule and the issue of the due date by which an application has to have been filed," was how a ministry spokeswoman described the government's reform plans.

Nahles intends to present the draft law to the cabinet before the Jewish Pessach festival, which falls between April 15 and 22 this year. Reppenhagen is optimistic that a satisfactory solution can now be found, but she insists "there's no time to lose. These people are old; some pass away every day. Many of them live in impoverished conditions because of their disrupted lives."

The ministry has raised expectations. "The result will be a good solution benefiting the very old people concerned," the statement said, before adding that the former ghetto workers had declared their demands. "In a hearing most of them made clear that they were not asking for the kind of compensation due to victims. They want a proper pension - in recognition of the work they did."

The former ghetto workers are merely demanding what they're owed - though it will come too late for many.

The long wait for ghetto pensions

Former forced laborers in Jewish ghettos may apply for a pension from the German government. But the procedure is complicated and many applicants never receive anything. The government plans to reform the law. (20.03.2014)

Most people think of Auschwitz when the Holocaust is mentioned, but lesser known is the genocide against Jews in Transnistria, who faced death marches, extermination and starvation. DW's Birgit Görtz visited the region. (27.01.2014)

Marcel Reich-Ranicki, Germany's best known literary critic, has died at the age of 93. His long career and definitive pronouncements earned him the nickname "the pope of German letters." (19.09.2013)