For many years, Ghana has been seen as a role model on the African continent. But the country's development has been floundering as of late. A recent study conducted by the Mo Ibrahim Foundation reveals a slowdown. 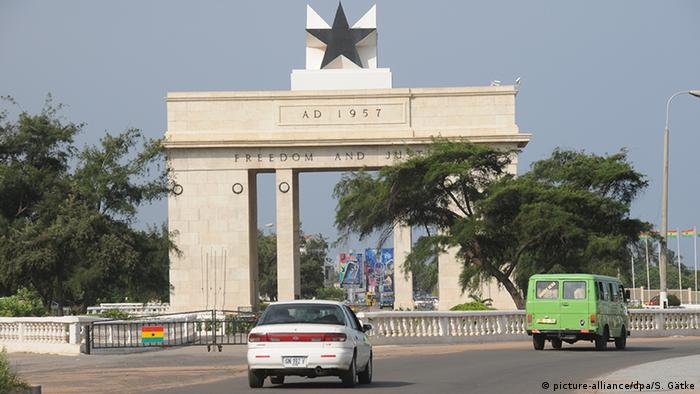 Only a few years ago, cars constantly got stuck in traffic jams at the Kwame Nkrumah Circle, a roundabout in the middle of Accra. But, since the end of 2016, traffic there has been flowing smoothly. Shortly before the last presidential election, former President John Mahama opened what he called the "longest flyover and the highest in West Africa." The problematic roundabout had been converted into a multilevel interchange — the president's showcase project. But that was all his government had to show after eight years of rule, and the electorate ultimately turned against him.

In December, Mahama's challenger, Nana Akufo-Addo, won the presidential election. The new interchange, still named after state founder Kwame Nkrumah, has come to symbolize development in Ghana: Things are continuing to move ahead, but only in certain areas — and slowly.

Worse still, the quality of governance in the West African country has been deteriorating. At least according to the Ibrahim Index of African Governance, published on November 20. Although Ghana is still ranked eighth out of 54 African countries, the study reveals that, on a scale of 0 to 100, the quality of governance fell by 1.5 points to 65 points between 2007 and 2016. In the past five years, the average decline was 0.7 points per year.

The index consists of 100 individual indicators taken from 36 different sources dating back to the year 2000. In the current index, Mauritius, the Seychelles and Botswana topped the list while Eritrea, Southern Sudan and Somalia took the bottom spots. The managing director of the Mo Ibrahim Foundation, Nathalie Delapalme, told DW that the index aims to show the impact of government actions on people. She explains, "It is not only about elections, human rights, political commitment and laws. It's about how people perceive the services that any government should deliver to its citizens in the 21st century." This includes personal safety as well as functioning health and education systems. In all these areas, the index shows developmental regression in Ghana.

Despite the new Kwame-Nkrumah Interchange, infrastructure is generally considered to be worse than it was 10 years ago. And aside from the main roads and a few high—profile projects, most of Ghana's roads are full of potholes. Power outages often occur, as the supply is cut off for up to 24 hours at a time due to limited power plant capacities. Even the water supply in the capital is sometimes cut off for weeks on end. 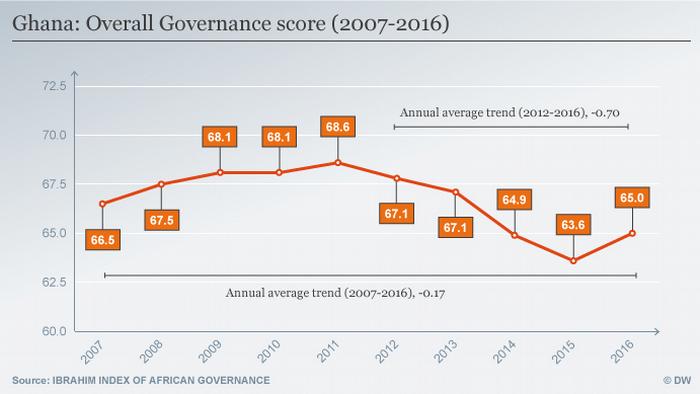 Ghana's overall governance score has gradually declined over the past decade

For eight of the past ten years, Ghana has been ruled by the National Democratic Congress (NDC). The party has traditionally been popular in rural areas in the east and north, largely owing to its support of rural development.

The index for Ghana's rural areas does indeed show that the greatest progress has been made in such regions — especially with regards to access to land and water or agricultural aid. But any good government must cover all areas, says Delapalme: "It is not effective to make progress in just one aspect of governance, even if it is extensive." 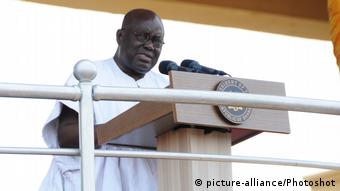 In the meantime, President Nana Akufo-Addo's National Patriotic Party (NPP) has taken over. One of the NPP's election promises was free secondary education.

"A large part of the problems were homemade," Deputy Information Minister Kojo Nkrumah told DW, "There was a lack of discipline in taxes and unbudgeted spending that increased our debt."

"Ghana's debt has risen sharply," said British-Sudanese billionaire Mo Ibrahim, who established the foundation that bears his name. The debt is apparently linked to the discovery of gas deposits off of the coast. But even before the exploitation of gas, the government had already allocated its future income. "Sometimes the discovery of raw materials can create a problem because people tend to spend money before they even have it."

The new government has focused its first year on strengthening economic stability and dealing with outstanding payments, Nkrumah said. Furthermore, the government aims to increase economic growth from 3.6 percent last year to 6.3 percent.

In 2018 at the earliest, the Ibrahim Index will show whether the government's efforts had measurable success. The NPP government has three more years to go before the turnaround. If it fails, Nana Akufo-Addo will probably lose the next elections.

The country has undergone four peaceful changes of power in a row "Ghana is still one of the most important democracies in Africa," Ibrahim said. "The democratic changes of power we have witnessed have been truly remarkable and we are very proud of them."