The world must "keep a close eye on climate protection" as it faces the economic fallout of the pandemic, German Chancellor Angela Merkel said on Wednesday, speaking remotely for the Petersberg Climate Dialogue.

"We need a financial market that provides cheap capital for climate-friendly investments," said Merkel, during an address for the annual event usually held in Berlin.

Merkel also called for climate action to be included as part of economic reconstruction plans following the pandemic, including investments in future-oriented technologies such as renewable energy.

In a video address following Merkel, UN Secretary-General Antonio Guterres said the pandemic had "exposed the fragility of our societies and economies to shocks." 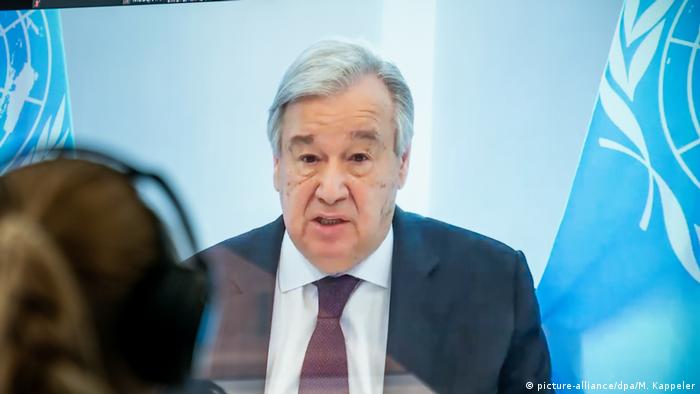 The UN chief called for "brave, visionary collective leadership," saying it was also needed to "address the looming existential threat of climate disruption."

"We have a rare and short window of opportunity to rebuild our world for the better.''

Merkel reaffirmed Germany's support for the EU's ambitious climate goals under the European Green Deal, which wants to see the bloc cut 55% of its 1990 emissions levels by the end of the decade. The member states have so far agreed to aim for a 40% reduction.

"By using the European Green Deal as our compass, we can turn the crisis of this pandemic into an opportunity to rebuild our economies differently and make them more resilient, so that we also leave a better place for our children," von der Leyen said Tuesday.

Germany will also stick to its agenda of phasing out coal-fired power plants, while continuing investment in sustainable energy technology, said Merkel, adding that she would support CO2 pricing to bring down emissions.

The past decade saw the highest average temperatures since measurements began.

Launched in 2010 with an initiative spearheaded by Merkel following the failed 2009 climate negotiations in Copenhagen, the Petersberg Climate Dialogue is intended to "create a space for close and constructive exchanges among ministers" on climate action.

The two-day dialogue would normally bring together foreign ministers from 30 countries, along with representatives from NGOs and the private sector.

However, with the coronavirus pandemic halting international travel, the dialogue was organized around a series of speeches and meetings by livestream.

Pakistan's Climate Change Minister Sherry Rehman told DW that her country is severely affected by global warming. At the Petersberg Climate Dialogue in Berlin, she has urged world leaders to help the most vulnerable nations tackle the climate crisis.