The main suspect in the case of the missing British toddler Madeleine McCann is serving jail time on drug charges. It's up to Germany's highest court to rule on if he can leave prison early. 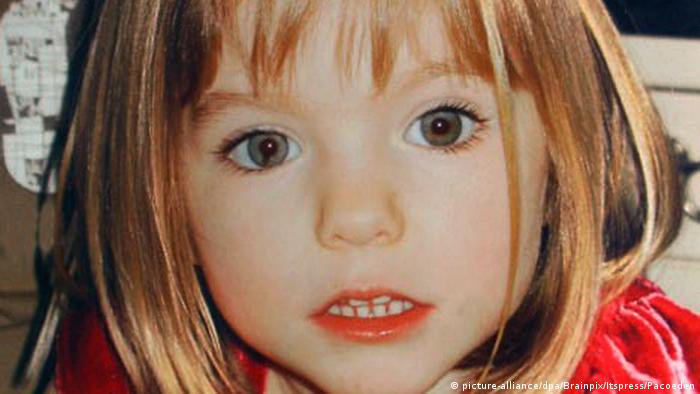 Germany's Federal Court will rule on whether the suspect in the case of the missing British girl Madeleine McCann should be allowed to leave prison early, the state court in the city of Braunschweig said on Monday.

The 43-year-old man, who has not been named in Germany, is currently in prison in the northern city of Kiel.

He has been serving a sentence imposed for a drugs offence in 2011. His sentence ends in 2021, but after serving two thirds of the time he has applied for early release.

The man is also under investigation for the May 2007 abduction of the girl from a holiday apartment in the Portuguese seaside resort of Praia da Luz days before her fourth birthday.

The case reached the highest court after lower level courts in Kiel and Braunschweig failed to agree on which jurisdiction is responsible for taking the decision.

The Kiel court asked Braunschweig to decide on the application for early release, because the court there had begun looking into the issue before the man's transfer to Kiel.

But the Braunschweig court said that the application for early release had already been withdrawn.

Despite sparking a huge police investigation after her disappearance, Maddie was never found.

Then her case was presented in June on the show "Aktenzeichen XY" that regularly asks the general public for help in unsolved crimes. The first links to the new official suspect emerged after that show.

Shortly after, German prosecutors said they were investigating Christian B. He is a sex offender with multiple convictions, including sexual abuse of children.

Following last week's identification of a German suspect in connection with the British girl’s disappearance, a father whose son also went missing on a beach in Portugal has come forward with a similar cold case. (08.06.2020)

"Aktenzeichen XY" has been airing on German TV for more than half a century, reconstructing and seeking to help solve some of the toughest crimes. Now it hopes to have helped crack the Madeleine McCann mystery. (04.06.2020)

Pischetsrieder tapped to chair Daimler supervisory board from 2021 0m ago

Large explosion at Bristol wastewater facility in England 2h ago