The German Constitutional Court is to probe the possible Nazi connections of its postwar judges. One long-serving judge's tenure, in particular, is seen as problematic. 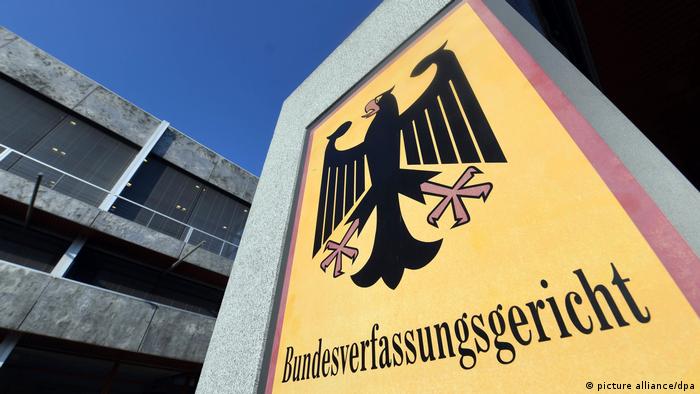 Germany's Constitutional Court will investigate the backgrounds of its early judges to find out if they had links to the Nazi Party, court president Andreas Vosskuhle said in Karlsruhe.

The court — made up of 16 judges from two senates — decided to formalize the process after two or three former judges were found to have links to Nazis, said Vosskuhle.

The purpose of the investigation would be "to get more certainty about our past," Vosskuhle said. Initial discussions with historians have already begun, he added.

Read more:German billionaire family to donate $11M over Nazi past

One judge of interest from the early years of the court is Willi Geiger, who served from 1951 to 1977.

During the Nazi regime, which ruled Germany from 1933 to 1945, Geiger handed down a number of death sentences for minor offenses while presiding over a special court under Adolf Hitler's NSDAP party. He also saw to it that the executions were publicized and advertised.

The Justice Ministry's investigation into its own Nazi past ended in 2016. The ministry found that more than half of its senior officials had been members of the Nazi Party.

The general attorney's office and the Federal Court of Justice — Germany's highest criminal court —  are currently carrying out similar investigations.