The German Foreign Ministry has said that Syria is likely to be on the agenda as Russia and Ukraine meet in Berlin over the weekend. Russia has announced that it will continue its military support for the Assad regime. 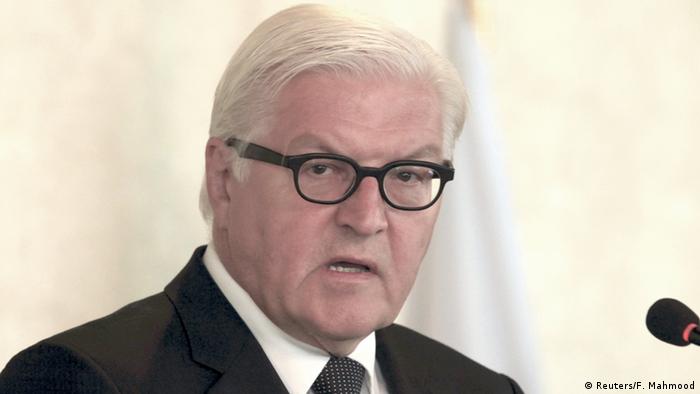 Spokesman for the German foreign ministry Martin Schäfer said on Friday that German Minister Frank-Walter Steinmeier believes the moment has come "for a new diplomatic initiative."

Steinmeier is due to host Russian Foreign Minister Sergey Lavrov, as well as his Ukrainian and French counterparts on Saturday evening, primarily to discuss the Ukraine conflict.

Berlin hopes, however, to also touch upon the Syrian conflict in the hope of eventually enabling the two main conflicting parties to sit down together to discuss a peace initiative.

Schäfer said the Syrian conflict is of growing concern "due to the increasing amount of human suffering and need of refugees from the region who are trying to seek asylum here [in Germany] or elsewhere."

Europe has experienced a huge influx of refugees in recent months, many of which are from Syria. Germany saw the arrival of more than 15,000 asylum seekers last weekend alone and is expected to receive another 40,000 over the next two days.

The German foreign ministry's comments followed an announcement by Lavrov on Friday in which he confirmed Russia's continued military support in Syria and called on world powers to help arm the Syrian government to avoid "unitended incidents."

Russia believes that defeating "Islamic State" ("IS") in Syria is impossible without Syrian President Bashar al-Assad, whereas the US and NATO maintain that Assad is the cause of the current crisis in Syria. Washington has repeatedly warned Moscow not to bolster its presence there.

Dutch newspaper "de Volkskrant" wrote on Friday that Moscow "fears that the Western allies' offensive against IS...is just a cover for attacks against the Assad regime."

Syria has been locked conflict since protests against the arrest and torture of a group of teenagers who painted revolutionary slogans descended into cicil war in early 2011.

Advances by IS have also added to the humanitarian crisis, causing more than 4 million people to flee.

Moscow has granted its approval for the creation of a panel to investigate the alleged use of chemical weapons in the Syrian conflict. The UN Security Council passed a resolution on the matter more than a month ago. (11.09.2015)

France, Australia and the UK are considering joining a US-led coalition flying air strikes in Syria. They cite the refugee crisis as justification for military intervention, but can bombing put an end to the conflict? (10.09.2015)