The World Cup and Winter Olympics dominated Germany's 2014 sporting calendar. But there were many other magical moments this year for the country's other athletes, either behind the wheel, on the track or on the green. 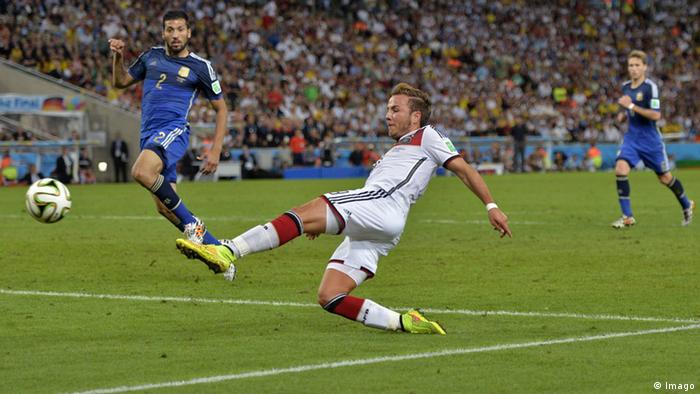 In 2014, German sport peaked on July 13 in Brazil, when Germany sealed their fourth World Cup title thanks to an extra-time goal from Mario Götze against Argentina.

"I told Mario Götze, 'Go and show the world that you're better than Messi!'" revealed Germany coach Joachim Löw after the final, reveling in the crowning glory under his long stewardship. "This happiness will be ever-lasting," he added.

Perhaps even more memorable than the final was the semifinal five days before, when Löw's 11 dismantled hosts Brazil. "It was a tsunami that broke over us," said Carlos Alberto Parreira, Brazil's technical director, after the 7-1 hammering that Germany unleashed. 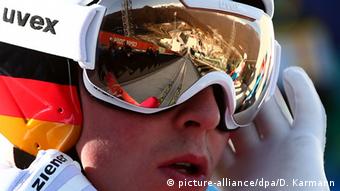 Miroslav Klose reached an overall record of 16 World Cup goals at the tournament, leaving him not just a World Cup winner but also a World Cup record goalscorer. Klose retired after Brazil, as did captain Philipp Lahm and defender Per Mertesacker. Alongside lifting the Jules Rimet trophy, Lahm was able to celebrate two further titles as his club Bayern Munich secured the domestic league-and-cup double for the tenth time in club history.

Gold and silver for Riesch followed by retirement

German celebrations elsewhere were slightly more cautious in the year's other main sporting event - the Winter Olympics in Sochi. With eight gold medals, six silver and five bronze the German team finished in sixth position overall at the Games.

Hosts Russia led the way at the top of the charts, pleasing President Vladimir Putin. After all, Putin did declare the Games of pivotal importance and made sure that they were hosted perfectly. Costing over $50 billion, the "Putin Games" were more expensive than all 21 previous Winter Games combined.

Germany's ski-star Maria Höfl-Riesch picked up her third overall Olympic medal in the Women's Combined, as well as a silver in the Super G. After the Games, Höfl-Riesch ended her glittering career.

The near 40-year-old biathlete Ole Einar Bjorndalen wrote history in Sochi, celebrating his seventh and eight Olympic victory in the sprint and with the Norwegian team. That tally made the Norwegian the most decorated Winter Olympian of all time. At the Winter Paralympics, German monoskier Anna Schaffelhuber won five gold medals from five starts to become the most successful Paralympian at the 2014 Games. 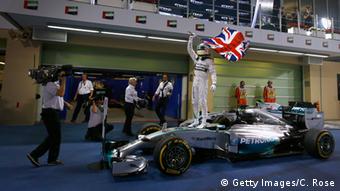 Hamilton pipped Rosberg to the title

The 2014 Formula One season was full of excitement, and one dominated by the Silver Arrows. 16 of the 19 races ended in wins for Mercedes, with 11 of them double-podiums. Brit Lewis Hamilton won 11 and was eventually crowned World Champion ahead of his German teammate Nico Rosberg, who finished with five race wins. The fact the title went down to the last race of the season in Abu Dhabi was due to the double-points on offer on the final start - the first and last time this was the case. F1 chief executive Bernie Ecclestone introduced this idea in order to stretch out the excitement, but the plan was scrapped at the end of the season.

It was a disappointing year for defending champion Sebastian Vettel. The four-time champion finished the year without a race win, in fifth overall, even losing the internal Red Bull battle to Daniel Ricciardo who was the only non-Mercedes driver to stand atop of the podium on three occasions. After a season of bad luck, losses and breakdowns, Vettel left Red Bull for Ferrari, hoping for a change in fortune with the Italians.

The season as a whole was overshadowed by the injury to Marussia driver Jules Bianchi at the start of October at the Japanese Grand Prix. The Frenchman suffered a severe head injury and remains in critical condition. Formula-1 record champion Michael Schumacher, who suffered severe brain damage in a skiing accident at the end of 2013, was able to leave the hospital midway through the year and continue his rehab at his home in Switzerland. The latest details of his condition remain unknown. "There's still a long and demanding path ahead of him," said Schumacher's manager Sabine Kehm.

Kaymer wins US Open, Kienle the Ironman in Hawaii

German golf star Martin Kaymer enjoyed one of the most successful years of his career. In May, Kaymer won the Players Championship in Florida - the competition with the most prize money in the world. In June, he became the first German to win the US Open, securing the second major of his career. Kaymer also won the Ryder Cup with Europe, sinking the all important putt in the process. 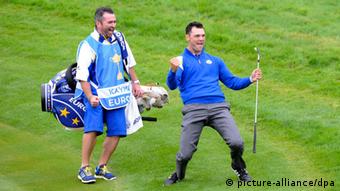 Kaymer is giving golf a face in Germany

Sebastian Kienle celebrated a special win this year. The triathlete came out five minutes clear at the legendary Ironman event in Hawaii. After a 3.86 kilometer swim, a 180 kilometer cycle and a marathon, Kienle became the fourth German to win the event. "Life begins where it stops being comfortable," said Kienle, in one of the quotes of the year.

On the track, and on the court

The German cyclists also gave a good account of themselves in this year's Tour de France. Seven stage wins were secured, four by sprinter Marcel Kittel - who also won the final stage at the Champs Elysees in Paris. Italian Vincenzo Nibali was crowned overall winner.

Forty-three-year-old Jens Voigt retired in the most dramatic fashion, securing a new hour record on the track. It only lasted a month, but it was certainly one way to go out with a bang.

Germany's volleyball team won a bronze at the World Cup in Poland - the country's first medal in the sport in 44 years. Germany's female tennis stars have been waiting half that time for success in the Fed Cup. In November, Sabine Lisicki and Co. came so close but lost 3-1 in the final against the Czech Republic.

Even away from the competitive sporting arenas, headlines were made. 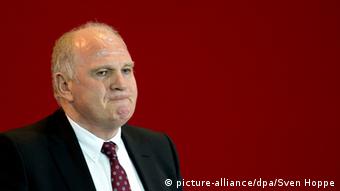 One of the most shocking headlines of the year belonged to Uli Hoeness. The former Bayern president was sentenced to three and a half years imprisonment for tax fraud. Hoeness stepped down at Bayern and began serving his sentence at the start of June.

Formula 1 boss Bernie Ecclestone surprisingly avoided jail time, paying $100 million to avoid imprisonment for the charge of bribery that he stood on trial for at Munich's district court.

South African Paralympic star Oscar Pistorius, who shot dead his girlfriend Reeva Steenkamp in February 2013, was convicted of manslaughter and sentenced to five years in prison. The trial looks set to continue though as his lawyers have launched an appeal.

There's also no end in sight to the issues inside FIFA, particularly those surrounding the 2018 World Cup in Russia and the 2022 tournament in Qatar. Corruption accusations continue to haunt the organization, and criticism for FIFA boss Sepp Blatter just keeps growing louder.

German biathlete Evi Sachenbacher-Stehle has announced her retirement from the sport despite a reduced ban from competition following a positive doping test in Sochi. (30.11.2014)