Interior Minister Seehofer sees no reason why criminals cannot continue to be deported, despite the insecurity in war-torn Afghanistan. Human rights organizations and the Green party have spoken out against the policy. 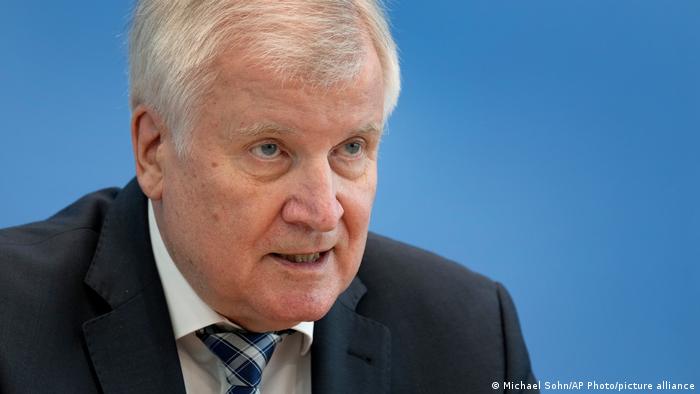 Seehofer remains unperturbed, despite the security threat posed by the Taliban

Despite the recent advances of the Taliban in Afghanistan, German Interior Minister Horst Seehofer (CSU) said on Sunday he wants to maintain the existing policy regarding deportations to the country.

In an interview with the German newspaper Bild am Sonntag, Seehofer said: "We are currently negotiating with Afghanistan so that we can continue to deport criminals there."

Seehofer argued that Afghan criminals in Germany must continue to be "able to be returned to their home country."

The final stages of the withdrawal of US-led foreign forces from Afghanistan, coupled with the Taliban's sweeping offensive, has led to increased instability in the war-torn country.

Germany's largest pro-immigration advocacy organization, Pro Asyl, however, said that it is not just criminals who have been deported, but also well-integrated migrants.

Given the deteriorating circumstances in Afghanistan, the Green party in Germany has also spoken out against plans to continue with the current deportation policy.

The federal government continues to act as if "nothing" is happening in Afghanistan, said the Greens' co-leader Robert Habeck. He told the newspaper Frankfurter Allgemeine Sonntagszeitung that the Foreign Ministry's assessments must be revised and deportations suspended. 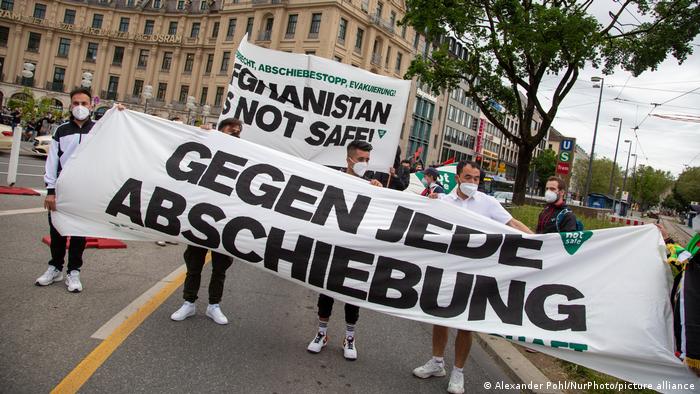 Last month, hundreds of people in Munich demonstrated against deportations to Afghanistan

Human rights spokeswoman for the Greens Margarete Bause called the government's deportation practice a "scandal" in an interview with the AFP news agency.

She criticized the government for downplaying the situation in Afghanistan in order to "continue its irresponsible deportation policy." Bause also demanded the cancellation of a planned deportation flight for August 10.

Deterioration of security in Afghanistan

Since the beginning of the withdrawal of foreign troops, the Taliban in Afghanistan have taken control of numerous districts and now dominate large parts of the country.

An example of the ever-worsening situation was reported on Sunday, when at least three Taliban rockets struck Kandahar airport in southern Afghanistan.

The Afghan government's pleas for a pause in deportations due to the instability in the region have so far fallen on deaf ears.

According to the United Nations, more than 300,000 people have been forced to leave their homes in Afghanistan since January.