Germany′s privatization of state assets: A role model for India? | Business | Economy and finance news from a German perspective | DW | 22.10.2021

Germany's privatization of state assets: A role model for India?

India is in the process of privatizing large state-owned companies and many people are wondering what advantages and disadvantages this will bring. A look at Germany reveals who the winners and losers could be. 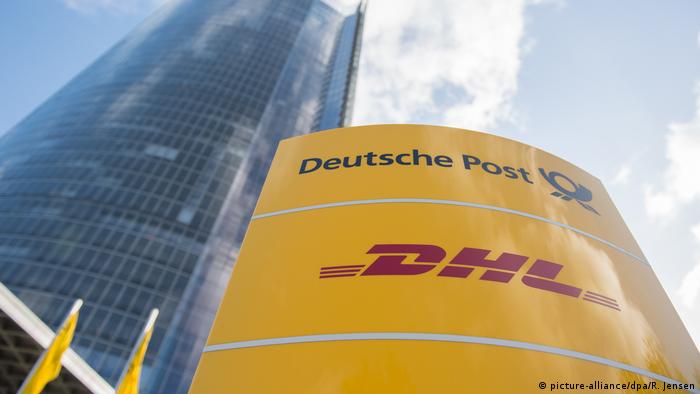 Germany can look back on more than six decades of experience in the privatization of state-owned companies. As early as the 1960s, huge corporations such as Volkswagen or the mining and electricity company VEBA went partially into the hands of private shareholders.

At that time, however, the government did not primarily want to make sluggish state corporations more efficient, thinks Detlef Sack from the University of Wuppertal.

"This wave of privatization in the 1960s was essentially driven by the idea that parts of state-owned companies be sold to the general public across the board," explained the political scientist, who in a 2019 book examined the history of privatization in Germany and Europe.

The idea was to get the German population more involved in the stock market. The new shareholders were supposed to come from all walks of life and participate more in the social market economy.

Even more than 30 years later, when Deutsche Telekom went public for the first time in 1996, shares in the state-owned company were marketed as "people's shares." The then-Telekom chief executive Ron Sommer even promised that the shares would be "as safe as a supplementary pension."

But after the technology bubble burst in 2000, those promises completely vanished into thin air. "Here, too, there was the idea of ​​selling state property in order to allow citizens to participate in the entire range of material prosperity," Sack told DW.

At the time, newcomers to the stock market were frequently encouraged by advisers to buy Telekom shares without being told that it is not enough to bet on a single stock. The fact that investors should rely on a whole range of securities from different industries and countries to limit risk was all too often suppressed in the stock market fever of the time. This resulted in losses, great frustration and a lot of lost trust among hundreds of thousands of new investors. 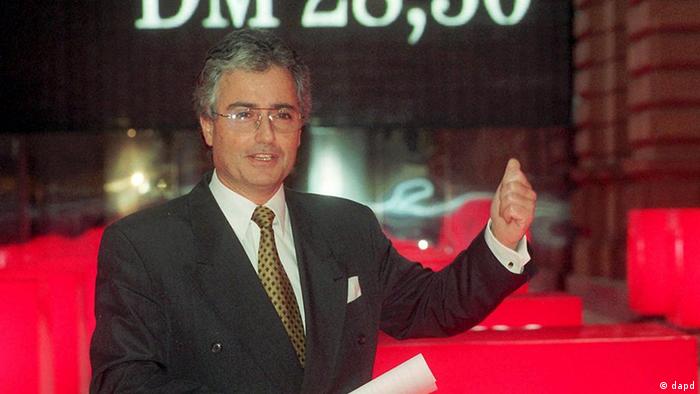 By contrast, things went better for Germany's postal service, Deutsche Post, and its private investors. The company, which has been partially privatized since November 2000, has long made bumper profits with what was originally its US-based subsidiary DHL. There, the company has benefited from online shopping by delivering parcels for Amazon and other online retailers.

Another trend that has become apparent over the past 20 years is that fact that institutional investors have increasingly come to the fore in the privatization of state-owned companies. "Today's privatizations are essentially driven by the idea that state-owned companies have to become more efficient. The investors are from capital markets. That is a completely different rationale," emphasized Sack.

Some winners, some losers

The experiences with the privatization of state-owned companies in Germany are varied. Especially when it comes to winners and losers. As for losers, above all, many employees have been on the wrong side in the privatizations of the past 20 to 30 years, Sack said. "Those who were previously employed in state-owned companies are the losers in this process. Efficiency gains quite often led to layoffs and a reduction in employment in the medium term."

Increased competition was the biggest factor, especially with many privatized state-owned companies in the former socialist East Germany after 1990. Sack thinks that the privatization of some of these companies couldn't prevent their demise because of the sudden competitive shock they were exposed to in a market economy after reunification. "Suddenly the shipyards were faced with competitive pressure from shipyards in South Korea and Taiwan, to name one example," he said.

On the other hand, Sack sees the taxpayers as the indirect winners, because the sale of state-owned companies means money flows into the public purse. In addition, many executives benefit from moving to privatized companies by upgrading their income with salaries that are more in line with the market.

The fact that privatizations do not always lead to job cuts is clear when waste management is taken into consideration. The reason was a high proportion of unionized employees with collective agreements in municipal waste management companies.

Even after privatization, there was not a serious decline in employment across the board. "The employees played their own role here. And if they are able to organize themselves strongly as a collective, then waste disposal is a very positive example, at least in some western German regions," said Sack. 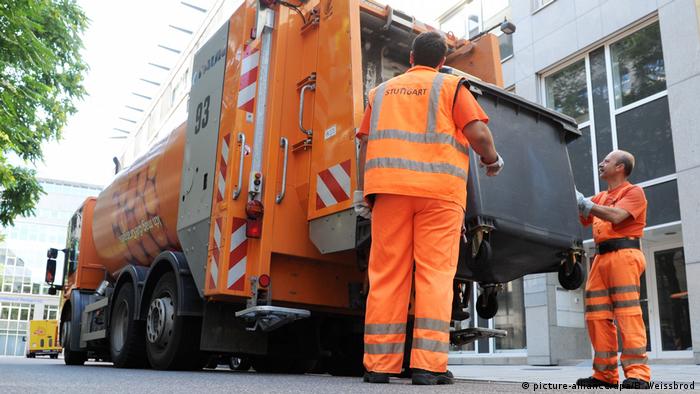 He sees the privatization of municipal and cooperative housing associations as a big mistake though. "Looking back, those were mistakes. But it must be said that it goes hand in hand with other trends, namely that not enough apartments were built." In addition, the public sector did not provide sufficient subsidies for affordable housing.

Sack puts part of the blame on local and state government officials for the current housing shortage in major German cities and the explosion in rents. "They didn't realize it in time and didn't take timely countermeasures." The privatizations in the housing sector had a share in the sharp rise in housing costs, but they were "not the decisive factor," he stressed.

What's left when it's all sold?

In a few instances, the German government was not able to offload a company it wanted to sell. Over the years they thought about privatizing Deutsche Bahn, the national railroad. To help make the company look better on paper, little was invested in the rail network for years.

Today, a train trip can be an adventure with delays, cancellations and overcrowded wagons. It was all for nothing as there is no longer any talk of taking the company public. Huge investments are needed to fix its infrastructure and develop job profiles for the digital age.

To this day there is heated debate about what remains after a country has sold its best business assets. Does it make a society as a whole poorer and less capable of maneuvering when it needs to?

Detlef Sack admits that it makes a society less capable of making decision in parts. "But it doesn't make them poorer," he concluded. For him people need to stop thinking that the sum of money always stays the same. After all, the money does not disappear on the capital market, but instead flows back into the economy.

In Fürth, a sleepy Bavarian town, the seeds were first planted for German's post-World-War-II "economic miracle." DW's Timothy Rooks has a look around the birthplace of its creator, economist Ludwig Erhard.

A new report has revealed a surge in private wealth for a small number of individuals during the coronavirus pandemic. The German super-rich have benefited particularly well.

Different bosses, different rights: whether Germans are allowed to strike for better working conditions depends on if they work for a private employer, the church or the state. And that's just one of the rules.