This orchestra has given a platform to talented young musicians for half a century now, and under conductors like Karajan, Petrenko and Rattle, most of them have gone on to professional careers in music.

A humongous ensemble unleashes a landslide of sound that is dominated not by notes or melodies but rather by glissandos and trills, embellished by sirens and something sounding like a rubber duck.

"Amerique," lasting roughly half an hour and composed in 1921 by the French composer  Edgar Varèse not long after having emigrated to the US, shook the Cologne Philharmonie on Friday, April 26, before repeat performances in Leipzig on Saturday and Berlin on Monday. The 175 instrumentalists under the musical direction of German conductor Ingo Metzmacher were clearly having great fun.

Among them, 105 are members of the National Youth Orchestra of Germany (BJO), young musicians aged between 14 and 19. The remaining 70, representing various age groups, are former orchestra members. The combined group is now touring in celebration of the 50th anniversary of the orchestra's founding. 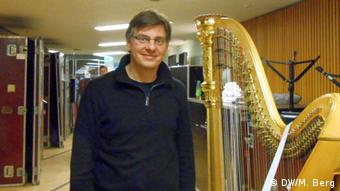 The anniversary tour has another mammoth work on the playbill: Richard Strauss' "Alpine Symphony," the composer's musical description of a mountain climbing expedition undertaken at age 15.

Varèse said that his piece was about feelings "a stranger has when rejoicing over the extraordinary possibilities of modern civilization," whereas Strauss translated the extremes of nature into music: waterfalls, fog, a storm and sunset. The symbolism is clear when describing the aspirations of young musicians: conquering new worlds and climbing summits.

Work that paid off

Around 4,000 musicians have played in the BJO at one time or another. Some are now pastors, corporate consultants, physicians or scientists, but an astonishing 81 percent of the former members went on to professional music careers. A situation possible perhaps only in Germany, which has as many classical orchestras as the rest of Europe combined. 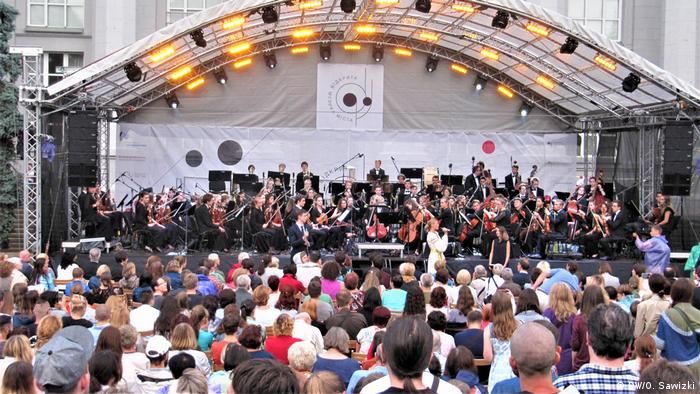 2018: the BJO with the Ukrainian National Youth Orchestra in Kyiv

Founded in 1969 by German Music Council members Volker Wangenheim and Peter Koch, Germany's foremost youth orchestra is made up mostly of winners of the Council's yearly music competition Jugend musiziert.

With 30 percent of the members new every year, the orchestra has a high turnover, and 20-25 percent were born outside Germany, explains BJO Manager Sönke Lentz. In three work phases, the young talents spend 90 days a year together, which means that scheduling all activities during school vacations is impossible. "The orchestra members have to catch up on substantial parts of the school curriculum on their own," explains Lentz.

Wieland Welzel, a percussionist in the Berlin Philharmonic, played in the National Youth Orchestra of Germany from 1987-1992 and hasn't forgotten the pressure. But for him, one thing more than made up for it: "As a drummer, I was banned to the basement, and friends couldn't understand why I'd want to go practice for hours. But when I was admitted to the orchestra, I suddenly discovered that there were others like me."

Venezuela, China, Japan: the list of countries the BJO has toured over the years is extensive. In 1998 Kurt Masur led it in several American cities to commemorate the 50th anniversary of the Berlin Blockade and the Western Allies' airlift. In 2010 the orchestra performed in Johannesburg and Cape Town during the World Cup.

This summer, it's back to South Africa in connection with the Campus Project, co-organized by Deutsche Welle and the Beethovenfest, with repeat performances in Bonn in September. 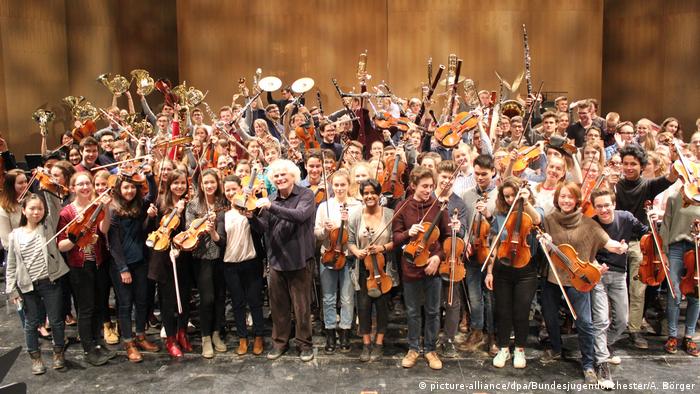 It was through this project that the BJO also participated in the founding of a Ukrainian national youth orchestra and traveled to India and Mexico.

The list of conductors under which the National Youth Orchestra of Germany has learned and performed some 780 concerts in the past 50 years ranges from Gerd Albrecht to Hans Zender and includes musical luminaries like Herbert von Karajan and Leopold Stokowski, Carlo Maria Giulini, Heinz Holliger, Gustavo Dudamel, Alondra de la Parra and Andris Nelsons. Currently active are Kirill Petrenko, principal conductor of the Berlin Philharmonic, and his predecessor Simon Rattle, named the orchestra's honorary conductor in 2018.

"What we can learn from them is the fresh approach," says Ingo Metzmacher, working with the young musicians for the first time. And as Simon Rattle once said to the group: "With music in your hands, I am full of hope."

Russian conductor Kirill Petrenko is to become Sir Simon Rattle's successor at the helm of the Berlin Philharmonic. The news comes just over a month after the ensemble postponed the election. (22.06.2015)

At the Beethovenfest's Campus Concert, the National Youth Orchestra of Germany plays music from Mexico - including a work commissioned by DW. It's a German-Mexican performance full of surprises. (21.09.2016)