The Düsseldorf-born golfer will enjoy some pretty illustrious company as he tries to win a second straight US Open, starting on Thursday. DW's Jefferson Chase looks at his chances and those of the other major contenders. 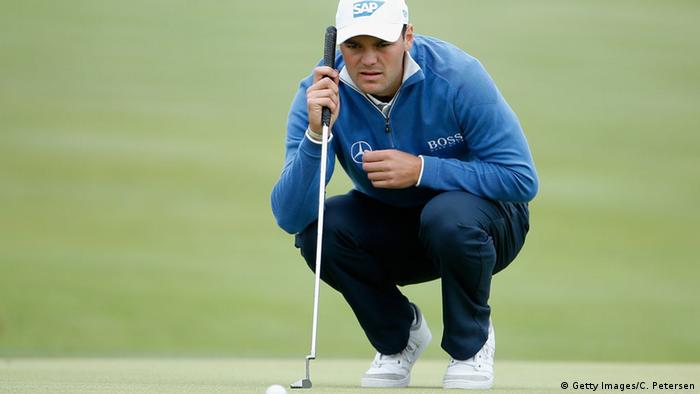 US Open officials announced the flights for the first two rounds of the tournament, which begins on Thursday at Chambers Bay in the US state of Washington. Among the lineups that will have fans licking their lips are shotmaker deluxe Phil Mickelson, 2007 winner Angel Cabrera and iconoclast Bubba Watson.

Germany's Martin Kaymer, who won the event by eight strokes last year after leading from start to finish and setting a host of tournament records, will start alongside world number one Rory McIlroy and US amateur champion Gunn Yang of South Korea.

The biggest name in the game, Tiger Woods, will be joined by American Ricky Fowler and South African Louis Oosthuizen. Only two weeks ago, Woods carded an 85 - his worst round ever as a professional golfer. That hardly makes him the favorite. But if Woods isn't the bookmakers' favorite, then who is? 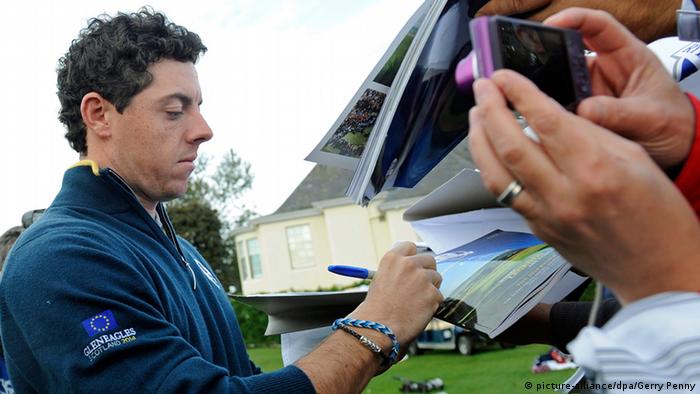 A unique US Open venue

One major factor in determining the 2015 winner will be the course itself. This year marks the first time the US Open is being held in the Pacific Northwest, and Chambers Bay is a links-style course, replete with fescue grass, which is very unusual for North America. There is only one tree on the entire course.

That could well favor players like McIlroy or fellow Northern Irishman Graeme McDowell, who grew up playing precisely these sorts of courses, and disadvantage ones like Kaymer, whose runaway victory last year came at a very different sort of venue.

Asked by the US broadcaster Fox in May about what he knew about Chambers Bay, Kaymer replied, "Nothing really."

But despite its links style, at roughly 7200 meters, the course requires length off the tee. That's another reason why bookmakers have put McIlroy as the favorite, followed by 21-year-old Masters winner Jordan Spieth and long-bombing American Dustin Johnson. The odds on Kaymer are 33/1 - the same as for fallen-from-grace legend Tiger Woods.

And you think the greens are easy? Check out this tweet sent by Bubba Watson:

If the Sporting Club Berlin-Scharmützelsee's bid is successful, there could be Ryder Cup drama in Germany in 2022. DW's Jefferson Chase walks us through a beast of a course that wants to host golf's biggest team event. (30.04.2015)

Spieth shows human side at Masters for the ages

Some of the biggest names in golf are back in with a shout at 2015's first major. This Masters is a tournament that will go down in history for a number of reasons, almost all of them good says DW's Jefferson Chase. (12.04.2015)