Germany's Bundestag has passed a sweeping tax reform package aimed at stimulating the economy. Families, inheritors, businesses and the hotel industry all stand to gain from the bill worth 8.5 billion euros a year. 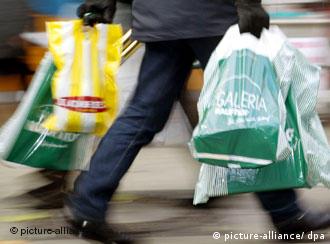 Families are among the most prominent beneficiaries of the package, which is supposed to come into effect as of 2010 but still requires approval of the Bundesrat, Germany's upper house of parliament.

The legislation increases government support payments to families by 20 euros ($30) per month. That translates to a total of 184 euros per child for families with up to two children, 190 euros for a third child, and 215 euros a month for subsequent children.

Businesses are also addressed by the bill and will be able to extend tax deductions and firms in the process of restructuring will also be able to claim back some of the costs.

Some of the more controversial tax cuts apply to beneficiaries of wills and gifts, as well as the hotel industry. Sales tax on hotel bookings is to decrease from the standard 19 percent for most goods and services to 7 percent.

Merkel appealed to the upper house of parliament to pass the legislation when it comes up for review on December 18, so that it could be swiftly introduced.

The Bundesrat is composed of delegates from Germany's state governments, which are far less enamored of the tax cuts because they expect to suffer a short-fall in their budgets.

Some have threatened to vote against the bill and Berlin is still in negotiations with some regional governments to win their support.

Germany's ruling coalition says it will press on with its proposed tax relief plans. However, regional leaders say the plans will cause their budgets to suffer further. (01.12.2009)

Rejecting concerns voiced by her critics, German Chancellor Angela Merkel has defended her government's plans in the coming years to take on more debt to finance tax cuts. (14.11.2009)