Germany′s historical discrimination against gay soldiers unveiled in new report | Germany| News and in-depth reporting from Berlin and beyond | DW | 18.09.2020

The German defense ministry has published a report outlining the extent of historic discrimination of gay soldiers before 2000. But authorities "cannot right every injustice," the defense minister admitted. 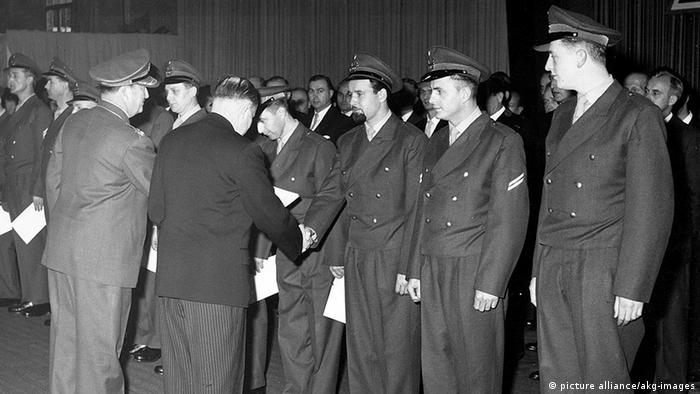 "I can't believe this is happening — I feel like I'm dreaming," 77-year-old Dierk Koch says, blinking down from the podium at a special event at the German defense ministry on Thursday night.

In 1964, Koch was a 21-year-old marine set to travel with other members of the German armed forces to the Tokyo Olympics, an opportunity he described as "amazing." Weeks ahead of the trip, and without warning, he was called up in front of his commanding officer and told he would not be making the trip — and that he had been dishonorably discharged.

Koch's only crime was being gay. "We can't send people like you out in the world to represent the German armed forces," he was told. "My world was destroyed," he recalls, over 50 years later. 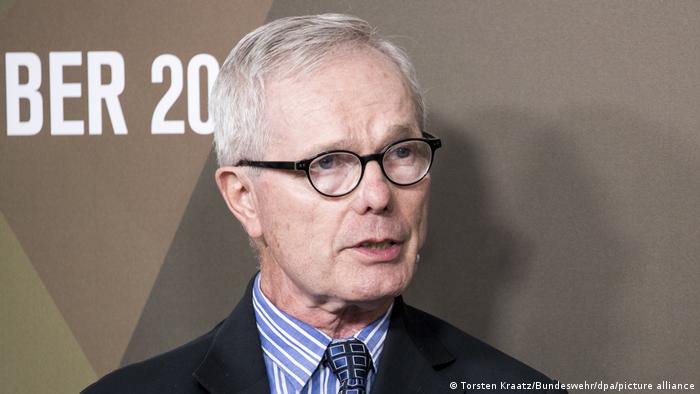 German former soldier Dierk Koch, who was discharged from the Marines for being gay

Koch's story is among those that the German defense ministry has brought to light in a new report on the treatment of gay soldiers in the Bundeswehr — the German armed forces — from 1955 to 2000.

Following the report, Defense Minister Annegret Kramp-Karrenbauer has promised that a new bill on the rehabilitation of gay soldiers who faced discrimination will be put to parliament within the next year. But what exactly does the report say, and how will the government right the wrongs of the past?

Homosexual soldiers were first legally protected from discrimination in the Bundeswehr in 2000.

"Let's not beat around the bush," Kramp-Karrenbauer said. "In the Bundeswehr in the twentieth century homosexual soldiers were systematically discriminated against. This was wrong then and it is wrong now. We apologize."

The report was commissioned by Kramp-Karrenbauer's predecessor, Ursula von der Leyen. Its author, Lieutenant Colonel Klaus Storkmann, interviewed around 60 people, mostly soldiers who served before 2000, to produce the document, entitled "Taboo and Tolerance: The handling of homosexuality in the Bundeswehr from 1955 to 2000." 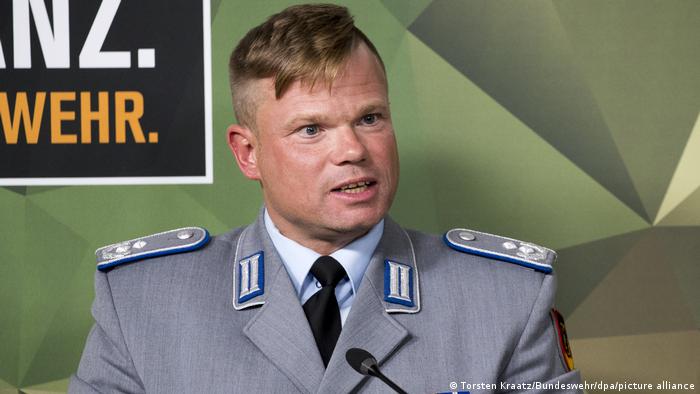 What is in the report?

Stories of discharge like Koch's were not uncommon — forced medical exams were also frequent, as in the case of one former soldier, Chris, who was not included in the report. Chris left the army in 1992 after being sent to a military hospital to undergo medical tests when he came out as gay. He described the stories outlined in the report as "unsurprising."

Serving soldiers were also consulted. "The defense ministry has been meeting with QueerBW for months," Sven Bäring told DW, spokesman for QueerBW, the advocacy group for gay serving military personnel.

25-year-old Bäring, who also spoke at the event to launch the report, also spoke of discrimination he has faced.

"Even when they are legally protected, people can still be afraid of discrimination," Bäring explained.

A question of tolerance

Military historian Storkmann was eager to stress the stories of tolerance as well as those of discrimination that his report uncovered. He said that while systematic discrimination had still been rife, the testimony of soldiers in the 1980s and 1990s show that homosexuals were often — sometimes tacitly — accepted for who they were.

Former soldier Chris told DW that he thinks this reflected the changing morals in Germany as a whole.

"The world was simply changing," Chris said. "Tolerance and awareness of homosexuals was growing in normal society — and the army did not exist in a vacuum."

The report also examines cases of sexual assault in the army, which was an all-male environment in the twentieth century.

"Being a victim of sexual assault was more of a taboo than being gay," Storkmann noted in his summary of the report. He was clear that the study differentiates between sexual assault and cases where consensual sex between men led to public "outings."

But it is unclear why a study into discrimination against homosexual men chose to include sexual violence as one of its components.

"Both topics are incredibly important but deserve to be treated separately," Chris says. Many gay men face discrimination by those who believe that homosexuals are sexual predators.

Kramp-Karrenbauer did not confirm whether the defense ministry will be following up on cases of sexual violence among men that have come to light in the report. 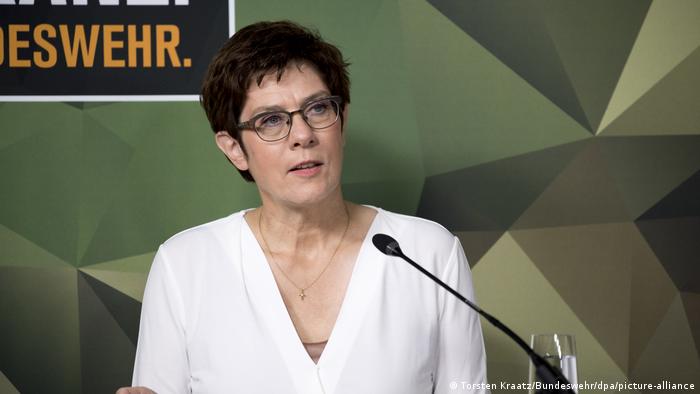 Despite the current initiatives, Defense Minister Annegret Kramp-Karrenbauer admitted that "we cannot right every injustice"

A case of 'pink-washing'?

Critics say the purpose of the report will only be clear once actions have been taken to redress the discrimination.

"It does seem a little like pink-washing," said one serving soldier, who did not want to be named. Pink-washing is a term used to refer to policies by governments or corporate organizations to appeal to LGBT+ people and allies without necessarily making active change.

Kramp-Karrenbauer laid out the goals of the upcoming bill, including the formal pardoning of those who faced legal action for bring gay, and financial repayment for those who were dismissed or passed over for promotion.

But locating every affected person will be no easy task.

"It will be impossible to find every victim of historical discrimination," Kramp-Karrenbauer admitted. "We cannot right every injustice."

Chris, who now lives abroad, says he might not have been aware of the plans if advocacy group QueerBW — who are independent from the defense ministry — had not reached out to him.

But both Chris and Dierk Koch, the marine who was discharged more in 1964, say that a formal apology and acknowledgement of wrongs in the past are more important than any financial reparations.

"Even as recently as 2019 I was told by the defense ministry that they could not formally apologize for my dismissal," Koch said. "So the fact that the defense minister has now admitted that something was wrong — and apologized to me — that means so much."

The Defense Ministry says it wants to make good decades of discrimination against homosexual troops. Even after homosexual acts were made legal, gay soldiers were still long seen as a risk.

Homosexual soldiers who faced discrimination in Germany's Bundeswehr army could receive financial compensation, according to the draft of a new bill. The judgments of military courts will also be revoked.