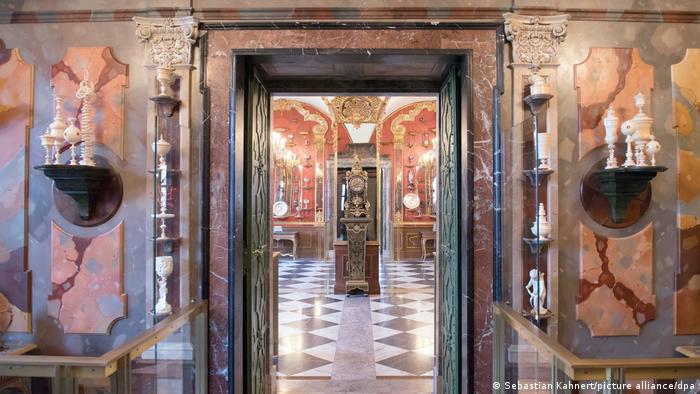 Inside one of the eight rooms of Dresden's Green Vault

Last Tuesday's large-scale police raids in Berlin were just a week short of the actual day on which, one year ago, thieves broke into Dresden's Grünes Gewölbe museum and stole invaluable historical pieces.

Police have arrested three suspects, but there is still no trace of the loot; experts fear the jewel-encrusted works of art have been broken up and will never be recovered.

Here's a look back at the events and the main facts surrounding the brazen heist:

On November 25 at 4 a.m., the burglars started a fire near the Grünes Gewölbe museum, known as the Green Vault in English. It destroyed the building's power box, disabling some of the alarm systems. The gang then cut through iron bars and broke into the Green Vault.

The thieves stole three priceless sets of 18th-century jewelry in a matter of minutes. 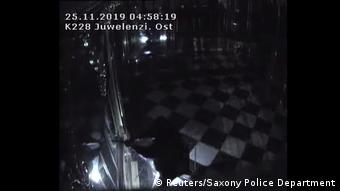 Security camera footage showed two suspects entering the room, waving flashlights across the black-and-white-tiled floor. They smashed a glass display case with an ax and took three sets of jewelry.

According to the director of the Green Vault, the suspects would have had about one minute after destroying the case to take all they could. But one minute was enough: They escaped with a loot worth approximately €1 billion ($1.2 billion).

What is the Green Vault?

The museum, situated in Dresden Castle, houses one of Europe's biggest treasure collections.

Elector of Saxony Frederick Augustus (Augustus II the Strong) had erected a baroque palace between 1723 and 1729 to publicly display his collection of treasures. This palace is now the Green Vault museum, making it one of the world's oldest museums. It's also one of Dresden's most popular tourist attractions and has some 3,000 pieces on display. 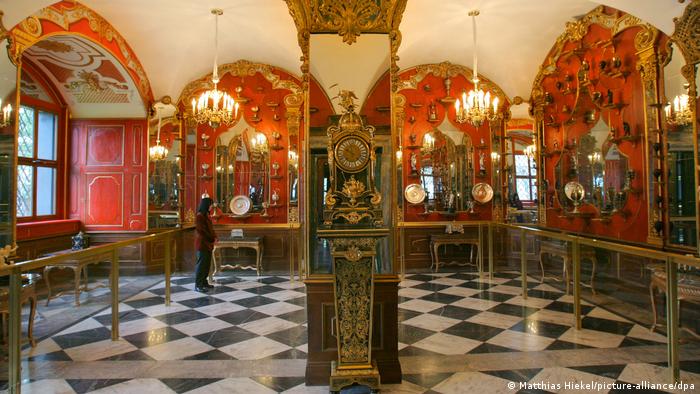 The Green Vault houses more than 3,000 objects of enormous value

The stolen pieces included jewel-encrusted buttons and cuff links and a sword, which had nearly 800 diamonds set into the handle and hilt. There was also a set of jewelry that belonged to a queen of Saxony, Amalie Auguste, who ruled in the 19th century.

The single most valuable stone taken in the robbery was the famed 49-carat Dresden White Diamond, originally from India. Augustus the Strong had gained possession of the stone in 1728, during his reign as elector of Saxony.

Other items included diamond, ruby, emerald, and sapphire jewelry and a diamond-encrusted medal that had belonged to Augustus the Strong during his nine-year reign as king of Poland.

"There is nowhere, in any other collection in Europe, jewels or jewel sets that have been preserved in this form and quality and quantity as these royal sets," Dirk Syndram, director of the Green Vault said after the heist.

Who were the thieves?

Police arrived on the scene five minutes after security personnel triggered the alarm, but the thieves had fled in a car which was later found torched.

Prosecutors indicated the suspects belong to the "Berlin clan network," an organized crime syndicate. One of the suspects had already been convicted for the theft of a 100-kilogram (220 pound) gold coin called the "Big Maple Leaf," which was taken from the Bode museum in Berlin in 2017.

It was valued at roughly €3.8 million ($4.4 million). The thieves had used a wheelbarrow to move the coin to their getaway car. It was an inside job: A freshly hired security guard was discovered to have been in on the theft.

Nearly one year after the Green Vault robbery, more than 1,600 police swooped on the Berlin district of Neukölln. They raided 18 properties and searched garages and vehicles.

Police arrested three people suspected of taking part, including the man already convicted over his involvement in the gold coin heist. He had lost an appeal and was awaiting final sentencing when the clan members carried out the Green Vault robbery.

An international manhunt is still underway for two other suspects, identified as 21-year-old male twins from the same clan.

No trace of the jewels has been found.