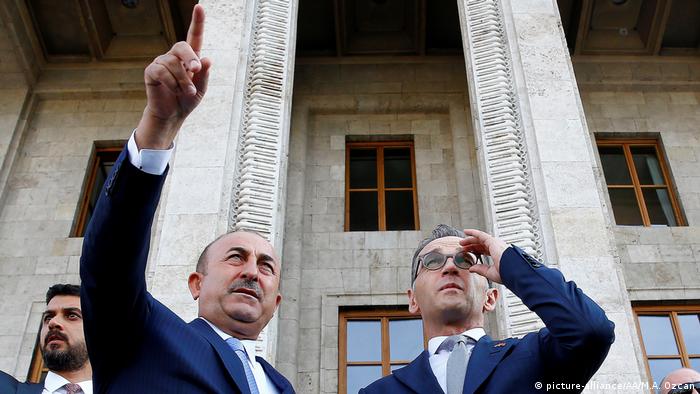 What are the key skills required of a foreign minister? At the top of the list is an instinct for diplomatic sensitivity. Germany's Heiko Maas will have to prove just how well he's honed this skill when he visits Turkey on Saturday. Some two weeks after the country invaded northern Syria, the most important part of Maas' mission is to push Ankara to implement a lasting ceasefire in the region.

There are a number of political obstacles in the way. Not only does Maas have to try to reconcile the German and Turkish governments' very different positions, he also has to factor in the interests of their European partners, and of NATO, as well as the influence of Russia, the main player in the ongoing war in Syria. No wonder Maas spoke by phone with his Russian counterpart, Sergey Lavrov, yesterday in advance of his meeting the Turkish foreign minister, Mevlut Cavusoglu, in Ankara on Saturday. 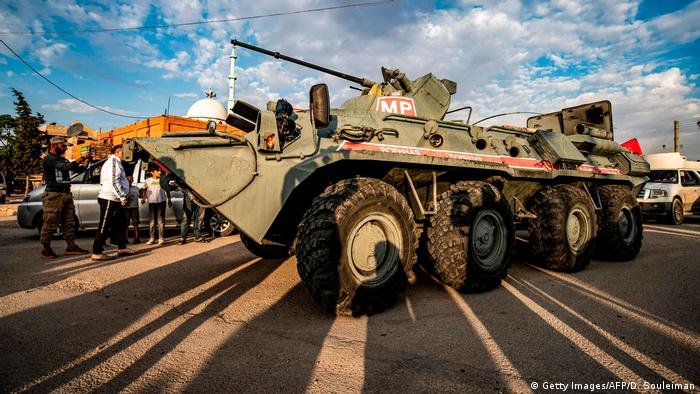 The German foreign minister's difficult mission would be made easier if he had good personal relations with the Turkish government. Unfortunately, the opposite is the case. Turkey's president, Recep Tayyip Erdogan, who justifies the invasion by describing it as self-defense in the fight against Kurdish terrorism, was enraged by Germany's decision to limit its arms exports to Ankara, and by Maas' declaration that the Turkish offensive was "not in accordance with international law."

"You don't understand anything about politics; you're a political novice," Erdogan said to Maas. The German foreign minister reacted calmly to the Turkish president's personal attacks. He didn't want to respond to the insults, he said: "Ultimately, I would rather Mr. Erdogan fired words than rockets. If we can agree on that, he's welcome to go on insulting me."

In the Bundestag, the lower house of the German parliament, Maas on Wednesday spelled out his expectations of the forthcoming talks with Cavusoglu.

"The ceasefire must be observed and the civilian population must be protected," he said.

Turkey must also abide by international law concerning refugees, and it and all parties involved are expected "to support the political process under the aegis of the United Nations."

Maas followed up with similar words on Twitter — which clearly provoked his Turkish counterpart. Cavusoglu tweeted back, in German: "Dear Heiko Maas, I am looking forward to your visit to Turkey. You are always welcome here. But not to lecture us."

The chair of the Bundestag's Foreign Affairs Committee, Norbert Röttgen, recalled Turkey's obligations as a member of NATO. He pointed out that these include the expectation "that Turkey should behave like a NATO partner. And it is not acceptable for NATO partners to break the fundamental rules of international law to pursue their own political goals." Turkey, he said, needs to return to respecting international law.

But the Turkish government will have been paying close attention to the unevenness of German foreign policy in recent weeks. Maas was only informed in a text message from Defense Minister Annegret Kramp-Karrenbauer that she had proposed the creation of an international protection zone for northern Syria. This may weaken the foreign minister's position in the Turkey talks. Maas' skepticism about the implementation of any such protection zone will likely also have a role to play.

In the Bundestag, Maas emphasized that the crucial thing is what agreement can be reached with international partners. Then, on Thursday, in a talk show on German public television, he said, "To be honest, at the moment no one outside of Germany is discussing a protection zone." Fellow SPD politician and Bundestag member Frank Schwabe was more specific: "Annegret Kramp-Karrenbauer is making isolated suggestions that have not been thought through. That doesn't help anyone."

The important thing, Schwabe added, was to give concrete and realistic help to the people of northern Syria and beyond.

Diplomatic finesse will be needed to refute Turkey's possible reservation that Germany's grand coalition is divided. Furthermore, while the European partners and NATO have — more or less — approved the establishment of a protection zone, there are key details that have not been clarified: What conditions have Russia and Turkey attached to their participation in such a mission? What might be a long-term solution? Who is going to pursue theIS fighters and terrorist sympathizers who escaped from Kurdish prisons in the border region?

Start of a new chapter in relations?

Over the past decades, the German-Turkish relationship has developed into what is regarded as both a close and a difficult one. Close, because around 3 million people of Turkish descent live in Germany. Difficult, because there are many points of conflict, from EU accession talks to press freedom and Turkish politicians making election campaign appearances in Germany. The deployment of the Turkish army in Syria marks the start of another problematic chapter in German-Turkish history.

Unless, that is, Heiko Maas manages to stage a dazzling diplomatic performance on Saturday.