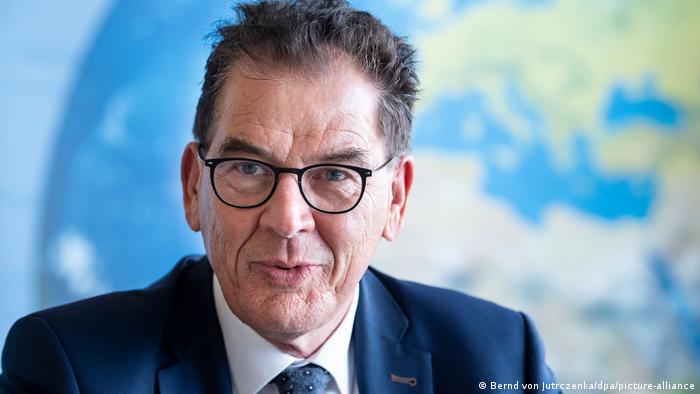 The United Nations Industrial Development Organization (UNIDO) named Gerd Müller as new chief at a conference in Vienna on Tuesday.

The 66-year-old German official is set to take over from the current director-general, China's Li Yong, next week.

UNIDO has been struggling since the mid-1990s, with several financially strong members, including the United States, Canada, Australia, France, and Britain, having withdrawn.

Quest to bring back old members

In his acceptance speech, Müller expressed the hope that some former member states might return during his four-year term.

"We need a much stronger commitment from the industrialized countries," Müller said.

The Vienna-based organization employs some 2,200 people with the aim of strengthening the industrial sector in poorer countries.

Müller, who hails from the southwestern German region of Swabia, cited the expansion of sustainable energy, and development of transport infrastructure and digitization as key objectives for the agency.

The son of a farmer, he also said he wanted to fight for investments in sustainable agriculture and for fair agriculture.

The European Union supported his candidacy at UNIDO . The election had pitted him against candidates from Ethiopia and Bolivia.

Müller, a member of the Bavarian conservative Christian Social Union (CSU), took office as Germany's development minister at the end of 2013.

Before that, he was parliamentary state secretary as well as a member of the Bundestag and the European Parliament. Last year, he announced he would not run for a seat in Germany's 2021 federal election.

Müller takes up the new post at UNIDO in January after Germany's new government takes charge and a new cabinet is selected.