Banks in Frankfurt, Germany's financial hub, are facing major job losses due to the coronavirus pandemic, according to a study. The city appears to be struggling to tempt financiers from London despite Brexit. 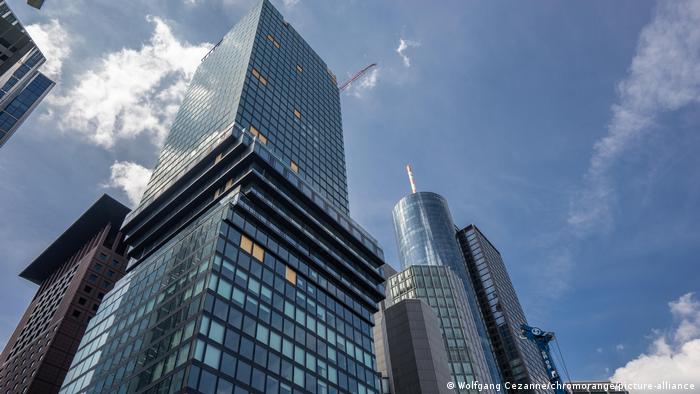 The German economy has been hit hard by the coronavirus pandemic, but even Frankfurt's investment bankers will not emerge unscathed, according to the results of a study published Wednesday.

Germany's banking hub is set to lose thousands of jobs from the economic shocks of the COVID-19 crisis, according to an analysis by Helaba bank.

The Frankfurt-based bank said it expects there would be 2,000 jobs cut by the end of 2022, or a about a 3% reduction from before the outbreak of the pandemic earlier this year.

Deutsche Bank and Commerzbank, Germany's two largest private financial institutions, have already announced plans to cut around 28,000 jobs worldwide over the next few years due to the financial crisis caused by the pandemic.

The fifth-largest city in Germany had been trying to tempt financiers from London as the UK prepares to leave the EU's single market at the end of this year.

Helaba said any influx of financiers will not make up for any losses expected due to the virus.

Frankfurt, a city of 700,000 on the Main river, had wanted to attract people put off by restrictions on cross-border trade and travel post-Brexit.

Amid uncertainty over a "no-deal" Brexit, a report shows banking and finance firms are moving more assets and staff from Britain to the EU than previously thought. Dublin and Frankfurt are among the top destinations.

Have you met Frank Furt? Brexit-uprooted bankers, get ready.