Germany's two largest lenders have called off any further discussions about a merger. Berlin had promoted the idea of creating a banking "champion" capable of supporting Germany's export-orientated economy. 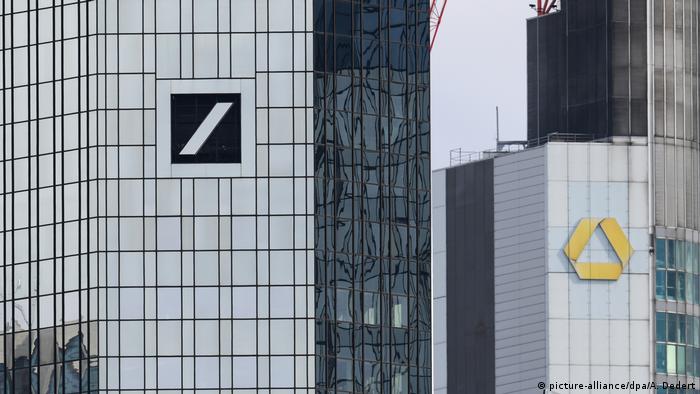 The German banking market’s two major lenders, Deutsche Bank and Commerzbank, announced on Thursday that they had ended merger talks.

In a joint statement, both banks said that their management boards had come to the conclusion that a merger would "not provide sufficient added value."

The government, which has a 15% stake in Commerzbank, had encouraged the discussions in the hope that a merger could create a national banking "champion" to provide financing for Germany's export-orientated economy.

"After thorough analysis, we have concluded that this transaction would not have created sufficient benefits" to justify the risks and costs, Deutsche Bank chief executive Christian Sewing and Commerzbank chief Martin Zielke said.

The announcement comes just over a month after the banks — which have faced increased competition from US, European and domestic rivals — entered talks with one another.

Investors and regulators had voiced concerns about a possible merger, while German unions expressed opposition to the idea over fears that a merger would entail a loss of 30,000 jobs.