What does a perfect chocolate taste like? A German consumer foundation put 25 milk chocolate brands — including Milka, Lindt and Merci — through rigorous testing and tasting. The most expensive chocolate finished last. 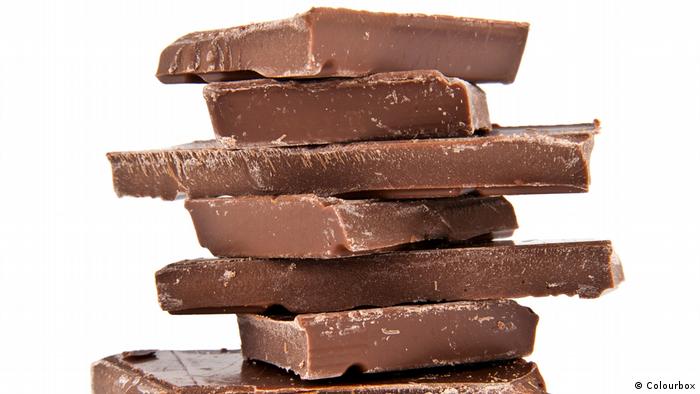 Most chocolates you can buy in Germany are good, and more money does not always buy you more quality, Germany's Warentest foundation discovered during a thorough examination of 25 different kinds of milk chocolate.

Internationally known brands such as Lindt, Merci and Milka were subjected to consumer testing along with discount chocolates from supermarket chains and fair trade brands.

The group ranked chocolates based on taste, touch, aroma and "mouthfeel," but also considered the presence of any harmful ingredients and bacteria, packaging and the accuracy of the ingredients list provided.

The best chocolate should taste creamy with a noticeable note of cocoa and smell like caramel, the foundation said on its website. The testers also appreciated bars that have a smooth surface and no air bubbles and that break apart easily along the grooves.

Unexpectedly, fair-trade product Die gute Schokolade was named as one of the winners, alongside Swedish Marabou Mjölk Choklad, Merci Edel-Rahm and Milka Alpenmilch. Moser-Roth, provided by the discount supermarket chain Aldi, also placed near the top, as cited by German media.

While the testers found Lindt's whole milk product could match Die gute Schokolade in taste and consistency, they took away points for misleading packaging. Lindt's chocolate shows vanilla beans on the box but contains only vanilla extract.

The most expensive chocolate in the test, Godiva's Milk Chocolate, ranked at the very bottom. A 100-gram Godiva bar goes for €6.95 ($7.92) in Germany, but the Warentest foundation discovered it contains more nickel than any of its cheaper rivals. Even so, the foundation emphasizes that the amount of nickel found in Godiva's chocolate is still low enough to be completely harmless to humans.

Ultimately, 15 of the 25 brands were graded as "good" and nine as "satisfactory." Godiva's candidate was only graded "sufficient," according to results published on Wednesday.

Tips and tricks from chocolate experts

For even more enjoyment when eating chocolate, the Warentest foundation recommends letting the bars breathe after opening the package, similar to opening a bottle of wine. At the same time, you should keep the bar away from products with a strong aroma, such as coffee and tea, to prevent the chocolate from changing scent.

Another important tip is to store chocolate between 12 and 18 degrees Celsius, (53.6 – 64.4 Fahrenheit) and to avoid temperature shocks. A sudden jump in temperature can prompt condensation and sugar particles to appear on the surface.

Of course, these tips are only useful for those among us who don't eat their chocolate right away.