The German chancellor has given an impassioned speech on the merits of international cooperation and multilateralism. She warned against "destructive isolationism" at the inauguration of the Paris Peace Forum.

German Chancellor Angela Merkel on Sunday said international cooperation is the only way to avert global crises and war, in the inauguration speech of the Paris Peace Forum, just hours after she and French President Emmanuel Macron marked 100 years since the end of World War I.

"We know that most of the challenges and threats of today can no longer be solved by one nation alone, but only if we act together. That's why we have to stand up for this kind of collaboration," Merkel said.

"Close international cooperation on the basis of shared values that are enshrined in the UN charters: This is the only way to overcome the horrors of the past and pave a new future," the chancellor told the forum.

Before handing the floor to Merkel, Macron said the forum's purpose was "to promote concrete actions to ensure that this work toward peace progresses every year."

Macron warned that the "return of nationalism" posed an existential challenge to international cooperation and threatened to upend the progress made in the wake of two world wars. He also named terrorism, cybercrime, climate change and other global risks as potential destabilizers.

Merkel and Macron's commitment to a multilateral world appeared to be in sharp contrast to US President Donald Trump's "America First" policy that has seen Western relations strained since he assumed office.

Read more: World War I: Brussels at the end of the Great War

Notably absent from the forum was Trump. Instead, the US president spoke at a World War I memorial service at the Seresnes American Cemetery outside Paris.

Trump has been criticized during his visit to France for the centennial commemoration of the end of the "war to end all wars." He ditched a ceremony led by Macron and Merkel on Saturday due to light rain showers in the area.

The US president was also visibly absent when world leaders walked down the Champs-Elysees in Paris to officially mark a century since the end of the war. US Press Secretary Sarah Sanders said Trump had been delayed due to "security protocols." 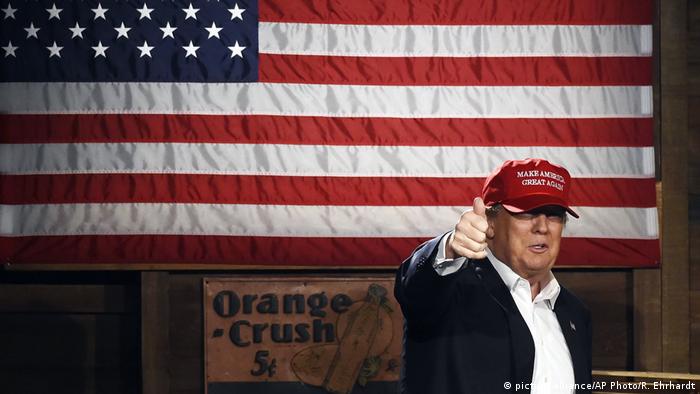