Most members of the German national team come from the Women's Bundesliga but several play their club football abroad. The differing styles of play enhances their individual games — and in turn that of the national team. 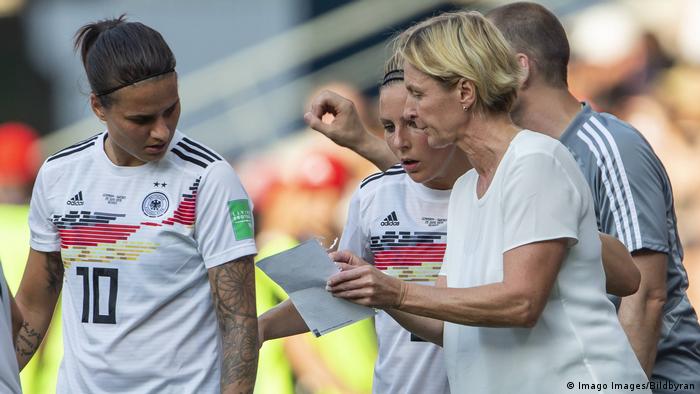 "We benefit a lot from it. We now have players in England and (Dzsenifer) Marozsan and Sara (Däbritz) in the French League," Popp told DW. "They bring with them completely different playing styles."

Däbritz, who left Bayern Munich for French side Paris Saint-Germain two years ago, told DW that playing in a top European league outside of Germany has helped her improve her game.

"The football philosophies differ in every country. I think in France they play a great possession game. There's also more of a focus on speed," she said. "It's very dynamic because of all the quick players. That has challenged and developed me as a player." 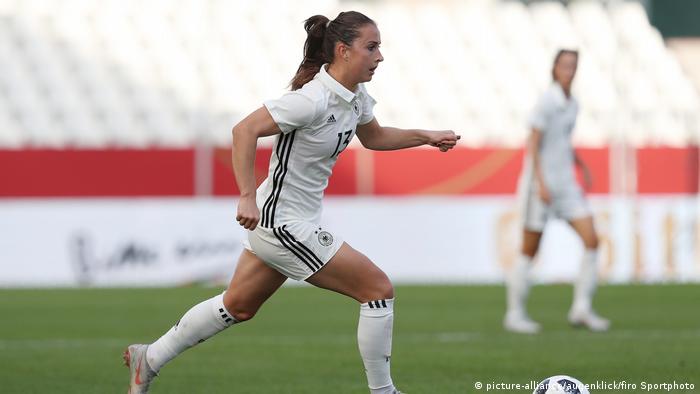 Däbritz isn't the only Germany player in the French league, and Paris isn't the only club with a reputation for refining even the best of players. Playmaker Marozsan plays for Lyon, who are arguably the most successful women's team in Europe, having won the Champions League seven times including the last five in a row. Their club philosophy has even earned the praise of Germany's coach.

"When a physically strong player goes to Lyon and gets training that is more technically oriented then she can only profit from that," Voss-Tecklenburg said. "The same is true if a player who is already technically very strong is now being challenged with the speed of the game."

The notion that every league and club has a style and DNA is nothing new. Each country has its own football culture even though it's not always set in stone. As Däbritz notes, France is more or less associated with ball possession, and Germany is notable for its team's tactical strength. England's Women's Super League is often described as being more physical  not unlike the men's Premier League.

One player who recently discovered this is Melanie Leupolz. The 26-year-old midfielder is one of three German internationals who play in the Women's Super League. After winning two Bundesliga titles with Bayern Munich, she made the move to Chelsea last year.

"The games are more open here, meaning the weaker teams are able to score goals more easily. It's a lot faster, but it is much less tactical here than it is in Germany," she told DW. "But here at Chelsea we don't just play a typical English style of football. We have a lot of technically gifted players." 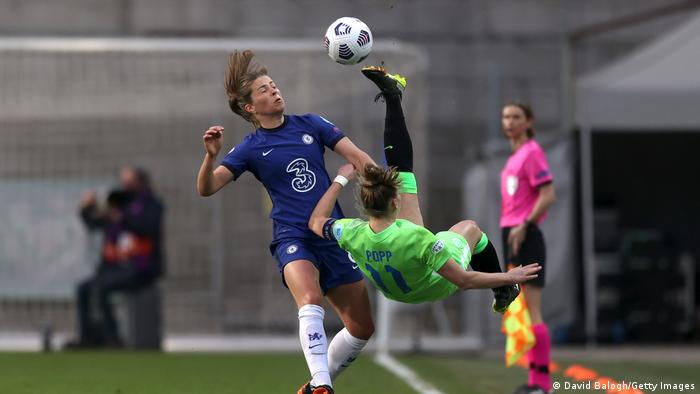 Leupolz has also had some unflattering thoughts about the Bundesliga, saying she finds the Women's Super League more attractive and evenly balanced. She may have a point. After all, Wolfsburg and Bayern Munich have dominated the Bundesliga for the past eight years while the Women's Super League has had four different champions during the same period.

The growth of the women's game in Europe has provided German players the opportunity to ply their trade abroad. While the experiences they gain can only benefit the national team, there are growing concerns that German women's football could fall behind.

"I hope the development in other countries will also be decisive for women's football in Germany," Popp said. "We too need to take the next steps, or it might become more difficult in the coming years. But we are working on that and continuing to develop the game here."

Concerns about the scales tipping aren't unfounded. More money is being invested in the English league, allowing clubs like Chelsea and Manchester City to attract some of the world's biggest female stars. Chelsea, for example, signed Danish international Pernille Harder from Wolfsburg for a reported €300,000 ($357,000), a record fee in the women's game. It was also Chelsea that put an end to Wolfsburg's Champions League dreams this season by thumping them 5-1 in the quarterfinals, one of their heaviest aggregate defeats since 2015.

But at this point, Germany coach Voss-Tecklenburg still sees the top European leagues largely on a par with one another, meaning that where a player plies her trade isn't factored into her selection process – at least for now.

"I think it's great to have all these different influences," she said. "But... one player is not currently worth more than another simply because she plays in League X or League Y."