Germany Wants EU Constitution ″Back on Track″ | Europe | News and current affairs from around the continent | DW | 19.12.2006

Less than two weeks before Germany assumes the EU presidency, the country wants the ailing EU treaty back on track as some warn that indecision is a "warning sign that Europe is paralyzed." 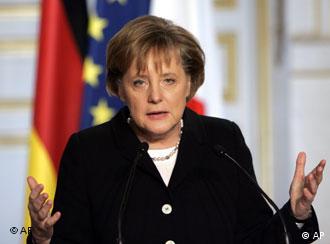 German Chancellor Angela Merkel said on Tuesday she hoped the ailing EU constitution would be put "back on track" and called on members of the bloc to focus on their common interests.

"We hope to get this project (the EU constitution) back on
track, but we know that we must take many factors into account and we must consider how to proceed between now and 2009 (when European elections are scheduled) so that the European Union regains its ability to act," Merkel said. "We must focus on the union and on common interests, and it is important for us to concentrate on them and not on our differences," the German chancellor told reporters after a meeting with Danish Prime Minister Anders Fogh Rasmussen.

Merkel's brief visit to Denmark was part of a tour of European
capitals prior to Germany taking over the rotating six-month EU
presidency from current holder Finland on January 1.

The German chancellor said her country planned to publish a
report at the end of its presidency detailing the progress of
negotiations on the constitutional treaty and a plan for the
continuation of talks on the treaty in 2008 when France takes over
as president of the bloc.

Speaking in Brussels on Tuesday, German Foreign Minister Frank-Walter Steinmeier said Germany wants to use its term as EU president to act as an "honest broker" to revive the EU constitution.

Steinmeier made the comments during a press conference where he presented Germany's EU presidency program.

"We want to be able to propose a timetable and outline the content for the constitution by June 2007," Steinmeier said. 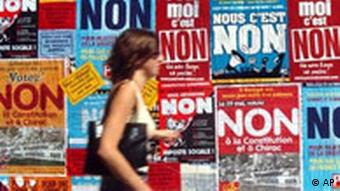 "The faltering constitutional process hasn't just intensified the crisis of belief in the EU, but it has also hindered its daily workings," Steinmeier said.

"The EU accession of Romania and Bulgaria shows that we truly need institutional reforms," he said.

The EU's constitution aims to streamline decision-making in the expanding bloc but it has been stalled since Dutch and French voters rejected it last year.

Steinmeier also said it was important for the EU to speak as one voice on international issues.

Steinmeier promised the EU would keep a close watch on volatile Middle East politics and focus on revitalizing peace efforts by the so-called Middle East Quartet, which includes the EU, the United States, Russia and the United Nations.

"We are very worried about the dangers of escalation in the Middle East," he said, adding that the EU would push for contacts between Israeli Prime Minister Ehud Olmert and Palestinian President Mahmoud Abbas.

The Foreign Minister said Germany wanted to develop a strategy for Central Asia during its six months leading the EU. 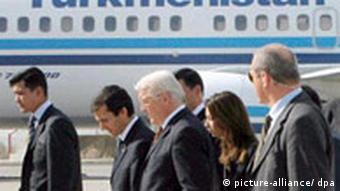 According to Steinmeier, who visited five Central Asian countries in November, "the region has been underestimated."

"Despite their proximity to Russia and China, many of these countries look to Europe," Steinmeier said. "In addition, the area is resource-rich, and therefore is of interest to the EU's economic and energy policies."

Steinmeier also thanked the Finish presidency for its "excellent work," especially in light of last week's decision to partially freeze EU accession talks with Turkey over the country's refusal to establish transport links with EU-member Cyprus.

He said solving the crisis over the Turkish northern Cyprus would be a priority during Germany's presidency.

But Steinmeier played down expectations of any breakthroughs during Germany's presidency. "We cannot perform miracles in six months," he said.

As a summit of European leaders concluded Friday, Chancellor Angela Merkel said Germany would take over the EU presidency in January knowing that it had members' support for an ambitious six-month program. (15.12.2006)

Merkel Rallies EU for Challenges Ahead in Germany's Presidency

German chancellor Angela Merkel used a speech to the German Bundestag to urge Europe to work together to meet the challenges coming its way during Germany's six-month EU presidency. (14.12.2006)